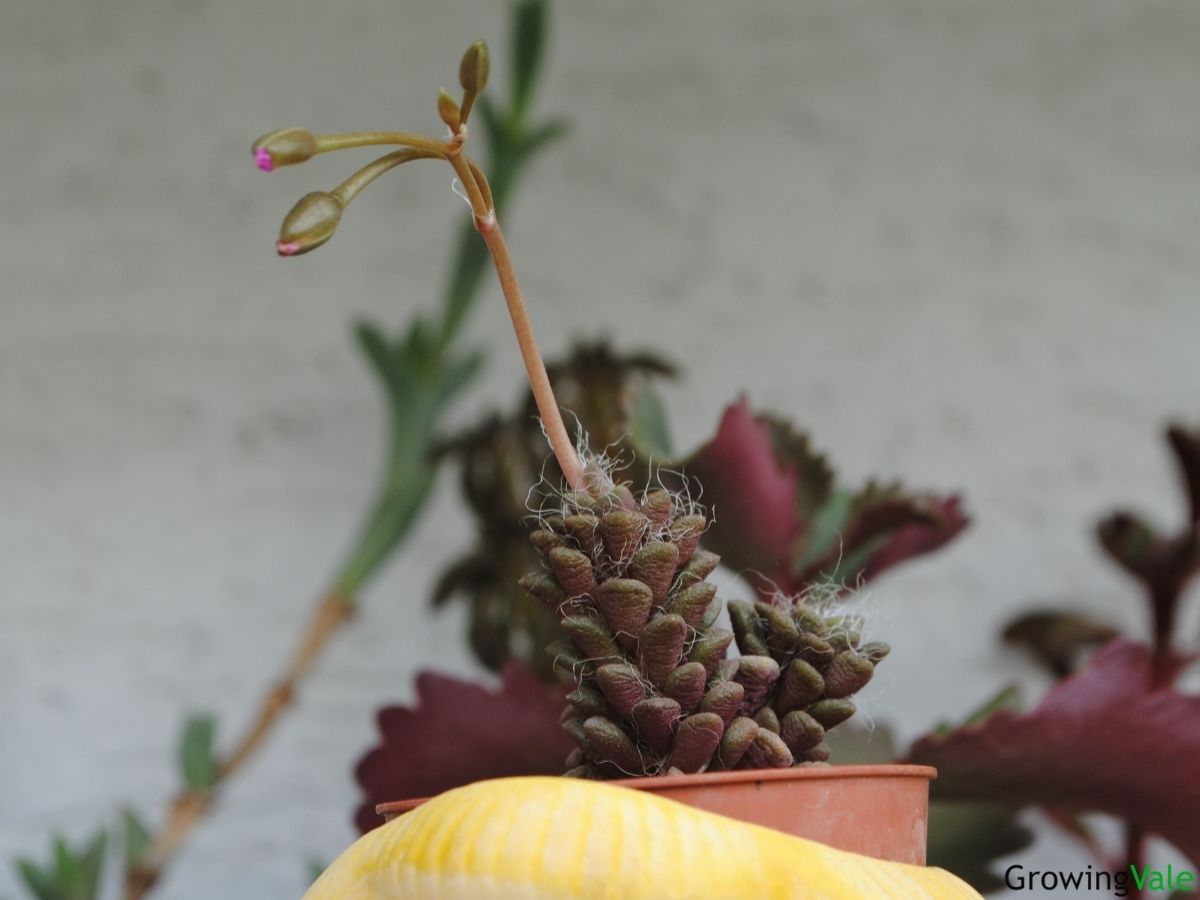 Anacampseros are a genus of low-growing succulents that originate in South Africa. There are just over 100 different species in this genus.

These succulents are easy to grow and require very little care. They make ideal houseplants but can also be grown outdoors in areas that experience mild winters.

Anacampseros appreciate full sun or bright indirect light. In the warmer months, they only need to be watered once a week but in the colder months when the plants go dormant, watering can be reduced to once a month.

Because Anacampseros are mainly low-growing shrubs or ground covers, they make a useful addition to a rock garden. They can also be planted in a variety of different containers and used as decorative accents indoors.

Here are just a few varieties that you can grow.

This is a low-growing succulent that has small, very fleshy leaves that almost look like small rocks and are closely grouped together giving this plant a very distinctive look.

The leaves are covered with tiny white hairs that can grow quite long and will curl. The plant produces pale pink flowers on long stems.

This pretty little succulent has small, tightly-packed leaves that are ovate shaped with a pointy tip and are jade green with tinges of red and brown. The plant forms a tight mat of leaves that spread outward. Depending on the individual plant, the leaves can be covered in tiny white hairs.

The plant produces white or pink flowers that are wheel-shaped and will open in the afternoon, but only for a few hours.

This interesting succulent grows as columns of tightly-packed leaves in a tall rosette shape. The leaves are fleshy and have a white felt covering as well as brownish hairs.

The plant produces red or dark pink flowers on tall stems. These can be quite profuse.

This is a tiny succulent with tightly-packed almost round, fleshy leaves that look like pebbles. The plant will produce masses of tiny white flowers that have very distinct yellow stamens. This would make a great specimen to grow in a small pot on a bright, sunny window sill.

Anacampseros crinita is one of the more popular species that many people like to grow for its distinctive growth habit and bright green, red, or brown round leaves that are tightly packed together and grow up to form small columns similar to Anacampseros baeseckei.

The leaves have tiny hairs that can grow quite long. Some plants may even look like they’re covered with cobwebs. The plant flowers in summer and the flowers are pink in color.

This Anacampseros produces multiple clusters of tightly packed leaves in columns. The leaves are rounded and very fleshy. The entire plant is covered in a coat of white hairs. It produces pink flowers.

This species grows small leaves that are almost ball-shaped and tightly packed together. The leaves have fine white/gray hairs on them. The plant produces bright pink flowers on long stems.

This Anacampseros is slightly different in that it has ovate leaves arranged in a rosette with pointed tips. The plant forms low clumps and is suitable both for rockeries and for growing in pots indoors.

This succulent also produces long, bristly hairs in between the leaves. The flowers are white or pink on long stems.

This succulent is slow-growing with fleshy oval leaves that form rosettes and are bright green but will exhibit shades of red and brown when exposed to full sun. The plant also exhibits fine white hairs in between the leaves. The flowers are pink.

This is another small succulent that has ovate leaves with a pointed tip. The leaves grow in perfect rosettes and are covered with white, curly hairs. The plant produces bright pink to purple flowers.

This succulent has small leaves that are olive green in color, narrow and pointed. They form perfect rosettes that spiral upwards. If you grow this Anacampseros in full sun, it will turn a dark reddish-brown or even purple.

This species will spread once it matures and will put down additional roots as it does so. It produces single pink to purple flowers on 4 inch tall stems.

This succulent has small, round leaves with a pointed tip. The leaves grow in a rosette that gets slightly taller with age. The plant also has a spreading nature.

The flowers are white to pale pink in color on tall stems.

This is one of the more commonly grown Anacampserors. It has fleshy leaves with a very distinct pointed tip. They can range in color from green to purple depending on how much sunlight the plant gets.

The leaves grow in a rosette that extends upwards and can eventually trail over the edge of the pot that the plant is growing in. The plant also produces white filament-like hairs in between the leaves. The plant produces pink flowers in summer.

This species has a similar growth habit to Anacampseros telephiastrum except for its striking leaf color. The leaves can be a combination of intense rose to emerald green. They form a rosette that gets longer and longer as the plant grows.

This means that the plant will spread and produce multiple offsets. The flowers are pink and will appear in summer in the afternoon.