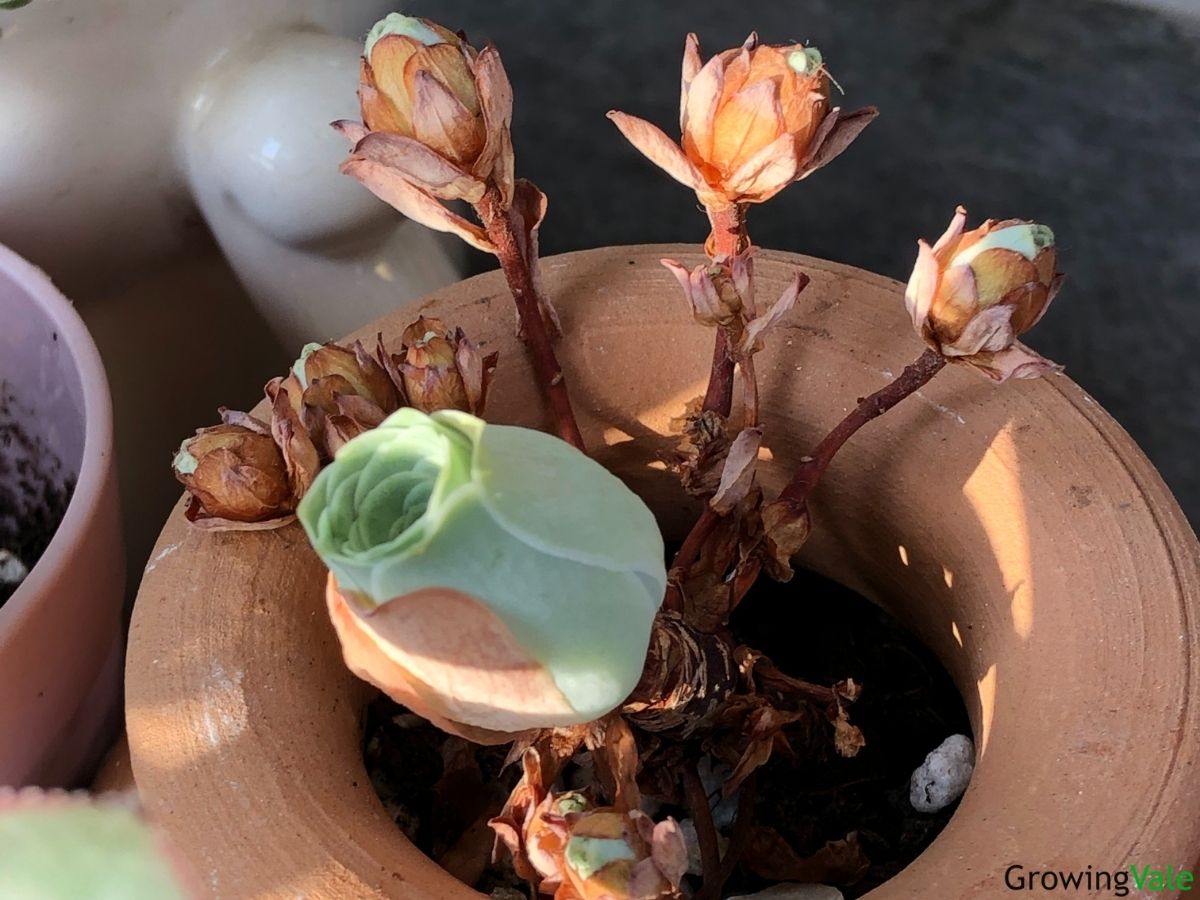 Greenovia rosettes are a wonderful addition to any succulent collection. Their cultivars are relatively rare and may be quite challenging to the rear from seed. Mature, offset-producing rosettes are even more difficult to acquire, but they are nonetheless highly sought-after. The rose-like features of this plant, with origins in the Canary Islands, truly set it apart.

Unlike many temperate plants, Greenovia species have their growth phase during the colder periods of the year. In their natural habitat, this is when sun exposure levels are more agreeable. As they are exposed to the elements in the wild, they enter their resting phase in the summer. Their appearance may change during this time, with leaves curling inward and rosettes becoming more bud-like.

Most cultivars will generally retain this growth habit, as their parent species are native to similar island environments. All parent species are generally green, but newer cultivars have been reared to achieve pink-colored leaves that look more deceptively like rose petals. The four main Greenovia species are listed below, followed by their hybrids.

This species is the most commonly cultivated Greenovia, and for good reason. It is what plant nurseries often refer to as ‘green rose succulent’ because the rosettes look remarkably like large, perfectly cupped rosebuds. The leaves of this species appear paper-like as they are quite fine and can tear or dry easily. The outer edge of each leaf is perfectly rounded, as though a semi-circle, and does not taper.

At maturity and during the peak growth period, G. dodrentalis rosettes can reach a height of 10 inches (25 cm) and expand to a width of 6 inches (15 cm). After the plant goes dormant and loses its bottom leaves, the exposed shoot can appear as the rose stem. Basically, this succulent looks like it is in bloom all-year round.

Note that its official scientific name is synonymous to Aeonium dodrantale because taxonomists re-classified Greenovia in 2003. Don’t be confused as these two species names refer to the exact same plant and plant nurseries tend to use them interchangeably.

This cultivar is extremely rare and is seldom sold in its mature form. It’s possible to acquire seeds through online plant portals, but the chances of successful germination may be quite slim unless conditions are optimal.

The overall form and appearance of this Greenovia cultivar is the same as its parent plant. The main difference lies in the coloration of its leaves. Depending on sun exposure, moisture availability, and temperature, the leaves may have pink-tinged edges or be almost wholly pink. Older leaves tend to have a more pronounced color. The younger leaves, which are very densely clumped so that only the tips are visible, remain mostly green.

Also referred to as Aeonium aureum, this species produces rosettes with leaves that are slightly less clumped compared to those of G. dodrentalis during the growth period. Through dormancy, the rosette closes up and resembles actual rosebuds in their early stage of development. The leaves are also different in that they are tapered instead of perfectly rounded along the exposed edge.

The young leaves of G. aurea may curl slightly outward as they emerge from higher up along the shoot. For this reason, the rosette can sometimes resemble an artichoke just before it comes into bloom. Native to the island of Tenerife, this species is small and delicate.

The rosettes are typically solitary and non-branching. Offsets can appear to arise from the main stem, but they actually originate from the base of the plant and produce their own roots. Like all other Greenovia species, this one flowers infrequently. When it does, the entire plant dies soon after. Yellow flowers are borne on tall stems that can grow to 3-4 times the height of the plant.

Known as ‘pink mountain rose’, this Greenovia cultivar is highly sought-after as its color gives it an almost uncanny resemblance to roses. If you’re after pink roses that never die, this plant is certainly worth looking into. It can cost a pretty penny, however, as just a few plant centers specialize in its cultivation. It can be used in long-lived bouquets, which are now considered trendy.

This cultivar is named after the second-smallest island, now a UNESCO biosphere, of Gran Canarias. To maintain its pink coloration, the rosettes must be kept in a hot area. If temperatures cool down and the plant enters its grow-out phase, its leaves can return to their natural green color.

The leaves of this Greenovia are different from those of its parent species as they tend to have purple or maroon colored stripes. The stripes are short, fine, and resemble broken lines. In younger rosettes, they can look more like specks or light pen marks. The outer leaves of the plant may also be slightly pink-tinged as the plant grows dormant.

Otherwise known as Aeonium diplocyclum, this species produces rosettes that are less cup-shaped compared to G. dodrentalis and more bud-like in dormancy. They can be quite wide in diameter during the growth period, despite occurring on remarkably short stems. A fully mature plant grows to a maximum height of just 6 cm (2.4 inches)!

Each leaf is light green, and the youngest ones appear to glow along their outer edge. They taper very slightly and can appear fully rounded under the non-observant eye. When planting the offsets of this Greenovia cultivar, make sure that the base of each rosette is slightly elevated as leaves that come into contact with wet soil may wilt.

As indicated by its common name, this cultivar is known as a giant in the world of succulents. Its sheer mature size can truly set it apart from other Greenovia species. After several years of care, a single ‘Gigantea’ rosette can grow to 18 inches (46 cm) in diameter!

Its most notable feature is its dormant rosette form. As temperatures warm, the rounded leaves become oriented towards the center of the plant. They delicately rest on top of one another to form a fairly smooth outer surface. Once the rosette has gone fully dormant, it can resemble a bulb or a ball.

Native to the island of Tenerife, this Greenovia doesn’t resemble rosebuds as much as other cultivars. Instead, it is quite similar in appearance to Sempervivum (hen & chicks) or rosettes. The leaves are slightly darker in color compared to those of the species listed above. Their outer edges are markedly tapered.

Each G. aizoon rosette extends to just 3-5 cm wide at maturity. Mature plants produce a profusion of offsets that can eventually form a crowded cushion. They may occasionally produce tall bloom stalks with dense heads of yellow flowers.