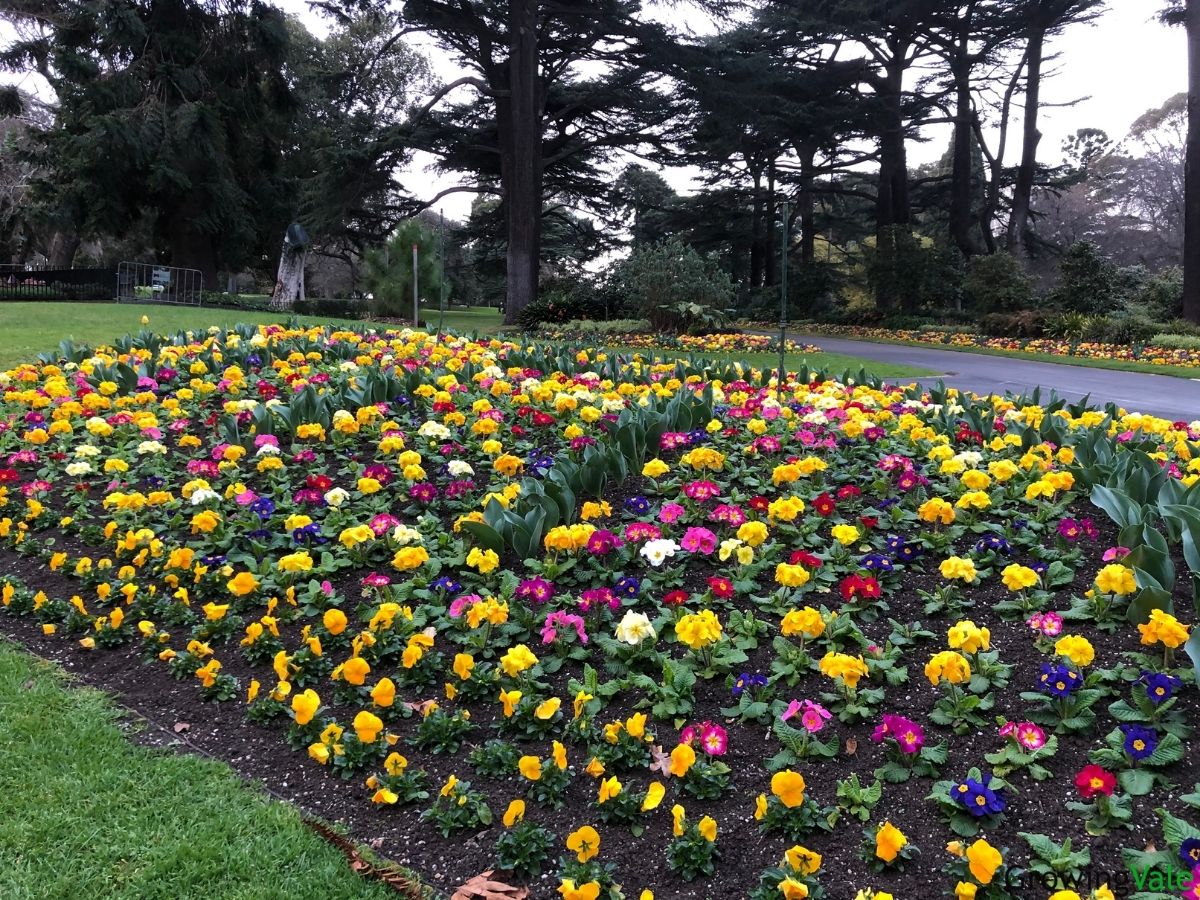 Anyone out there who considers themselves a green thumb will be familiar with the amount of planning, research, and preparation that goes into creating a spectacular outdoor display! It may seem like a bit of a headache, but carefully curating and choosing what plants belong in your garden can be extremely rewarding, especially when the blooming season comes around!

From annuals, perennials, vines, flowering shrubs, and trees, there are so many beautiful flowers to choose from, having a list with all the relevant information at a glance can save you a lot of time and hassle!

Below is a handy list of common flowers that start with the letter H to help you narrow down your flower choices and up your garden game!

Heather plants, or Calluna vulgaris, are evergreen shrubs that are native to dunes, hillsides, bogs, and heaths of Europe, Turkey, Siberia, and Morocco. They have become widely naturalized in other parts of the world where they form dense, thick, mats of foliage. Heather is hugely popular and has been heavily cultivated with an estimation of over 800 cultivars!

They grow up to 2 feet tall and wide and prefer full sun to partial shade conditions. In mid-summer to early fall, these wonderful shrubs produce masses of showy flower spikes adorned with tiny purple or pink flowers. Their flowers are extremely attractive to pollinators like bees making these plants good choices for pollinator gardens!

Heliotropes belong to the genus Heliotropium and are tender perennials that are often grown as annuals. These sub-shrubs are originally found in naturally wooded areas of tropical and temperate America and Europe. They need full sun or partial shade and can withstand occasional wet conditions.

These lovely plants are prized for their beautiful flowers that come in a range of shades including white, purple, and blue. They have a delightful vanilla almond fragrance, although older varieties have a stronger scent. Their little flowers grow in attractive clusters that appear from spring, summer, or fall depending on the variety or cultivar. Plant them along woodland margins to bring butterflies into the garden!

Hellebores are a group of around 20 herbaceous perennials that are native to Eurasia. Many of which are grown as popular garden ornamentals for their evergreen foliage and winter/spring blooming season. They are also called Christmas roses, winter roses, or lenten roses. Although their common names call them roses, hellebores actually belong to the buttercup family, Ranunculacea!

They have showy, cup-shaped flowers that come in white, cream, pink, red, purple, black, and green. Their winter and spring blooming period make them ideal for winter gardens, and for bringing interest in cottage-style gardens over the cooler months! They look fantastic planted alongside hostas, columbines, and coral bells.

Also called liverleaf or liverwort, hepaticas are a small group of around seven species that belong to the buttercup family! They are low-growing perennials that reach a maximum of 12 inches high and are found growing naturally in shaded woody areas in the Northern Hemisphere. Their common name is referring to their leaves, which are said to resemble the shape of a human liver.

Hepaticas have delicate yet showy flowers that emerge in early spring. Their starry flowers can be white, pink, purple, or blue. They have a yellow-ish central stamen and long, yellow-tipped anthers which are visited by a wide range of pollinators!

Heucherellas or x Heucherella, are hybrid crosses of the popular garden ornamentals, foam flowers, and coral bells. Because of this, they are sometimes referred to as foamy bells, and have such a wide variety of cultivars that finding the perfect fit for any garden is easy! These plants are low-growing, only reaching as tall as 1.5 feet, and have wonderful, vibrant foliage, as well as lovely flowers.

Their leaves come in a multitude of shades such as yellow, silver, green, orange, and variegated. Flowers can be cream, white, or pink, and grow in delicate sprays that rise above the foliage. Use them as ground cover, grow them in containers, or plant them en masse along borders. Whatever the need, there is a foamy bell to fit!

Hibbertias, sometimes called Guinea flowers, are somewhat under-rated garden plants that have a wide range of growth habits. Some are fantastic for ground cover, some can be trained as vines, and others have a bushy habit. There are over 150 species in the group, most of which are endemic to Australia.

They typically have bright yellow flowers, however, some species and varieties have vivid orange or white flowers! Flowers have five petals and sometimes have tufted, golden-yellow centers. Foliage is green and varies in shape between species.

Hibiscus plants are members of the mallow family, Malvaceae, and are a group of around 300 species. They can be trees, shrubs, annuals, or perennials, and are native to tropical and warm temperate regions. Hibiscus rosa-sinensis is one the most well-known of the group, and is highly cultivated for its vivid, showy flowers which are a must-have for any tropical garden!

H. rosa-sinensis, also known as Chinese hibiscus, or tropical hibiscus, are evergreen, tender perennials that are winter hardy to USDA zones 9-11. In colder areas, they can be grown in pots and brought indoors over winter. There are numerous hibiscus species and cultivars to choose from in a wide range of colors, flower forms, and flower sizes!

The Himalayan lily or giant Himalayan lily, Cardiocrinum giganteum, is a breath-taking tuberous perennial native to partially shaded areas of the Himalayas, Myanmar, and China. These tender bulbs are winter hardy in zones 7-9, and have fragrant, showy, trumpet-shaped flowers that grow as long as 8 inches.

Their flowers grow atop upright, straight, and sturdy stems that may reach heights as tall as 9 feet! There may be as many as 20 flowers per stem, and blooms are white with deep purple throats. These plants grow best in partial shade, making them a top choice for the more covered areas of a tropical garden scheme!

Himalayan poppies, also known as the Tibetan poppy or the blue poppy, are a group of around 80 herbaceous perennials that belong to the genus Meconopsis. They are a little tricky to grow as they require year-round cool temperatures to thrive. However, those that succeed will be rewarded with an unusual yet strikingly beautiful flower!

These plants grow as tall as 4 feet and have poppy-form flowers that are typically 3-4 inches across and blue, with contrasting golden-yellow stamens! However, white, pink, red, purple, and yellow-colored flowers also exist within the genus. They are fantastic for cottage-style or informal gardens but will also suit rock gardens!

A rather iconic cottage-style garden plant, hollyhocks or Alcea rosea, are short-lived perennials that are often grown as biennials. They can grow as large as 8 feet so are often used at the back of borders to add some architectural height to the display!

Hollyhock flowers grow on tall flower spikes and can be single or double. Their single flowers are fantastic for attracting bees, butterflies, and even hummingbirds into the area, so make sure to choose single-flowered varieties for pollinator gardens! Flower colors include white, pink, red, purple, yellow, or orange.

Honeysuckles are a large group of roughly 180 species in the genus Lonicera. The group consists of both ornamental shrubs and vines. A large number of honeysuckles are found in China, however, they are found worldwide. Several species are highly cultivated due to their showy, fragrant flowers, and easy-to-grow nature.

These plants can be deciduous or evergreen, with most species having the signature two-lipped honeysuckle flower. Their nectar-rich flowers are highly attractive to pollinators such as bees, making them firm-favorites for pollinator gardens. Some species of honeysuckle vine are known to take over the garden and may be invasive so take care when choosing the variety!

Also called plantain lilies, hostas are perennial plants that belong to the lily family. They are originally from Asia and are clump or mound-forming with an average height of 1.5-2.5 feet. Hostas are shade-loving plants that do well in partial or full shade, making them perfect for dark patio corners or woodland margins!

Many gardeners grow hostas for their attractive foliage, however in late summer to early fall, they produce pretty tubular flowers in shades of white and lilac that rise above the foliage on slender stalks. Some varieties are more tolerable of sun than others, as a general rule of thumb, blue leaves types prefer shadier areas and green-leaved varieties can tolerate more sunshine.

Hoyas, also called waxflower, wax plant, wax vine, are tropical climbers that are originally found in Indo-China, Australasia, and Indonesia. In colder climates, they can be grown as indoor houseplants, as they do well in containers and are easily re-potted!

The most common type grown as an ornamental is H. carnosa, which has incredibly unique star-shaped flowers that grow in little bauble-shaped clusters that hang down. Its flowers are nectar-rich so they have a wonderfully, intoxicating fragrance, particularly during the evenings.

Dicliptera squarrosa or the hummingbird plant is also sometimes called the firecracker plant. Be careful not to confuse it with Russelia equisetiformis which also goes by the common name firecracker plant. These plants are tender perennials that originally come from parts of South America.

Their eye-catching flowers are extremely attractive to hummingbirds hence their common name. They have clusters of long, tubular vivid orange to red flowers. Hummingbird plants are drought tolerant making them a great option for a drought-tolerant garden!

Hyacinths are a small group of bulbous perennials in the genus Hyacinthus. They are mostly found in parts of tropical Africa and the Mediterranean. The most popular garden ornamentals are derived from H. orientalis and their flowers are also very popular for bouquets!

These spring bulbs have highly fragrant flowers which are typically blue but can also be pink, white, purple, yellow, and orange. Flowers are produced in dense clusters on short racemes and usually sit amongst 4 to 6 arrow, sword-like leaves. Hyacinths look sensational planted at the front of borders but also make great container plants for patios and balconies!