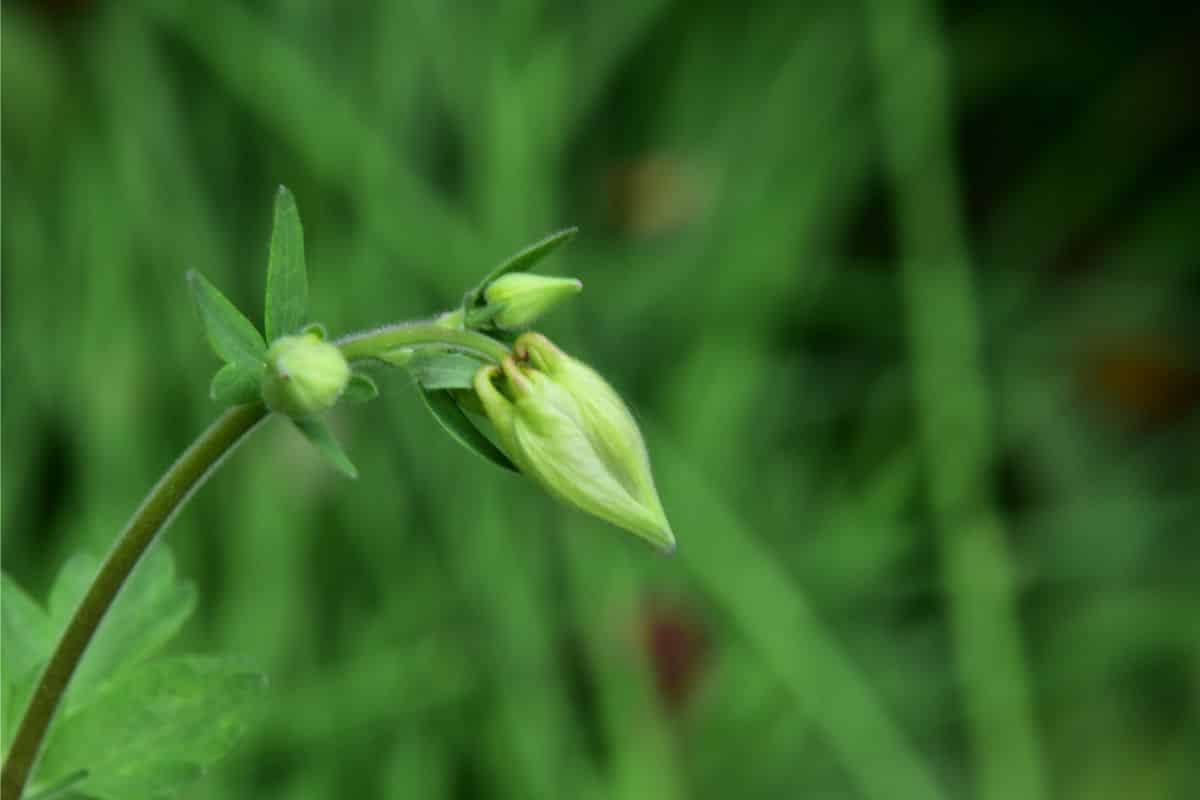 You may have heard of all the kinds of colors of flowers, but you don’t normally hear about green flowers.

In fact, the leaves are the only green thing on plants you mostly see – not in this case! Green flowers will make a stunning addition to any garden because they are simply charming flowers.

In this article is a list of some of the most stunning green flowers out there! Naturally green flowers whether pastel or bright green in color are absolutely lovely especially when in full bloom.

Meaning of the Color Green

The word green was first derived from the Proto-Germanic word grōni and the Old English word grene. The meaning of green flowers is as beautiful as their first bloom.

With the different types of green flowers, the color green is a symbolic representation of life, nature, and energy.

Whether it be light or dark green shades, green will always bear the meaning of growth, harmony, and good luck according to the language of flowers.

Although giving flower arrangements of green flowers isn’t customary, it can be a sweet gesture.

Flower arrangements or a simple bouquet with green blossoms will surely bring luck and good spirits to any person it is given.

In fact, a few green blooms make for excellent cut flowers that can be combined in multiple flower arrangements!

The Angelica or common garden Angelica is a beautiful perennial flower from the Umbellifer family. It is native to Europe, Greenland, and West Siberia.

During the first year, this plant bears clumps of leaves first. After another year beautiful globular florals will begin to bloom, usually during early Summer!

The Bells of Ireland isn’t what you think it is – and no, it isn’t from Ireland. It is a beautiful annual flowering plant from the Lamiaceae family native to the west of Asia, in some parts of Turkey, Syria, and the Caucasus.

When in bloom during the Summer, Bells of Ireland produces an unusual pale to emerald green flower shaped like – well a bell!

The Green goddess is a type of Calla Lilies that bloom from rhizomes. It is a member of the Araceae family and is native to South Africa.

The Green Carnation or Green Ball Dianthus is a beautiful herbaceous perennial from the Caryophyllaceae family.

This type of flower is sometimes referred to as the light green carnations or the Caryophyllus carnations. It features green petals with a slight fragrance and became the queer symbol way back in 1892!

The Chrysanthemum Green Mist is an herbaceous perennial native to most of East Asia. It is a part of the Mist series collection of green-tinged Chrysanthemums which belong to the daisy family.

It features large heads of single or double flowers on a single stem that make it appear like pompoms!

Also known as the Stonecrop, Cockscomb flowers are herby perennials from the Crassulaceae family. It thrives in rocky spaces and ravine edges and is also mostly native to Europe, Northern Africa, and Western Asia.

Cockscomb blossoms feature small clusters of star-shaped flowers with five petals. These flowers bloom throughout most of the Summer!

The Cymbidium Orchid is a stunning green flower that is either a terrestrial or epiphyte. It is a member of the Orchid family and features large, showy flowers that are in bloom for as long as 10 weeks!

The Dahlia is an herbaceous tender perennial from the daisy family. It is native to areas in Mexico and Central America.

Ideally, in bloom from mid-Summer to Fall, green Dahlias are usually hybrids that come in many shapes and sizes!

Tobacco plants are usually more popular because of the nicotine used for smoking but did you know that flowering tobacco is also popular in many home gardens and landscapes?

The flowering tobacco or shooting star flower is an herbaceous perennial shrub from the nightshade family. It is native to Argentina and features fragrant, trumpet-shaped flowers that bloom from Summer to Fall.

The Gerbera Daisy is an amazing flower native to South Africa. It is not a natural green flower but can become green with dyes and pigments.

The flowers are herbaceous perennials from the daisy family. Unlike other flowers that are naturally green, these flowers are still pretty blooms even when dyed!

The Green Star Gladiolus is very infamous for its tall spikes of lime green flowers and sword-shaped leaves.

It is a bulbous plant of the Iris family that is native to South Africa but has now diversified to the Mediterranean and the Arabian Peninsula. The green star is regarded as a unique flower because of the quiet beauty of its green petals and leaves!

The Greater Masterwort is a clump of tiny flowers that are perfect for flower beds or combined with other plants in the garden.

These small flowers are greenish-white in color and resemble little pincushions when in bloom from late Spring to early Summer. It is an herby perennial from the Apiaceae family that is native to Western Asia and Europe.

The Clematis Green Flower is a special vine flowering plant from the Ranunculus family native to the Southeastern United States.

In fact, how this flower turned green is due to a disorder caused by cold soil and temperature. Many say this flower is simply a green trick!

Green Indian Mallow flowers are endemic to the islands of O’ahu, Hawaii. It belongs to the Malvaceae family and is known as a perennial shrub.

The flowers are solitary and come in an array of different shades such as yellow, orange, red, and pink!

Green Hellebores are more popularly known as the Corsican Hellebore or Lenten Roses. From the name itself, this beautiful blossom is native to Corsica, Sardinia.

It is an herbaceous perennial of the Ranunculus family featuring bowl-shaped flowers with showy petal-like green sepals. Bloom time for these blossoms is from February to April.

Hydrangeas are very popular for their spherical clusters of flowers. This deciduous shrub from the Hydrangeaceae family is also known as the smooth or wild Hydrangea.

It is primarily found in areas that are moist and cool. The tiny flowers bloom from May to July in hairy clusters and may have continued several blooms up until September.

Hypericum berries are more popularly known as St. John’s Wort or Sweet Amber. It is a perennial shrub from the Hypericaceae family.

The plant features star or cup-shaped flowers when blooming late in the Summer that can tolerate partial shade. It is fairly low maintenance and only requires regular watering but in fact, this plant is drought tolerant!

The Lady’s Mantle is an herbaceous perennial plant that thrives best in full sun to partial shade conditions. It belongs to the Rose family that is native to the mountain areas in Eastern Europe.

The Magnolia is a magnificent flower – especially a green one at that! Also referred to as the cucumber tree, this plant is native to Eastern North America and it features large leathery leaves and a sweet, tangy, spicy fragrance from the flowers.

It is a member of the Magnolia family and is a flowering tree that thrives best under full sun to light shade conditions.

This Mediterranean Spurge flower is classified either as an annual with a few perennial varieties of trees, shrubs, and succulents.

The plant belongs to the Euphorbiaceae family and is mostly found in temperate and tropical areas. The flowers are greenish and accompanied by bright orange bracts which are very showy!

The Ranunculus or Persian Buttercup is a bulb native to Northern Africa, southwestern Asia, and southern Europe.

The plant is a member of the Ranunculaceae family and features cup-shaped, poppy-like flowers that bloom from late winter until early Spring.

Green roses are as rare as they sound. In fact, green roses are considered strange flowers because they are composed entirely of sepals rather than petals!

Like most roses, this deciduous shrub loves a warm ground temperature. It belongs to the rose family and may bear showy red or purple fruits with other varieties.

The Scabiosa is also popularly known as the Pincushion flower. It is an herbaceous perennial of the Caprifoliaceae family.

The flowers feature a soft green color with frilly petals and a cushion center dish resembling a pincushion. It blooms during early Spring atop strong, stiff stems!

The Spider Flower or more known as Spider Legs is an herbaceous perennial from the Cleomaceae family.

It is a fast-growing tender perennial flower plant with an upright growth habit and thrives best under full sun to part shade conditions. It is native to tropical Africa and is a perfect garden flower for butterfly gardens!

The Tropical Lady’s Slipper Orchid is truly such a spectacular flower. It belongs to the Orchidaceae family and bears three to four flowers that stay in bloom for quite some time.

It is either a terrestrial or epiphyte that thrives best in humid areas such as along stream banks or mountain slopes.

Also known as the Viridiflora Tulip, this green flower blooms in the late Spring. The tulip plant grows from a bulb and is native to Iraq, Iran, Afghanistan, Uzbekistan, Pakistan, and the western Himalayas.

The flowers feature green petals and are sometimes streaked with other colors. It is a member of the lily family.

Wild Columbines or Granny’s Bonnet is an herbaceous perennial of the Ranunculus family.

It blooms from early Spring to late Summer and features sweetly scented blossoms with yellowish-green sepals and petals.

These beautiful columbine flowers are native to the forest, valleys, and wet regions in China, Japan, and Siberia.

The Zinnias are well-adored flowers that are mixed with multiple plants in gardens and floral arrangements. It is an annual flowering plant from the aster family that is native to Mexico.

Like many other flowers, Zinnia plants have several blooms from Spring to frost. The flowers in bloom feature single or double petals that are small or large in size.

In fact, because of its range in size, Zinnias make for excellent cut fresh or dried flowers!

Green flowers are what florists and gardeners call the emeralds of the landscape because of how rare the color truly is for a flower!

So, if you need a little more extra greenery in your garden, then any of these listed types of green flowers can do just the trick! Whether you’re looking for a unique flower or a symbolic meaning for good luck and fortune in your home, a green blossom can do just that!