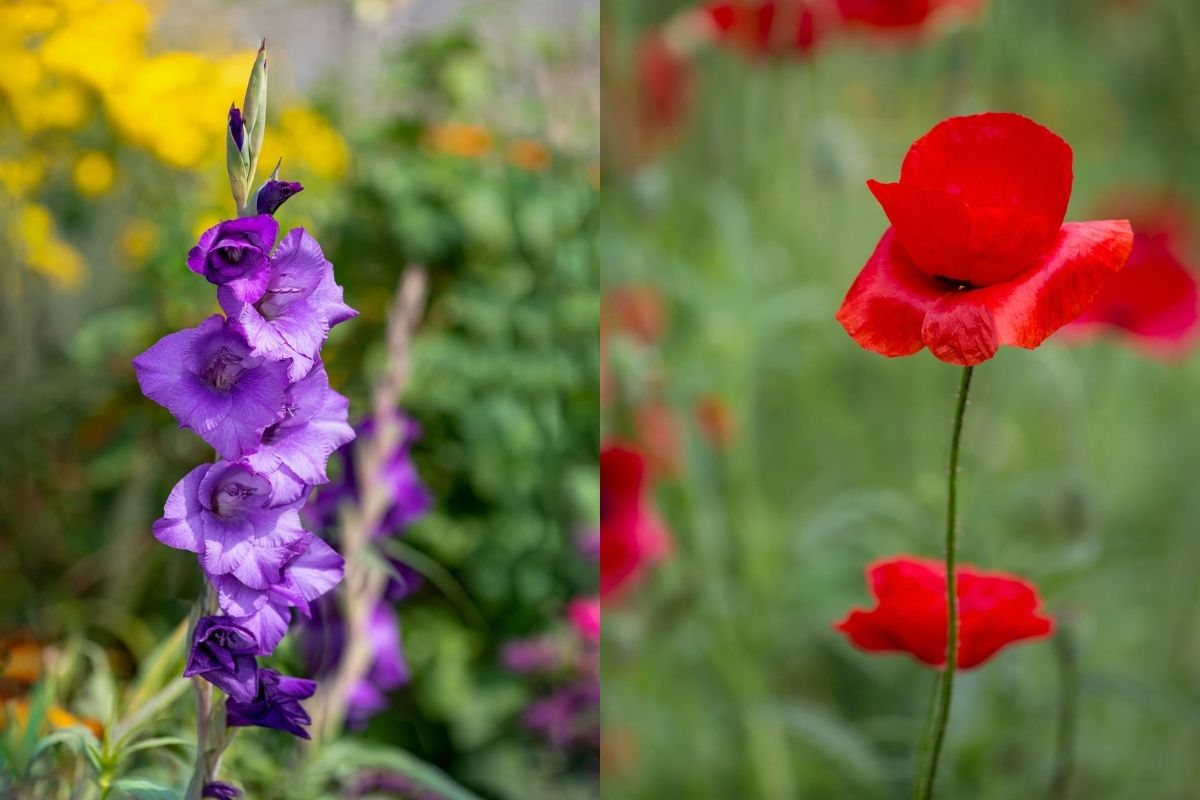 The month of August is one so full of surprises and amazing international commemorations and events! It is the eighth month of the year in the Gregorian calendar and is named in honor of Augustus Caeser – the successor and nephew of Roman dictator Julius Caesar.

Augustus Caesar was the Roman emperor succeeding Julius Caesar who restored peace and harmony in Rome. Upon completing the reformation of the calendar from Julius’ reign, the month of August was then moved to become the eighth month of the year.

Historically, August was first a month with only 30 days, then having 29 days during the reign of Numa, and finally with 31 days during the calendar reformation. Nonetheless, it is a month marked by majestic dignity and grandeur.

This birth month flower has a deeper meaning associated with being consecrated and venerable. In fact, it is the time of year that tells of how the people born during this month have imperial qualities!

Some notable international events are celebrated during this month. These include the Anti-Nuclear Day (Hiroshima), World Senior Citizen’s Day, and the National Days of the Youth and Friendship!

The Gladiolus can also be called the Gladioli or the Sword Lily. What is so interesting about this flower is in its name and appearance. Its name alone has a very keen symbolic meaning. This is because the Gladioli are uniquely appearing plants with sword-shaped leaves and colorful flowers of spikes.

These perennial flowering plants are native to the regions of Africa, Europe, and some areas of the Mediterranean. It belongs to the genus Gladiolus of the Iridaceae or the Iris family. About 300 species make up this sword-like plant genus with its colors as bright as the rainbow!

It isn’t every day that you come across a flower in the shape of a dagger or sword. The Latin genus name actually comes from an Old English word Gladdon or the Latin word Gladius – both of which means sword. This meaning surprisingly refers to how both the leaf and flower resemble different kinds of sharp blades.

The most unexpected belief associated with these flowers is that it represents the brave gladiators in the Roman Empire. No wonder the floral name comes quite close to the word gladiator!

What is the Symbolic Meaning of Gladiolus Flower?

Here’s what to know about Gladiolus symbolism:

A Gladiolus is known as the plant of the moon. The symbolic meaning of these Gladioli flowers each has an interesting story to tell. A Gladioli is symbolic of the strength and bravery of Roman gladiators. It frequently refers to a person – man or woman, who has a strong personal character. According to an ancient Roman legend, two loyal gladiators who were truest of friends were faced to duel each other.

Both have refused to fight and instead struck their swords to the ground – in turn causing the audience to boo in dismay. Disappointed, they were executed where they stood in cold blood. The goddess Flora witnessed the tragedy and turned their struck swords into the beautiful Gladiolus flowers today.

Also called the Sword Lily, these flowers also have a religious symbolic meaning. It represented the sword that pierced the Blessed Virgin Mary’s heart during the Crucifixion of Christ. The phrase “you pierced my heart!” is frequently associated with these flowers as well.

The month of August is indeed very special for the Virgin Mary. The flowers bear the symbol of Mother Mary’s Assumption on the 15th of August – very canny that it is also celebrated during this month with this exact flower! It is also a flower of the Holy Spirit – bearing the divine word of God.

In the Middle Ages, it was popularly known as the irresistible shell bearing the strongest kind of defense again anything bad or negative. Although, this case came after the tragedy of Hyacinthus. An ancient Greek myth tells of how these blossoms were symbolic of infatuation.

Hyacinthus and the sun god Apollo had a very sweet relationship – until tragedy struck. Hyacinthus was accidentally slain by Apollo, crying out Ai-Ai upon his death. Many folks believe this was the end of the infatuation between the two.

Poppies are just so poppy-lar! Besides being famous because of its name, the beauty and symbolic meaning behind these flowers are truly amazing. This flower also has you in for a surprise!

The Poppy is a dainty little plant with milky and juicy flowers and capsular fruits. This milky juicy substance and seeds are actually the source of an addicting drug – Opium! These annual or perennial herbaceous plants are mostly native to the regions located in the northern hemisphere.

These flowers are also commonly called the Corn Rose or the Red Weed. But here’s a fun fact about Poppies – flowers called Poppy can come from several different genera! The true Poppies belong to the genus Papaver. The other genera flowers called Poppies may belong to the Romneya, Bocconia, Eomecon, and Meconopsis genera. One thing is for sure, all these genera come from the same family – the Papaveraceae or Poppy family!

It is very out of the ordinary that you come across a garden ornamental that sources an addictive drug. In fact, its Latin genus name comes from the English words Popi or Popig or a Celtic word Papa meaning porridge. This genus acquired its name from an ancient tradition of mixing the flowers in children’s food to make them sleepy!

As addicting as it naturally is, the symbolic meaning behind these flowers is surely also out of the ordinary!

What is the Symbolic Meaning of the Poppy?

Here’s what to know about poppy symbolism:

Many great cultures of the world have accustomed symbolic meanings with a Poppy. In Chinese cultures, these blossoms were a symbol of dissipation and evil! For the Persians though, this flower holds a symbolic meaning of deep love.

Early Egyptians and Assyrians praised such blooms as the symbol of blood and new life. In fact, early fossils of Poppy seeds were found in Egyptian relics dating back up to 2,500 B.C! Since then, these were spoken of as symbols of death and rebirth.

Meanwhile, historic Greeks and Romans regarded Poppies as floral symbols for the goddess of fertility, love, and vegetation – Aphrodite and Ceres. A local legend says that similar to praying to the goddesses, you can wish upon a Poppy to have all your wildest dreams and deepest wishes come true!

In a more realistic perspective, a red Poppy bears a deep symbolic meaning. It stands for remembrance and respect of those who fought in the wars. Not surprisingly, it is also symbolic of the blood of these warriors.

The red Poppy flower is popularly used to commemorate Veteran’s Day. Not only does wearing these pay respect to the dead, but it is also a sign of good luck and bountiful blessings. In France, the wearing of an artificial Papaver flower is done on the 11th day of the 11th month of the year to celebrate Armistice Day – the day of the fallen soldiers.