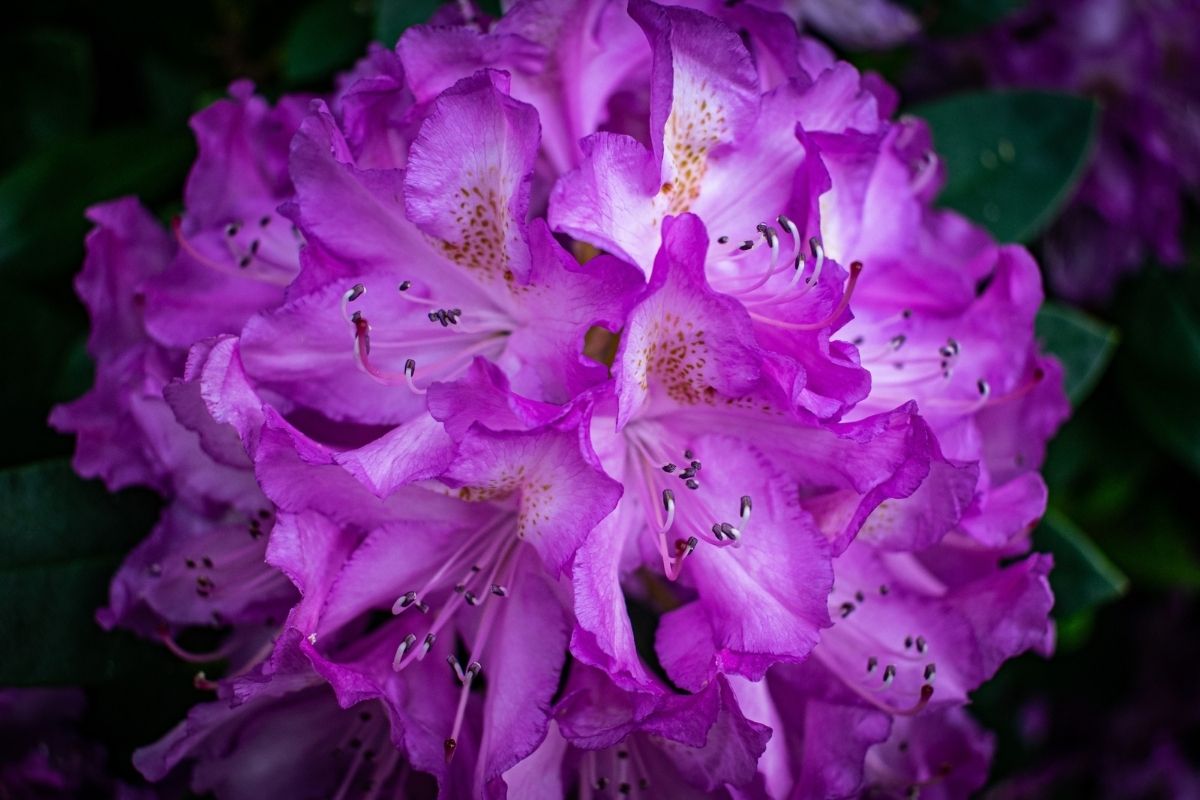 Did you know the Azaleas are closely related to the prehistoric Rhododendrons? Well, they surprisingly are! If you look close enough, the two exquisite flowers can be mistaken for one another. The brightly colored clusters of these fragrant flowers will make a great addition to your garden!

The floral name Azalea was first used in 1755 to describe either an annual or perennial shrubby flowering plant. Although being closely related to Rhododendrons, the Azaleas are actually a subgenus of the genus Rhododendron! It originates from the heath or Ericaceae family and is native to Asia and North America.

The subgenus Azalea derives its name from the Greek word Azaléā meaning dry, parched, or withered. The reason behind its name is actually because of its preferred habitat of growth. Like any adaptable plant, the Azaleas thrive and survive in dry soil conditions!

The Azaleas hold a symbolic meaning as heralds of Spring and a woman’s fleeting beauty. It is commonly associated with the zodiac sign Aries.

In ancient Chinese culture, the blossoms symbolize femininity and womanhood. The flowers also embody the charms, charisma, and wit of a modern-day woman! Although in traditional Chinese art, the Azaleas are an emblematic motif of the fair sex.

During the Tang Dynasty, the flowers were formerly referred to as cuckoo flowers. How this name came to be is quite a surprise because their fluorescence blooms at the same time the cuckoo cries!

The literal meaning of the floral name Azalea in English is a withered flower. Its habit of growth in dry conditions makes this flower send the message of being robust and strong-willed. At the peak of its floral bloom, the flowers signify success and progression in all aspects of life and love.

What does a White Azalea Flower Mean?

White Azaleas sends the reminder of taking care of yourself. Seeing a flower of this color reminds one to make a wellness check every now and then with loved ones.

What does a Red Azalea Blossom Symbolize?

A red Azalea flower symbolizes one’s deep passion for life and love. It is also symbolic of romance, love, and affection.

What does a Pink Azalea Floret Indicate?

Pink Azaleas indicate a woman’s beauty and femininity. It also indicates the strength and delicateness of an alpha female.

What does a Yellow Azalea Bloom Represent?

Happiness and a love that makes one happy are represented by Azaleas of such color. The joy and cheerfulness surely radiate from this bloom!

What does a Purple Azalea Flower Symbolize?

A flower with petals of this color denotes one’s fragility and forewarning of fatal blessings. It reminds one to be cautious and wary!

What does an Orange Azalea Blossom Indicate?

The moderation in vices and bad habits are indicated by blooms with orange petals. This is a great flower to remind one to take care and always be self-conscious health-wise!

What is the Cultural Significance of Azalea Flowers?

Similar to its relative Rhododendrons, the Azaleas have a cultural significance in some Asian countries through celebrating the flora in annual festivities. In Japan, the flowers are celebrated each year in the Azalea festival in Nezu Shrine and Higashi Village. Around 50,000 blossoms are showcased in gardens and exhibits for their beauty and magnificence!

The people of Hong Kong are no different from the Japanese and Korean when it comes to adoring these flowers. They celebrate the Ma On Shan Azalea festival as a symbol of their district and the six local Azalea species of the island. These local species include the Champion Rhododendron, Mrs. Farrer’s Rhododendron, Hong Kong Azalea, Westland’s Rhododendron, South China Rhododendron, and Red Azalea.

What is the Biblical Significance of Azalea Blooms?

The floral name Azalea is said to have derived from the Hebrew name Azaliah meaning near the Lord or reserved by God. Azaliah as written in the Holy Bible was the father of Shaphan the Scribe. The name is symbolic of being close and devoted to God in mind, body, and spirit.

What does an Azalea Floral Tattoo Symbolize?

tattoos portray very bold and inspiring symbolic meanings. It embodies one’s restraint from temptations as well as sobriety from unhealthy addictions. Not surprisingly, these floral tattoos also deliver the message of a woman’s passion and femininity.

The Azaleas are not only known as gorgeous ornamental garden plants! Its multitude of colorful blooms can also be adored as a potted plant or a cut flower. Surprisingly, the flowers are also used as a natural pesticide. The whole plant can be boiled in water and made into a decoction to kill skin bugs of domestic animals and agricultural pests!

Aside from this, the flower also offers a few medicinal benefits. Traditional Chinese medicine claims that the dried flowers can be used as a remedy for multiple ailments such as rheumatism, paralysis, bronchitis, and common toothaches.

The flowers also have claims of having analgesic, anesthetic, and sedative properties that can be applied externally to treat the said ailments. A word of warning that it’s a must to always consult a medical professional before using this plant or any part of it for medical purposes.