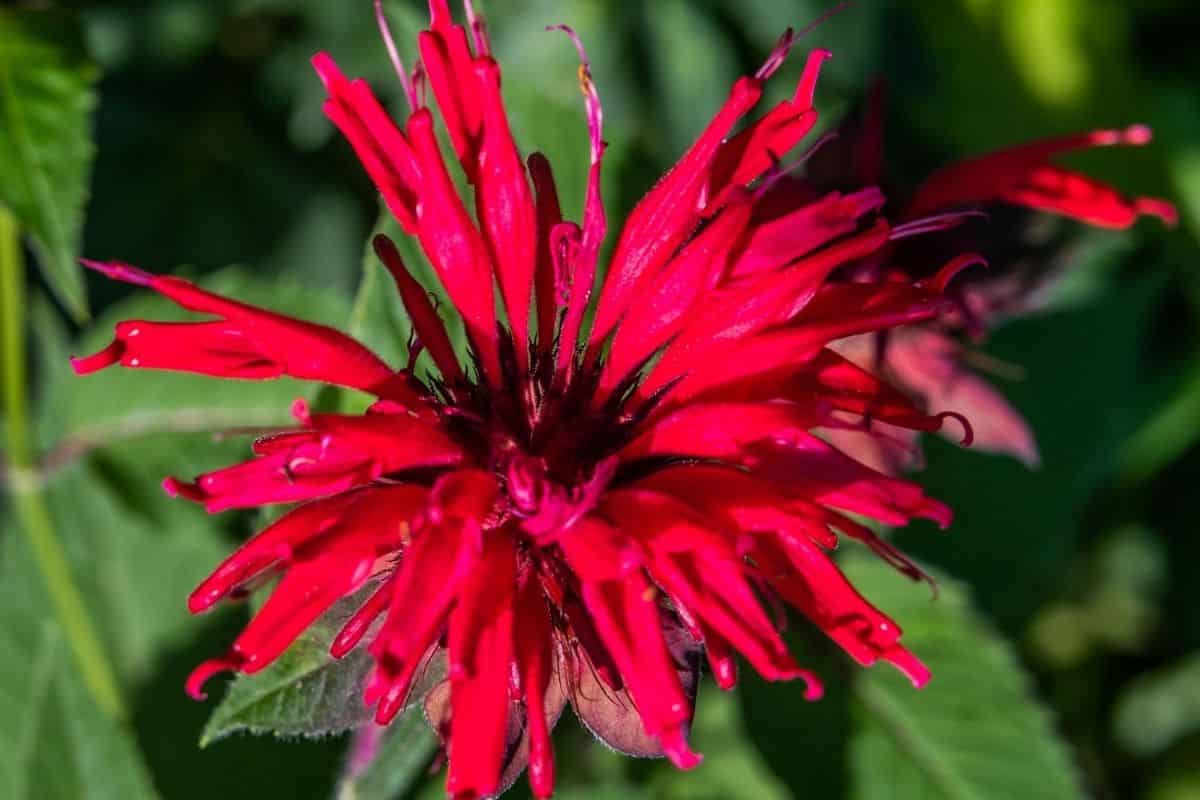 You might think that Bee Balms are flowers shaped like bees or come in black and yellow petals – sadly, it isn’t the case. It is another plant from the Mint family distantly related to the Anise Hyssops. Just like the Agastache flowers, bees, birds, and butterflies also love the Bee Balm!

These flowers are also famously known for their fragrance – it smells just like Bergamot oranges! Many floral lovers love the Bee Balms not only as ornamental flowers but also as herbal plants. Growing Bee Balms today will surely make your garden a whole lot more special!

The Bee Balm flower was first discovered by the Oswego tribe using the flowers as tea. It was defined in 1836 as a perennial plant popularly cultivated as a garden flower for bees, birds, and butterflies. The flowers are so fragrant that it is also used in perfumes or food flavoring.

Bee Balms belong to the genus Monarda of the Mint or Lamiaceae family – similar to the Anise Hyssops. Monarda was named in honor of the late Spanish botanist and physician, Nicolas Monarda who authored the book on Northern American plants in Europe.

The name Bee Balm name is another interesting idea altogether. It was named after the popular herbal use of natural resin for healing and soothing bee stings. There are only 16 species in the Monarda genus where all were primarily native to North America.

When Bee Balms grow and bloom in the garden, it holds such a beautiful symbolism. It is a beacon of good luck and foretelling of good health because of the many medicinal uses of this herbal flower.

In the Victorian language of flowers, Monarda flowers convey the meaning of being irresistible yet charming just like little bees! And the interesting thing about these Bee Balms is that their meaning is also somewhat similar to that of friendly pollinators.

What the bees, birds, and butterflies have in common is that unbearable whim for almost anything and an indecisive mind – when choosing flowers to pollinate or get nectar from!

What does a White Bee Balm Flower Mean?

White Monarda flowers have a very simple meaning. It stands for purity and cleanliness – why it was so famously used as a medicinal tea for the mind and body.

What does a Red Bee Balm Blossom Symbolize?

Bee Balms with red petals have held a deep symbolic meaning. It is a symbol of undoubted passion and a life full of wealth and healthiness.

What does a Pink Bee Balm Floret Indicate?

If there is a flower that stands for humility and beauty, then a pink Monarda flower can do just that for you.

What does a Purple Bee Balm Bloom Represent?

Since bees are such tiny little pollinators, they tend to have a short temper to match. That is why a purple Monarda bloom represents being whimsical yet luckily blessed!

What is the Cultural Significance of a Bee Balm Flower?

The cultural significance of Monarda flowers is quite important, especially in history. The Oswego tribe was the first to use the herb as a tea that was then adopted by American colonists to boycott British tea.

Similarly, after the Boston Tea Party, the Oswego tea was labeled as a patriotic and symbolic substitute for imported teas. Indian women called the Oswego tea as the fiery or flaming plant.

In August of 1807, professor Barton from Philadelphia found Indian women in the village of Oneida traditionally collecting these flowers. The women delicately collected and preserved the flowers in traditionally woven baskets for tea.

What is the Spiritual Influence of a Bee Balm Blossom?

The spiritual influence of Monarda flowers is very much aligned with its herbal benefits. Its very essence grounds the body’s physical energy to the Earth – healing and connecting the body to the soul.

Additionally, it prevents unwanted misdirections in life and reduces the occurrences of absentminded situations. In fact, the very fragrance of these flowers is great for increasing the concentration of the mind.

What does a Bee Balm Floral Tattoo Symbolize?

A Monarda tattoo is another yet uncommon floral tattoo design. Although uncommon, it still bears a very deep and meaningful symbolism. Those who choose this design wish to embody the prosperity blessed in their lives. Ultimately, the delicate appearance of the flower itself is a symbol of success and the fruitfulness of hard work and effort.

It is a floral tattoo indicating a life full of nothing but blessings after hardships and struggles.

The Bee Balms are attractive to not only bees but also humans. It is well-loved because it helps bees produce such excellent quality honey – just like bees that love Anise Hyssops! It has various uses in the floral, culinary, and pharmaceutical industries. The flowers fresh or dried can make for a beautiful floral arrangement in bouquets or vases.

Since it is also a famous caffeine-free tea, it can make a great substitute for Earl Grey. The dried leaves and floral heads can also be used to flavor punches, lemonade, and other fruity drinks. Meanwhile, fresh flowers and leaves can be used for garnishes on salads and other cooked dishes.

Monarda flowers are a natural source of antiseptic ingredients for Thymol. Additionally, it also has numerous medicinal benefits such as anthelmintic, diaphoretic, diuretic, and stimulant properties.