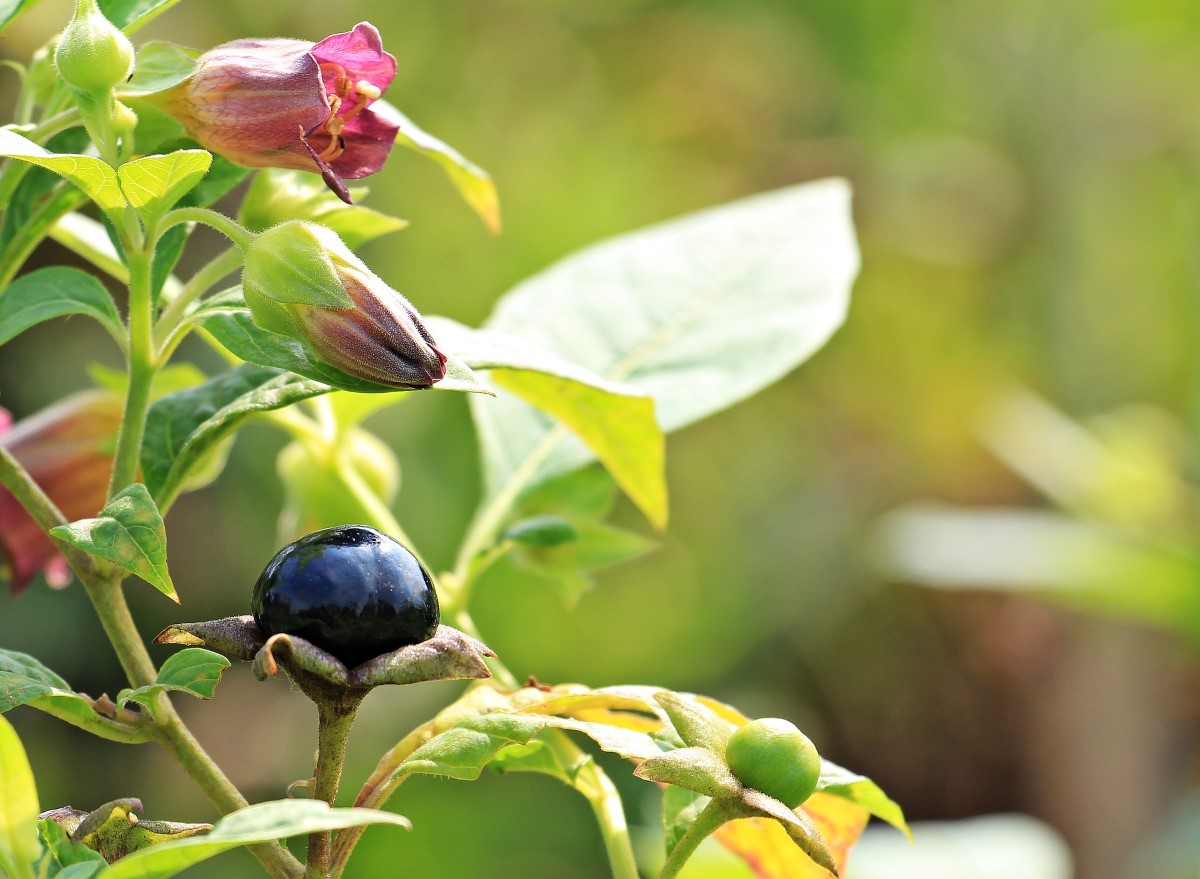 The belladonna flower, also known as the amaryllis flower, is often viewed as a beautiful plant species to add in a bouquet or garden. Native to the tropics, this plant is now found all over the world.

A belladonna represents splendor or sparkle and it also has many different meanings depending on the colors of its blossoms. For example, a red belladonna symbolizes love and passion while a pink one symbolizes friendship.

The Belladonna Lily is a perennial plant with bell shaped flowers and thin branches originating from South and North Africa. The plant grows many parts of scrubby areas where it best thrives. It belongs to the nightshade family and is known to be a poisonous species of bulbous plants. There are distinct species of this plant but the deadly nightshade stands out.

In early history, belladonna played a vital role in World War II. Atropine which was antidote for nerve gas was discovered in belladonna’s black berries. The Belladonna also plays the star in Shakespeare’s play, Macbeth. The plant was used by the Scottish army to defeat the Danes by poisoning the liquor with the belladonna. The Danes were put in a comatose-like sleep and then murdered.

Other types of belladonnas include the Atropa belladonna also known as the deadly nightshade. Because of it’s toxic nature, these trumpet shaped flowers which has shiny black berries (these are also extremely toxic) have been planted with caution and wary. These shiny berries have such a sweet taste it’s like eating honey – some also call this the devil’s cherries!

What Does Belladonna Mean?

Belladonnas were first called amaryllis in ancient Greek mythology. The word means “splendor or sparkling,” its origins derived from a character in one of Virgil’s most popular poems. Amaryllis is also the genus name while belladonna is the common name for this plant.

A nymph, Amaryllis, was a beautiful woman who had a habit of declaring her love for a gardener named Alteo in which she pierced her heart with an arrow at his doorstep – the beautiful lady did this every day for a whole month. This is why belladonnas are usually a deep red color. Sadly, the gardener was unimpressed with the bloodletting and continued to ignore her.

The belladonna name was also derived from the Three Fates in Greek mythology. Clotho spins life’s threads, Lachesis measures the length of life, while Atropos ends it – atropos is where the name belladonna comes from since it means inflexible.

Romans copied the Greek word for the flower but turned it into the Latin amaryllis, and modern English has continued to use this scientific and common name today. In addition to being referred to as the amaryllis belladonna, the flower is also occasionally called a naked lady.

There are many potential meanings for the belladonna plant. Since it is so large, it towers over nearby plants when the flowers bloom from late summer to early autumn. It is associated with pride in Victorian culture. It can also be used to symbolize someone with a strong, self-confident nature.

As a general rule, the belladonna flower is also associated with beauty.

What Does a Red Belladonna Mean?

Red belladonnas usually symbolize love and passion. It doesn’t need to be mutual love, either – belladonnas often symbolize unrequited love. In China, the red belladonna is viewed as a lucky bloom.

What Does a Purple Belladonna Symbolize?

What Does an Orange Belladonna Mean?

These flowers can represent happiness, good health, and good fortune.

What Does a Pink Belladonna Represent?

Pink belladonnas can symbolize friendship and love for people of all genders and ages.

What Does a Yellow Belladonna Symbolize?

What is the Cultural Significance of Belladonna?

Distantly related to lilies, belladonna flowers are known for their longevity and beauty. Just one bulb can live for up to 75 years! These flowers attract bees, who need the blooms for pollination. The flowers are also frequently sold as an alternative to poinsettias around Christmas.

In Victorinan culture, belladonna was viewed as a symbol of pride. Back then, being prideful wasn’t viewed as a negative characteristic – instead, it was seen as something to be envied.

Belladonnas also have medicinal properties given its colorful history. In earlier years, the plant was consumed as a sedative that helps aid bronchial spasms caused by asthma, the whooping cough, and motion sickness. In modern medicinal uses, belladonna drops have been invented as atropine drops. But be cautious since the belladonnas are also poisonous plants and can cause sickness or even death!

What is the Symbolism of a Belladonna Tattoo?

Belladonna flowers are often chosen as tattoos to help add symbolism and beauty to your body art. These flowers are poisonous so they can often symbolize a dangerous sort of imagery, giving your tattoos an edgy appearance.

That’s especially true when they are chosen in addition to accompany other kinds of body art. The meaning of a belladonna tattoo can vary significantly depending on what other tattoos you pair it with.

When Should You Give Someone a Belladonna?

These flowers are appropriate at many times of the year. You do need to be careful about giving them to people who have dogs, cats, or small children, as the leaves, flowers, and bulbs are all poisonous.

Otherwise, the flower can be given to symbolize love and friendship. It is a good gift for a young girl or for somebody who needs a bit of cheering up. When white lilies are given, particularly at a funeral, they can symbolize mourning for a loved one, too.

Check our guide on Floriography for more!