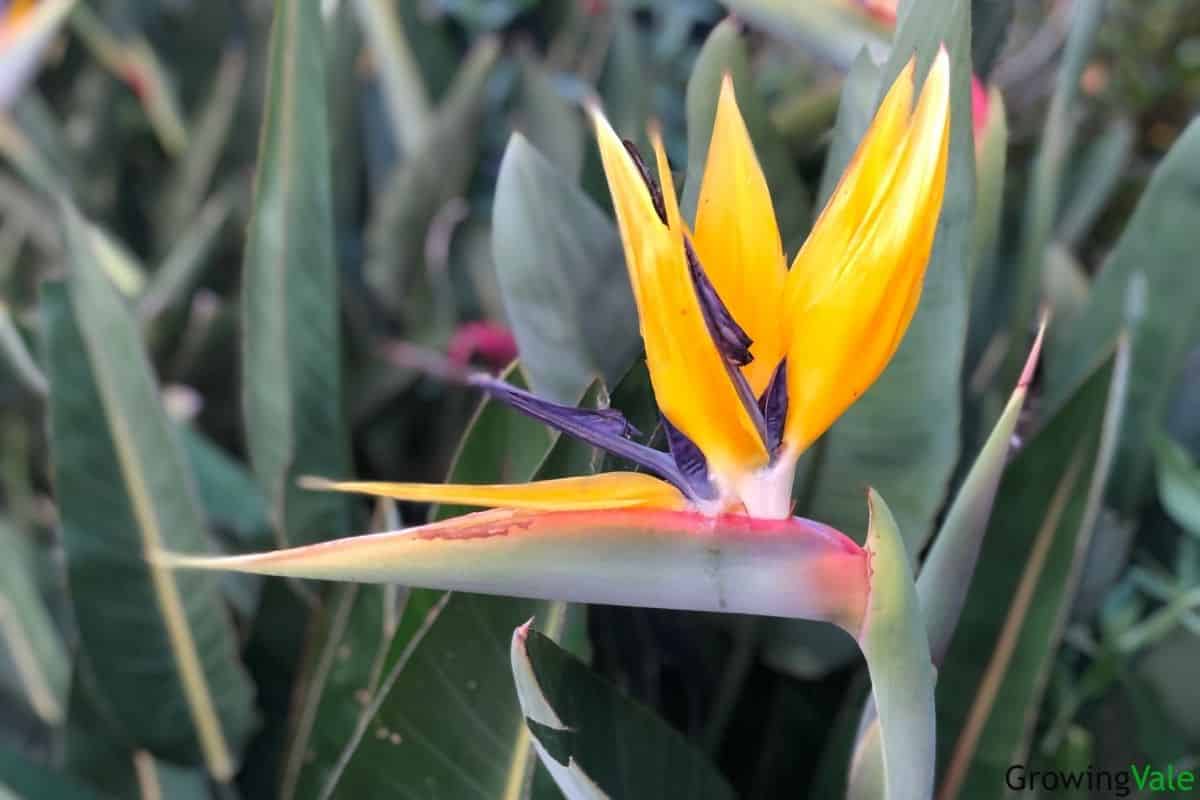 This flower is most fabulously known to resemble a beautiful bird! It may not be a real bird, but how its flowers are intricately formed and how beautiful and rich the colors are just might mistake it for one! The Strelitzia flowers hail from a country as rich and diverse as its colors.

These flowers are filled with so many beautiful symbolic meanings! You will surely want to add this to your garden or home!

History of Bird of Paradise Flowers

The Birds of Paradise were first defined in 1884 as an upright flower with three yellow or orange sepals and three irregularly shaped blue petals. The arrangement of such sepals and petals gave this flower its resemblance to the actual bird-of-paradise, a showy yet beautiful songbird. It is a perennial ornamental flowering plant native to South Africa.

The flower belongs to the genus Strelitzia of the family Strelitziaceae with only 5 known floral species! That’s just how rare and one-of-a-kind these flowers are! It was discovered by English explorer Joseph Banks in the jungles of Cape of Good Hope. He, later on, named the genus after Queen Charlotte, the Princess of Mecklenburg Strelitz and wife of George III of England.

Symbolism of Bird of Paradise Blossoms

One look at these magnificent flowers and you would already know that it beholds such rich symbolic meanings! The flower itself is a gorgeous symbol of confidence and radiating beauty! Besides this, the Eastern Cape species is also a floral motif in Los Angeles, California while the common Crane flower (S. reginae) is the official flower of Natal, Africa.

The flowers are also a symbol of faithfulness. It is believed that when a woman hands this blossom to a man, it is a promise of her faithfulness and loyalty to him forever! Not surprisingly, it also indicates the idea that something strange yet wonderful is about to happen!

Meaning of Bird of Paradise Florets

The name of this flower itself is already striking! Add in the beautiful colors of its sepals and petals, and you get a flower out of the ordinary! The flower is also a herald of rich meanings such as magnificence and splendor. No wonder it’s a blessing from the rich country of Africa!

What does a White Crane Flower Mean?

A white Crane flower means peace and purity. Just like how a bird is peaceful and innocent in nature, the Crane flower takes after this as well.

What does a Yellow Bird of Paradise Blossom Symbolism?

Joyfulness and glee are symbolized by yellow Crane flowers. The erect stance of these flowers with what appears to be the beak chin up high is also symbolic of pride and confidence.

What does an Orange Crane Flower Represent?

Romantic surprises and being diverse are what orange Crane flowers represent. Similar to how this flower stands out, its color also makes it more striking in a field of green leaves and plants.

What does a Blue Bird of Paradise Floret Indicate?

A blue Crane flower indicates unwavering loyalty and devout faithfulness. It is a representation of a pure and kind heart.

What does a Purple Crane Flower Mean?

Just like the lavish culture of the African country, this flower is pure regality and a symbol of unquestionable honor.

What is the Cultural Significance of a Bird of Paradise Floret?

The cultural significance of the Crane flower is very lavish in South Africa. The flower beautifully symbolizes the diverse ethnic nature of the nation and is embellished as an iconic flora in national tourism advertisements and promotions.

The Africans know the Crane flower through the other name Mandela’s gold. This name was bestowed upon the flowers after the first-ever black president of South Africa, Sir. Nelson Mandela. The name is symbolic of the display of new colors of the South African flag.

What is the Spiritual Influence of a Crane Flower?

You wouldn’t think that flowers like these had a spiritual meaning behind them. In fact, Crane flowers and their majestic erect nature help heighten one’s awareness of the invisible reality for all things. It improves one’s intuition and spiritual sense to take on risks and actions towards what one truly desires. Just like how the birds lift off before a flight, this flower will remind you to make the leap and take a chance too!

What does a Bird of Paradise Floral Tattoo Symbolize?

The Birds of Paradise floral tattoo design is just as unique as you are! It is a symbol of being original and truly one of a kind. Just like how only a few species (there are only five to be exact), a tattoo like this is an embodiment of your confidence and innate ability to stand out in any crowd!

Uses of Birds of Paradise

Now you would probably think that these flowers are only meant to be garden ornamental blossoms and bouquets or cut flowers. Well, you aren’t wrong there! There’s a little more use to this flower than you already seem to know.

The most surprising use for this plant is that its seeds can be used to churn or sour milk!

Crane flowers have a known antipathogenic property used to treat a variety of ailments. In traditional medicine practice in South Africa, the plant and its flowers are used as a remedy to treat urinary tract infections. The Zulus make an infusion out of the crushed roots to treat symptoms of sexually transmitted diseases.

Meanwhile, the inflorescence can also be made into an infusion that can be used as a cure for inflamed glands. A word of caution that it’s a must to always consult a medical professional before using this plant or any part of it for medical purposes.