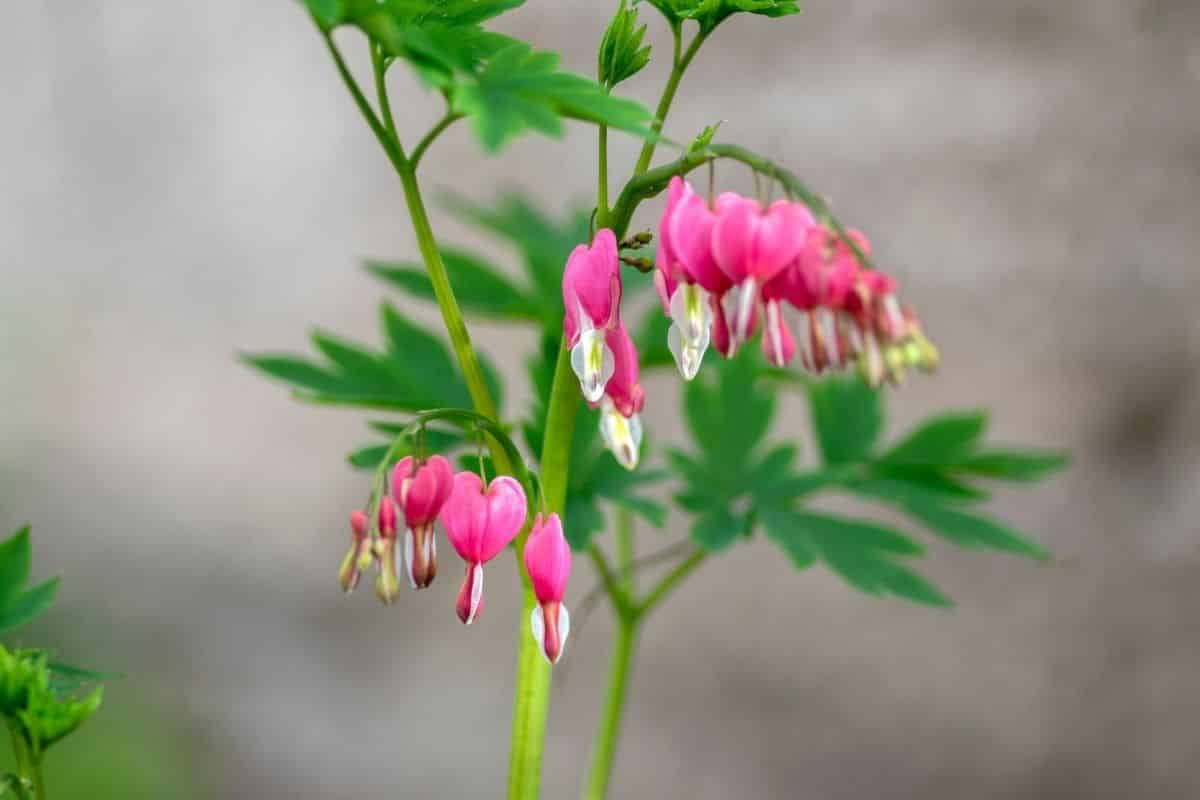 Bleeding Hearts are a flora that appears as literal as their name calls it. It takes the shape of a heart with what looks to be like blood trickling out of it! So don’t hesitate to read ahead what the meanings and symbols are because looks can be deceiving!

History of the Bleeding Heart Flower

The floral name was first used in 1864 to define a perennial garden plant with heart-shaped flowers originating from the Pacific or Asian regions. The Asian Bleeding Hearts are scientifically identified as Lamprocapnos spectabilis while the Pacific counterpart is identified as Dicentra formosa.

Other species of these flowers have white or red petals and are fascinated during the Spring and Summer.

Symbolism of the Bleeding Heart Blossom

The most common symbolism associated with the Bleeding Hearts is the portrayal of beauty and positive energy. The flowers mostly embody people who are extremely soft-hearted and deeply sympathetic especially to those who are persecuted or mistreated.

Expressions of lingering pain and passion are also attributed as symbols of these blossoms. So, if you’re thinking of a way to express such emotions, you can do so by displaying a vase of Dicentras or Lamprocapnos blossoms.

Meaning of the Bleeding Heart Floret

A far-fetched meaning of this flower is the conveying message of flying or fleeing away from danger or uncertainty. Similar meanings of this flower also include valued friendship and a display of warmth at home.

What Does a White Bleeding Heart Flower Mean?

Dicentra spectabilis ‘Alba’ reflects an image of a person’s purity and innocence, especially for women and children.

What Does a Red Bleeding Heart Blossom Symbolize?

Red Bleeding Hearts distinctly symbolize both one’s sorrow from a loss and the affections of love for a significant other.

What Does a Pink Bleeding Heart Bloom Represent?

Dicentra or Lamprocapnos species with pink-petalled flowers display a person’s undying and unrequited love. It also mirrors the elegance and fidelity of women and the general remembrance of past emotions.

What are the Symbolic Mythologies of a Bleeding Heart Floret?

There is a story that goes to tell that if one crushes the Bleeding Heart’s floret, either a red or white liquid will ooze out from it. It is believed that if red blood-like liquid trickles out, your heart will be full of affection from your true love. On the other hand, if a white substance oozes out, well you aren’t in much luck, the one you truly love loves you no more. Better hope that whenever you come across this flower, a red liquid comes out!

What is the Biblical Symbolism of a Bleeding Heart Flower?

The Dicentra or Lamprocapnos biblically symbolizes the death of the Virgin Mary’s loved one, and in this case, it was Jesus Christ. The symbol of sorrow was associated with this plant because of the sorrow She felt upon His crucifixion. The literal name of Bleeding Hearts represents His heart with droplets of blood. The droplets of blood also signify Mother Mary’s lost love and the wounds of Christ.

What Does a Bleeding Heart Floral Tattoo Symbolize?

This choice of a body art design is mostly for those who choose the embodiment of positive energy and elegance. It is an uncommon motif for a tattoo but those who ink these onto their bodies also reflect the love and passion within their hearts.

Uses of the Bleeding Heart Bloom

Frequent uses of Dicentra or Lamprocapnos involve the ants present in gardens and yards. Its rich and oily floral parts make up the insect’s food which in turn helps spread its seed to other areas. Speaking of gardens and yards, these flowers are a great inclusion as flowering plants among ferns as a ground cover decor.

Since these floras bloom from late Spring and up until early Summer, they can be used as accents or fillers in floral arrangements and bouquets that can survive for two weeks! You can admire its beauty and tell your friends of the meaning and symbolism behind it!

The flowers also have claimed medicinal uses that are still up for further medicinal research and study. Traditional medicinal uses by indigenous people use the plant roots as a drink claiming to aid with skin problems and other related diseases.

Some claims also say that drinking the extract of the roots by boiling treats syphilis and cramps. A word of warning once again to first consult medical experts before using this plant as a remedy since it is also known to contain a poison dangerous to other plants and animals.