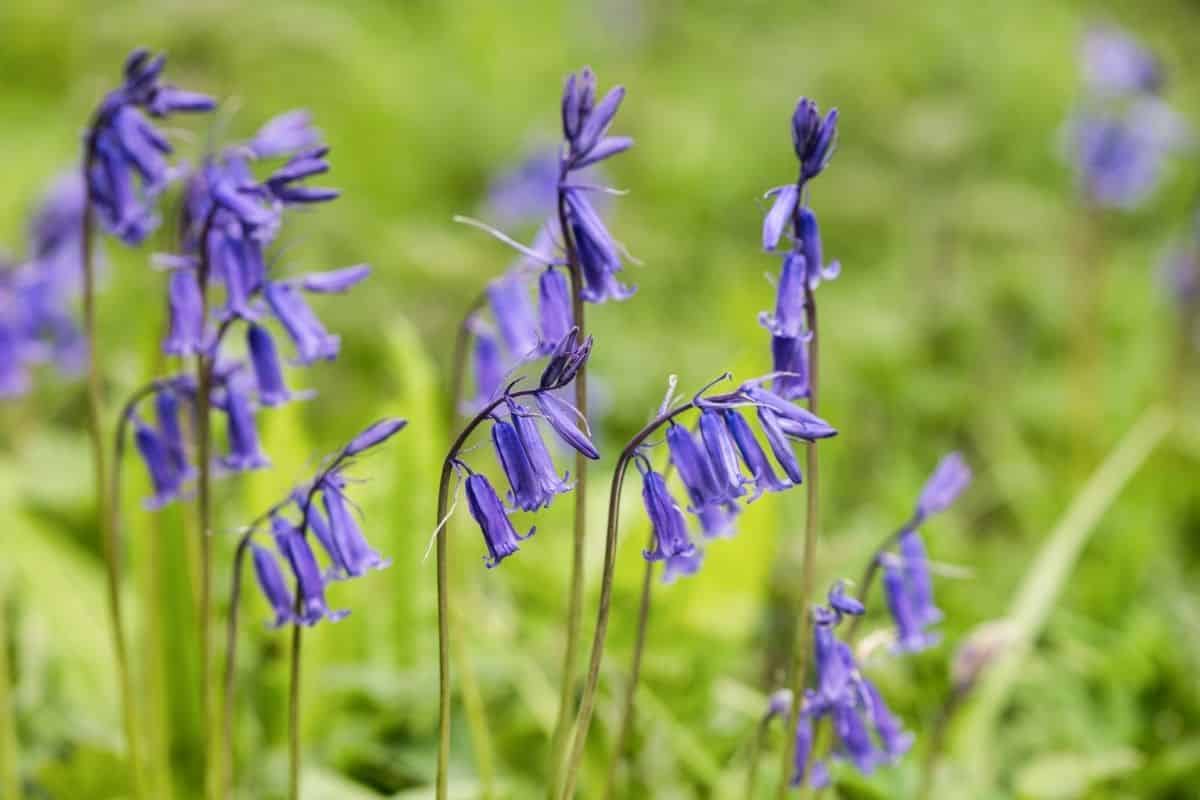 There’s a whole new way to make a wish and it isn’t upon a star. Introducing a flower that holds mystic powers and meanings. The bluebell is surely one not to disappoint in awe and beauty!

History of the Bluebell Flora

It was first described in 1578 as a cluster of blue bell-shaped flowers. It comes in several blooming shades of white, pink, and purple each with its own distinctive meaning.

Symbolism of the Bluebell Blossom

The merit of bluebells embodies the goddess of love and beauty, Aphrodite, and the image of the Blessed Virgin Mary. Given the flower’s mellow grace and calming shades, it symbolizes everlasting love, good fortune, and truth.

The bluebells were once the symbol of England’s national flower symbolizing a great generation and emerging power. The English folk also dedicated these flowers as the symbol of their patron St. George.

Meaning of the Bluebell Bloom

Bluebells reckon a whole bunch of meanings. Some beliefs include the mystic wonder of the bluebells being delicacies to the folklore faeries. The flowers could also offer meanings of kindness and faithfulness of the human heart.

It is said that bestowing bluebells in bouquets to a friend implies that that person means the world to you or that you’re thinking of them! What a way to express your feelings, am I right? On the contrary to this, these flowers also emit feelings of submission and retirement. Probably to express one’s weary state!

What Does a White Bluebell Flower Mean?

White bluebells are known to depict the meanings of constancy and humility. It is for this reason that the flowers appear sweet and mellow in the fields.

What Does a Blue Bluebell Blossom Symbolize?

Bluebells with blue petals embody distinct symbols of grief and gratitude. This symbol of grief represents the metaphor of feeling down and blue.

What Does a Pink Bluebell Bloom Represent?

Lull pink bluebells denote instances of harmless mischief or simply playful joy. These are usually associated with the faeries who are known to be frisky and dubious at some time.

What Does a Purple Bluebell Flower Mean?

Expressions of apologies and jealousy are portrayed by purple bluebell fields. Alongside expressing one’s regret, this flower can also mean forgiveness and moving forward.

What are the Symbolic Mythologies of Bluebells?

According to mythic stories, bluebells are believed to carry within their graceful flowers dainty faeries over to their processions under the moonlight. It is believed that making a selfless wish on these flowers would grant one their wish during the dawn of Spring.

In the scenario of romance, it is said that if one can turn bluebells inside out, you will luck with attaining the affection from your true love. Alternatively, if you want good fortune, all you have to do is pluck a bluebell and cast a rhyming enchantment. Better start keeping an eye out for these flowers then!

What is the Cultural Significance of Bluebells?

Old wives’ tales from the Scottish folk say that plucking bluebells is a sign of bad luck. The riddle behind this is that witches are believed to disguise themselves in the shape of these flowers and hide amongst the fields. Be extra careful when spotting a bluebell or you might just run into mischief!

What Does a Bluebell Floral Design Mean?

Body art enthusiasts with bluebells as tattoos choose to embody their humility and gratitude in life and love. It can also portray their everlasting love for someone or something!

Uses of the Bluebell Plant

The bluebells are habitually used as ornaments and decors in gardens and yards. It is also used as accents on bouquets or cover design in wide areas of woodland given the beau of its flowers.

Inadequate evidence of its medicinal value is available, although traditional medicine claims that the bulbs are used as a diuretic or styptic treatment. Presently though, these are now considered toxic for their glycoside contents and sap which causes dermatitis.

Traveling back in time to the Bronze age, the sap was used as an adhesive to book pages into spines and stuck feathers on arrows.

Present-day uses of these flowers involve dyes or pigments and scent inspiration in many hand creams and body soaps.