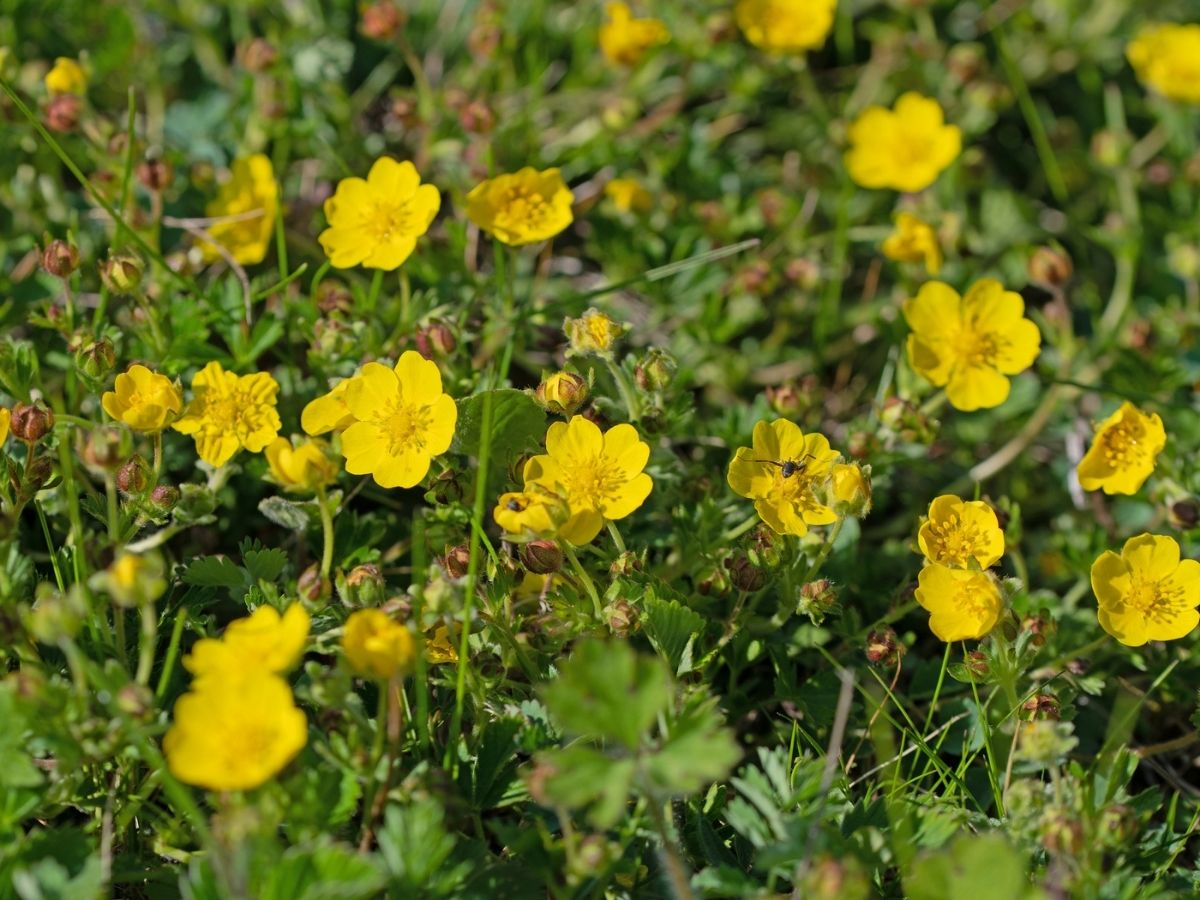 Cue in Build Me Up, Buttercup by The Foundations – so build me up, Buttercup doesn’t break my heart! This worldwide hit song is just one of the many associations we know of this flower.

If this doesn’t ring a bell yet, this floral name is actually also associated with one of the famous animated characters from the PowerPuff Girls! The Buttercups have more to showcase to the world aside from this famous song and character.

The Buttercup – or collectively called Buttercups, were first defined in 1688 as perennial herb plants with vibrant cup-shaped flowers having five or more petals. They are native to the European regions but are now more commonly found throughout North America.

The flowers are known by their genus Ranunculus of the Buttercup or Ranunculaceae family. The genus derives from Latin words rana meaning frog and unculus meaning little. The reason behind this name is mostly because of the flowers thriving in soggy places, just like little frogs!

Did you know that the Buttercups are also called the Crowfoot? It may be a little surprising, but the name takes after the cleft lobe shape of the flower or the leaves bearing a cleft like a crow’s!

The Buttercups appear like such a calming sight to see in any damp soggy field. Oftentimes, these are a symbol of humility, tidiness, and at some point, childishness. Just like Buttercup from the PowerPuff Girls, these flowers are symbolic of a child at heart, mind, and spirit.

These blossoms are also important emblems in Greek and Roman mythology. It is believed to be the floral emblem of the god of war, Ares and Mars.

The meaning of Buttercups comes from the belief that it resembles a fresh slab of butter and is shaped into a cup. In the language of flowers, it includes a few negative meanings. These include mockery, spite, and sometimes even madness! But don’t you worry! Even if there are negative connotations like this, these flowers are still truly rays of little sunshine on a cloudy day!

What does a White Buttercup Flower Mean?

Like raising a white flag as a sign of surrender during battle, something similar is associated with a white Crowfoot flower. It denotes freedom and forward-thinking in life.

What does a Pink Buttercup Blossom Symbolize?

Pink and playful like children in a field. Pink Ranunculus flowers are symbolic of childishness and at most times, immaturity!

What does a Yellow Buttercup Floret Indicate?

A Crowfoot flower with yellow flowers shines and glistens like the sun in its habitat of growth. Since it thrives in soggy or swampy places, this flower indicates its cheerfulness and joyfulness.

What does a Red Buttercup Bloom Represent?

Oftentimes symbolizing love and passion, a red Ranunculus blossom depicts a deep desire and pure intentions for the one you truly love and care for.

What does an Orange Buttercup Flower Symbolize?

Coming out of the swamp as a vibrant floral color, an orange Crowfoot flower symbolizes gratitude and many thanks for all the beautiful things around.

What are the Folklores and Mythologies Associated with Buttercup Blossoms?

In the islands of the Pacific Northwest, there is a famous legend about the Crowfoot flowers being the coyote’s eyes. It was said that a childish coyote played with his eyes, tossing them up and down in the sky. Taunted by this, a hawk snatched his eyes away leaving him blind and with no sight. To his luck, the coyote instead used Buttercups as his little eyes.

Greek mythology may have a different belief to that of the Pacific Northwest. Ranunculus was a young boy who wore gorgeous garments of green and yellow silk. He had such a melodious voice that charmed not only his listeners but also himself! One day while singing to the nymphs, he entranced himself with his own melody and perished in ecstasy. Witnessing such a mishap, Orpheus transformed him into the vibrant flower known today.

This one tale is surely adorable just like the little children in a playground! According to belief, young children can hold these flowers under the little chins of their playmates to see if they love butter! If a yellow reflection is seen, then you’ve got a butter-loving friend by your side! The tale goes a little different for much older children.

They believe that holding these flowers under the chin of the opposite sex to see if he or she is sweet! If he or she is lucky enough and begins to glow, then there is no doubt of his or her sweetness!

Whatever you choose to believe, these Buttercups are surely flowers best fitting for child’s play!

What is the Biblical Meaning of Buttercup Florets?

The Ranunculus flower symbolizes an important event before the Crucifixion of Christ. Literally appearing like the shape of a cup, these flowers were believed in the Christian religion to resemble the chalice containing the wine Jesus drank during the Last Supper.

Aside from this, the blossoms’ openness symbolizes the receptivity of the Divine Grace of God.

What does a Buttercup Floral Tattoo Symbolize?

The design of a Crowfoot floral tattoo is both intricate and delicate. It consists of petals appearing very prim and proper. In the language of flowers, this tattoo decor embodies tidiness and childishness. In a much greater sense of love and relationships, it is symbolic of a sweet disposition.

Ranunculus flowers are often used as floral garden ornaments or cut flowers in small bouquets or vases. The plant and its flowers or other parts offer a more traditional sense of use in medical terms.

In traditional medicine, Thompson Indians used the flowers as a body wash to help calm muscle sores or stiffness and aching bones. A poultice could be made from the leaves, flowers, and roots. The poultice was said to be a popular remedy for blisters and skin arthritis or rheumatism. A juice could also be made from its flowers to treat skin imperfections such as warts.

For the Irish people, the Buttercups were used as a treatment for a wide array of ailments. These ailments include jaundice, inflammations, tuberculosis, toothaches, and headaches. They practice combining the flowers with garlic to prevent midges which are tiny flies. A word of caution is that it’s a must to always consult a medical professional before using this plant or any part of it for medical purposes.