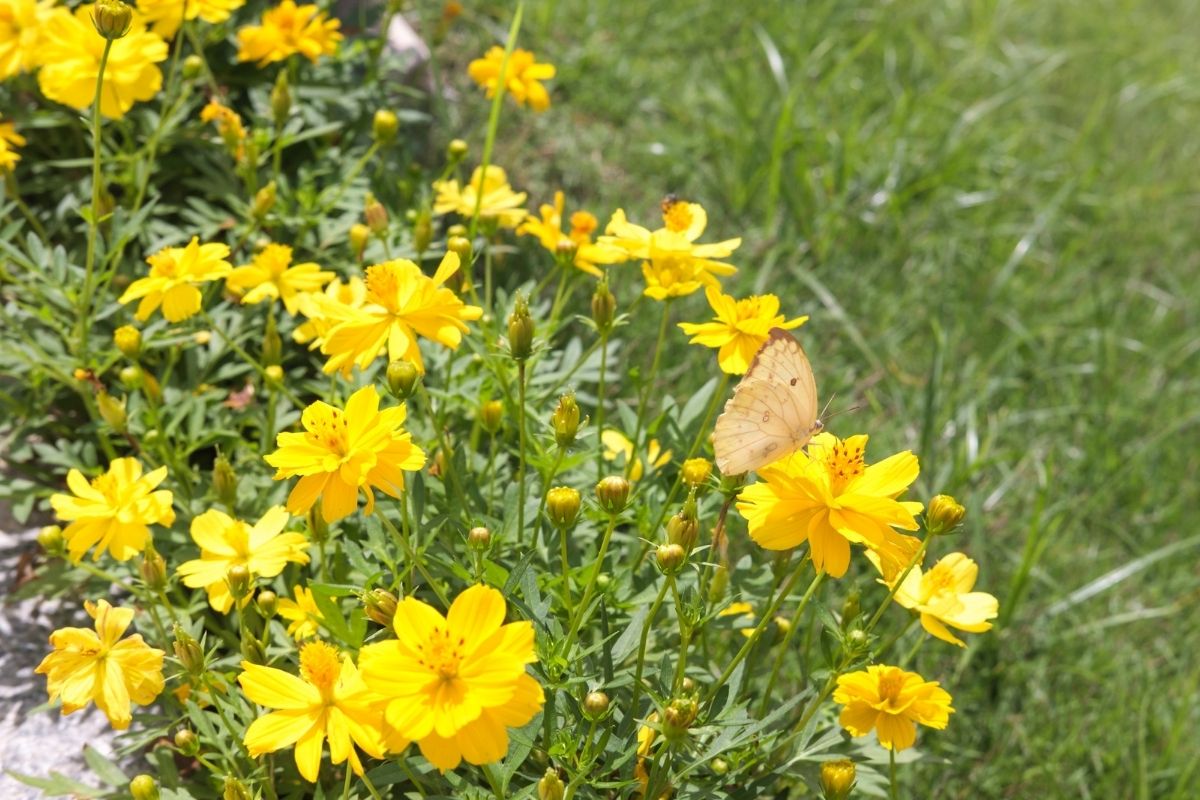 Cosmos are regarded as the flower of the universe for a very interesting and surprising reason. Take one good look at these flowers and you get what this means! Aside from blooming into beautiful floras, it holds a meaning deeper than the vast oceans and seas.

The first-ever mention of the Cosmos dates back to the 6th century B.C. Its name was originally used by the ancient Greek philosopher Pythagoras to describe the entire universe as the kosmos. The word translates to beauty, harmony, and an orderly universe today.

These floral species were first cultivated by Spanish priests who were on missionaries in Mexico. It hails from the genus Cosmos of the daisy or Asteraceae family. The flowers are native to Mexico and Central and South America.

The cosmic blossoms are symbolic of aspirations may they be in life or death. Its radiant beauty and balanced set of petals symbolize the link between the earth, heavens, and underworld.

The worldly elements of heaven, earth, and water are also believed to be synthesized by such flowers and the power it holds. The whole manifestation of the universe sits peacefully on the petals of this blossom.

Growing cosmos flowers holds the general meaning of universal order and harmony. Its showy petals behold the coherence of cosmic elements. Aside from this, it relays the message of the true desires in our hearts that bear fruit to the beauty seen today.

What does a White Cosmos Flower Mean?

A white cosmic flower holds the meaning of modesty and purity. It resonates with the simplicity of the world, specifically of Mother Nature and the environment.

What does a Red Cosmos Blossom Symbolize?

This flower with red petals symbolizes universal love all over the world. It embodies the purest of passions and deepest of devotions.

What does a Pink Cosmos Bloom Indicate?

Pink blossoms imply innocent beauty and peace. Just as the world is always as awing every day, so are these flowers when in time to bloom!

What does a Purple Cosmos Floret Represent?

The flowers with purple petals embody the balance and harmony in the environment. It represents the tranquility of life if you slow down and pause for a moment.

What does a Yellow Flower Symbolize?

Yellow cosmic blossoms give a sense of enlightenment and spiritual well-being. Just like the sun, it signifies that every day starts anew.

What does an Orange Blossom Mean?

Happiness and self-satisfaction are meant by these orange flowers. It serves as a reminder of enjoying even the simplest of things in life.

What is the Cultural Significance of Cosmos Blooms?

In the many traditions of the Japanese, the Cosmos are symbolic of Autumn. The Japanese celebrate a yearly feast named Cosmos festa to honor the flowers. It is honored by the Higashi Sanbin Flower Valley in Shimane during October.

The arts in Indian also honor the symbolic meaning of these flowers. It represents the two-fold manifestation of good and evil, similar to the Yin and Yang of Chinese culture. Both of these manifestations lead to a balance of life.

Meanwhile, the Kraton or the Palace of Yogyakarta in Indonesia also adores the flowers as the intricate design of the palace pavilion. The design is solely based on the reflection of the Javanese cosmos. It represents the intricate link between God, man, and the natural realms of the world.

What is the Spiritual Significance Behind Cosmos Flowers?

It’s no stranger that these flowers hold a very profound spiritual significance. The blossoms offer a sense of cleansing and detoxification of powerful connections in the earth and personal life perspectives. It can soothe even one’s physical, emotional, and spiritual entanglements as well as those in the environment.

What does a Cosmos Floral Tattoo Symbolize?

These cosmic blossoms are popularly associated as a flower of October along with Marigolds. Both flowers bear beautifully vibrant colors that radiate any surrounding. For the case of these cosmic flowers, a tattoo of this design embodies one’s peacefulness and wholeness.

The flowers are known to be rich in nectar and are frequently used as an ornamental plant attracting bees in Korea and Japan. It is also a great cut flower to decorate homes or bouquets.

Apart from providing spiritual enlightenment and order, this flower also has known traditional medicinal properties and culinary uses. Young leaves and shoots are cooked as a vegetable or consumed raw in as a lalab or gutang side dish with rice in Indonesia. The flowers are also edible and are popularly used as a garnish in fresh salads in Thailand.

Surprisingly, it was also turned into a yellow dye in Central and South America during pre-Colombian times. Aside from this, it was also used as a traditional remedy in Indonesia and as a cure for malaria in Brazil. A word of warning that it’s a must to always consult a medical professional before using this plant or any part of it for medical purposes.