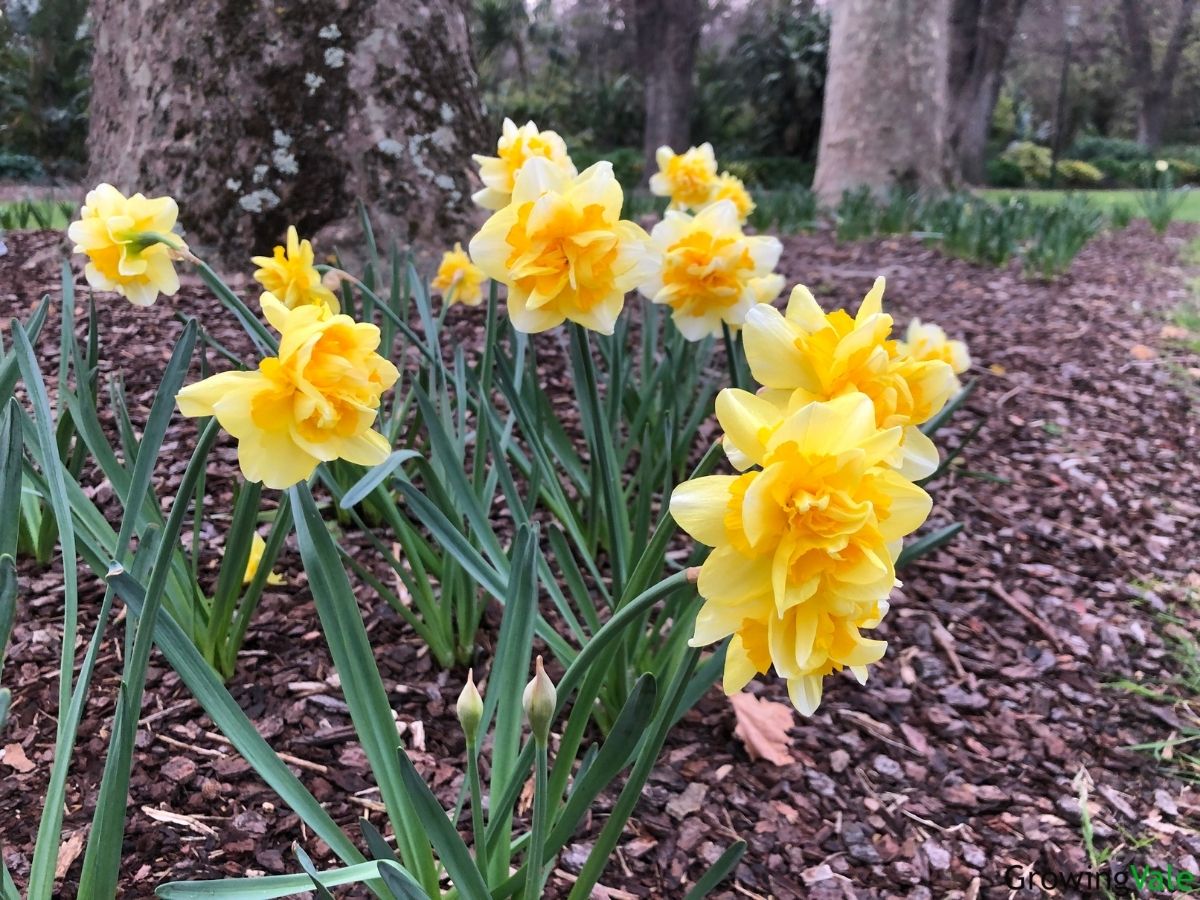 Daffodils are also commonly known as the Narcissus – but don’t think that there isn’t any difference between the two. Truthfully, the Daffodil is just one of the many species of flowers under the Narcissus!

What’s the catch you ask? Well – the meaning and symbolism behind both are somewhat similar at some point and very different at another. If you’re interested in knowing what makes this flower stand out, you will just have to keep reading to know it all!

The history of Daffodils isn’t quite like that of the Narcissi – there is so much more to it! It was first defined for botany in 1548 as perennial bulbous plants with trumpet-like flowers. The flowers are native to most regions of Northern Europe and in other temperate climates around the globe.

Daffodils belong to the genus Narcissus of the Amaryllidaceae or Amaryllis family. The genus name comes from the Greek word Narkao meaning a narcotic or a numbing effect – more on this later!

The Daffodils are scientifically known as Narcissus pseudonarcissisus. There are other names the Daffodils are called by. These include the Eastern Lily, the Lent Lily, or the Yellow Maidens.

There are quite a few interesting symbolisms behind these gorgeous daffodil varieties. For instance, it is symbolic of an unrequited love because of the ill-fated love story between Narcissus and the nymph Echo.

Some also have come to say that a bunch of Yellow Maidens – in a single stem or floral arrangement symbolizes pure bliss and happiness.

Such flowers are also regarded as symbolic beacons of hope. In fact, the Canadian Cancer Society honors the Daffodils as the floral symbol for strength and courage during trying times.

The Yellow Maiden flowers are heralds of such a delicate and passionate meaning. There is actually a very beautiful phrase for these flowers. The sun is always shining whenever I am with you – and this very well means happiness and joy! Who wouldn’t be happy with the bright colors these flowers come in, right?

To your surprise, these flowers also spring the meaning of you are my one and only! Sweet!

Well, you know that they say chivalry is dead – but not when these flowers are around because Daffodils mean just that! Being chivalrous!

Additionally, because of its symbolism of an unrequited love – Yellow Maiden flowers have an attached rather sad meaning of emotional sorrow and distraught misfortune.

What does a White Daffodil Flower Mean?

A white Daffodil can mean two things that go hand and hand with one another – that is regard and respect.

What does a Pink Daffodil Blossom Symbolize?

Daffodils with pink petals are symbolic of the newfound hope and not surprisingly, the cause for a joyful celebration!

What does a Yellow Daffodil Floret Indicate?

Yellow Daffodils are probably the most popular color for these flowers. Its presence indicates sweet memories and the hopeful rebirth in the next life.

What does an Orange Daffodil Bloom Represent?

When the change of new beginnings and the blessing of eternal life come into mind – think of a bunch of orange Daffodils because that is what these represent!

What is the Cultural Significance of a Daffodil Flower?

There is a cultural practice in Western and Central Europe that holds dear the Daffodils. In a special custom, churches are adorned with these flowers as a part of the celebration of the Resurrection of Christ during Easter. This is where the name Eastern Lily takes after from!

Meanwhile, the Middle East folks have a different custom for these blossoms. For them, these flowers are a symbolic beacon of spring and rebirth. The practice of planting these flowers on the graves of loved ones reminds them of a new beginning to come in the next life.

What is the Spiritual Influence of a Daffodil Blossom?

There are a few key spiritual benefits the Daffodils possess. Healers believe it is a flower of inspiration – opening up communication channels and guiding the completion of a task at hand. It is a chief flower of communication that helps in all forms of reaching out – verbal or body language!

Apart from guiding in communication, these blossoms also offer a protective shield around the physical body. It invigorates and creates a safe and brighter perspective in life making it more secure for spiritual growth.

What is the Folktale Associated with a Daffodil Floret?

The myths and tales about these flowers are truly intriguing! According to the mythology of the ancient Greeks, the Daffodil was described as a pale yellow flower vastly spread throughout the field of Hades. Some have come to say this is the flower of the dead and is quite the favorite of Persephone.

Because of such myth, most of the ancient Greeks believed that the scent of such flowers was made of pure evil and can inflict headaches, mental instability, and even death!

Meanwhile, a Roman myth also claims the deceitfulness the Daffodils bear meaning to. As the story goes, Pluto (Roman counterpart of Hades) used these blossoms to lure Proserpina (Roman counterpart of Persephone) to the Underworld. She was amazed by the beauty of these flowers and upon letting her guard down as she plucked to admire one – Pluto snatched her away in the blink of an eye!

What does a Daffodil Floral Tattoo Symbolize?

A dear Daffodil floral tattoo has a very deep spiritual and positive symbolism. Most of those who choose this design would like to embody an ode to the new – new life, new beginning, or new whatever it is you’ve started anew!

In some cases, having this tattoo is symbolic of rebirth – a chance at a second life after a tragedy or a really rough downfall!

Just like all beautiful flowers, the Daffodils are no different from being an ornamental favorite. It can be decorated as a garden flower or placed as a potted plant in porches or indoors. Additionally, if you’d like to share your florals with special friends, you can arrange these as cut fresh flowers in beautiful bouquets or vases!

Alas, there are also some traditional medical uses these flowers behold. In folkloric medicine practice, the Yellow Maiden bulb extract was applied as a topical treatment with anti-inflammatory properties for open wounds and injuries.

Some other medical claims that the Daffodil bulb extract has included treating dilated veins and improving blood flow, metabolism and complexion. Most surprisingly, this extract was said to be able to prevent signs of skin age and damage caused by harsh UV rays.

Likewise, adding vinegar to the bulb extract has an acclaimed ability to treat fungal diseases of the skin. A word of warning that it’s a must to always consult a medical professional before using this plant or any part of it for medical purposes.