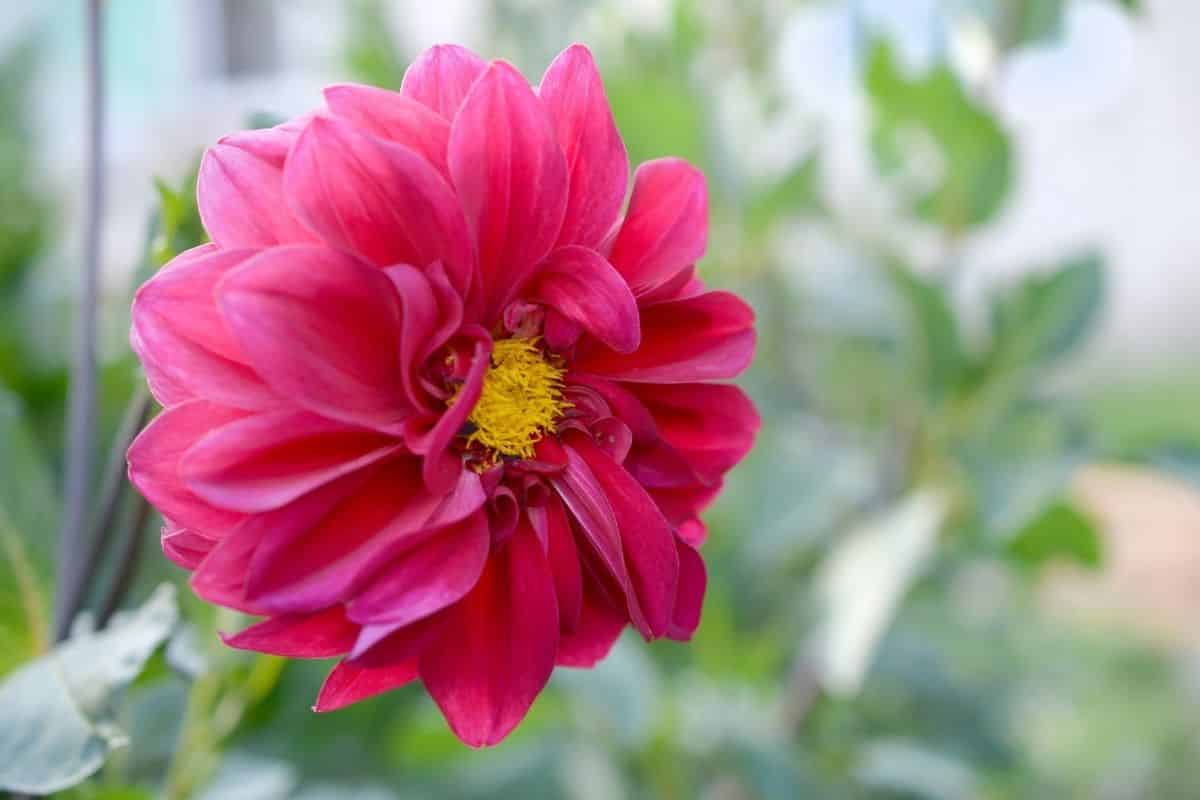 Long after the trend of the Tulips in the 1600s alas! The craze and fad of the Dahlias came to fame in the 1800s. Would you have guessed that long before being fawned over as an ornamental, these flowers were actually first commonly cultivated as a vegetable? Bet you didn’t! And, who would have guessed that the multitude of tiny petals of this flower holds very admirable and unique meanings and symbols?

The Aztecs were the first to cultivate and utilize the wonders of the Dahlias. Upon discovering this, the Spanish were the first to debut these dazzling Dahlias in Great Britain in 1798. Not long after, the Dahlia craze came to fame in the mid-1800s!

The Dahlias were first botanically described as flowering plants with tuberous roots in 1835. It is an annual or perennial (depending on species) composite herb native in the highly elevated regions of Mexico and Central America.

The flowers belong to the genus Dahlia of the Aster or Asteraceae family. Only about 40 species are known today and a lucky six of these species are used for breeding to produce more cultivars of those gorgeous showy and colorful floral heads!

If you’re ever wondering how the flower got its name, try not to think about a goddess or woman! In fact, the Dahlias are so often used as baby names for girls, it is actually derived from a man’s name! And not just any man. The name Dahlia was named in honor of the late Swedish botanist, Mr. Andreas Dahl.

There are two most popular species of the Dahlias used for breeding. These include the common Dahlias ( D. bipinnata) and the red Dahlia (D. coccinea). The new cultivars in bloom have ray-like petals in bright and beautiful colors! Truly a spectacular sight to see!

Dahlias are the prized flowers of the Mexicans. It’s no wonder these are also the national flower of the country! In the Aztec era, these blossoms were also the glorified solar symbol of the universe worn only by emperor Montezuma and nobles.

In some beliefs, the flowers were used as a symbol marked on graves of a cherished companion. Practicing this is symbolic of the long-lasting relationship between two people even beyond the grave!

For the beliefs of many Europeans, the flowers were indicative of the instability of perfect beauty. Since this flower was first introduced during the first year of the French revolution, its marvelous beauty was lost and appeared again only during the time of Napoleon! Hence the loss of beauty in times of revolt.

Now tuning in to the flower itself. According to some folk, the Dahlias symbolize sterile abundance. Wondering why? Well, it is simply because of its numerous colorful petals yet no fragrance! Simply just a little haughtiness!

The Dahlias are also known as the Queen of the Autumn Garden. It was named as such because the blooms remain beautiful until far days of the season. This beautiful period of blossom indicates eternal love and loyal commitment.

Surprisingly, the blossoms also convey the meaning of you having good taste.

What does a White Dahlia Flower Mean?

A white crane flower means gratitude. With the abundance of petals in a single flower, this also means a bountiful blessing.

What does a Red Dahlia Blossom Symbolize?

Red is daring and mischievous. In the language of flowers, red Dahlias symbolize an Illicit affair and the wariness of danger nearby.

What does a Yellow Dahlia Floret Indicate?

A yellow crane flower is just as happy as it can be! Well, this indicates that you are happy that someone loves you! A secret admirer perhaps?

What does a Pink Dahlia Bloom Represent?

Pink-petalled flowers represent daintiness and intricacy. Dahlias with pink petals are no exception as these represent simple elegance yet timeless beauty.

What does a Purple Dahlia Flower Symbolize?

A Dahlia with purple petals symbolizes dignity and integrity. Not surprisingly, these also embody unquestionable loyalty and commitment.

What does an Orange Dahlia Blossom Mean?

Orange Dahlias serve as a warning. These blooms indicate possible danger and to take caution around immediate surroundings!

What is the Cultural Significance of Dahlia Flowers?

In European cultural history, the Dahlias were used as an alternative food source during the French potato crop famine. It was also called the valley flower because the flowers commonly grew in vast valleys. Amidst the famine, the French believed that the flowers are symbols of freshness and novelty.

Meanwhile, the folk during the Victorian and Edwardian eras remember the flowers quite differently. In the mid-1800s, these blossoms were the talk of the town! Everyone from any social status just had to have them!

The trend began in the 1840s in the United Kingdom and the United States garnering the first Great Exhibition in London in 1851. During this time, demands for new cultivars were skyrocketing and were esteemed as social symbols of status and wealth. It was a grand gesture for wealthy brides to use Dahlias in their bouquets. They believed it symbolized not only wealth but also longevity and commitment.

Traditional Mexicans addressed Dahlias as chichipatl meaning the crane flower or acacotli. It also means the water crane because the stems were long like a crane’s leg! These long stems are actually filled with large amounts of water.

What is the Spiritual Influence of Dahlia Blooms?

The floral essence of Dahlias has a powerful spiritual influence. This essence can help deal with mental struggles of depression by activating and releasing stagnant energy caused by fear. It eases feelings of grief and enhances healing and creative expression.

The dried petals placed under pillows can help in subconscious dreaming and sleep. It also aids in helping to remember and activate the wisdom and magic in our past memories.

What does a Dahlia Floral Tattoo Symbolize?

The choice of this floral tattoo is for the refined and timeless few. Refined and timeless not in the sense of wealth or social status, but of the heart and spirit. This design is symbolic of eternal love, dignity, and bountiful life blessings. Choose this design if you have a lot to be grateful for in life!

Before being cultivated as a garden or potted plants and cut flowers in bouquets or vases, the Dahlias were used as an alternative root vegetable during the French potato famine.

Native Aztec and Mexican tribes would also practice crushing the petals into a poultice as remedies for insect bites and stings. The tubers were also a popular food staple! Many say it tastes similar to a Jerusalem artichoke and can be cooked and eaten like any regular potato.

Meanwhile, the flowers make a great garnish on many salads and dishes. Many recipes add this dainty blossom onto milk creams, cheeses, and dips! The Dahlia dip with Dahlia bread is said to be best with sundried tomatoes!

In traditional Mexican medicine, the plants contained a sugar compound called inulin. This sugar compound was actually first used to treat diabetes before the discovery of insulin in 1921. A word of caution is that it’s a must to always consult a medical professional before using this plant or any part of it for medical purposes.

Up next: How to grow dahlias