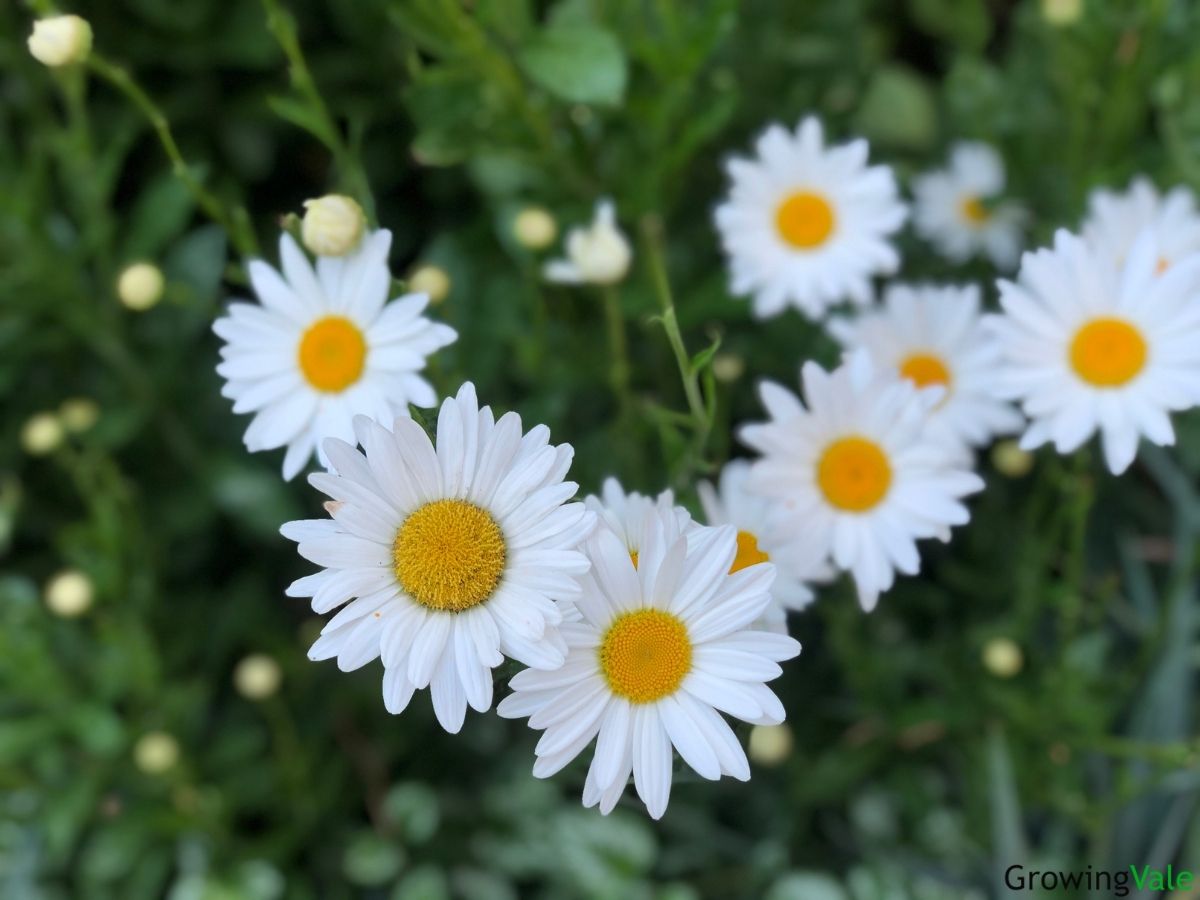 Ever tried picking flowers and playing the game he loves me, he loves me not? Bet you didn’t know that the flower plucked in this little game was a Daisy blossom!

The marvelous thing about these flowers is that it does not just come from one genus! Its daintiness is so diverse it has so many meanings and symbols about it. Not only that, but the intriguing tales about the Daisies will change the way you see these cute little flowers.

As the mystical dragon Mushu says “they popped out of the snow like Daisies” – he wasn’t kidding. The early springtime composite flower heads were first defined in the 12th century. The Daisy plant had flowers with rays of single (or double) petals surrounding the yellow budded center.

The Daisies have a very diverse taxonomic classification in terms of their genus. It actually belongs to several different genera including the Bellis, Leucanthemum, or Erigeron. Don’t get confused about all these genera because it all boils down to belonging to the Asteraceae or Aster family. It is the reason why Daisies and Asters look so much alike!

Daisies are perennial plants native to either Europe or Asia depending on their genus. The floral name comes from an Old English name daegeseage meaning the day’s eye. Why the day’s eye? It is because the flower is known to sleep during the night by closing its petals and wakes in the morning by opening up again! According to many folks, the daisy is the all-seeing eye that opens at dawn and closes at dusk.

Some of the most popular species of Daisies include the Gerbera Daisy (Gerbera jasmonii), the Marguerite Daisy (Argyranthemum frutescens), the English Daisy (Bellis perennis), and the Oxeye Daisy (Leucanthemum vulgare).

The earliest and most common symbolism of the Daisy is attributed to St. Margaret of Antioch. The Marguerite Daisy – wherein Marguerite in French means Daisy, was honored for St. Margaret symbolizes her humility and virgin purity. She was a Christian martyr during the early times of Christianity because of her suffering under a Roman prefect.

Meanwhile, the same symbolism is not what is said in the Victorian language of flowers. According to this, the Daisies symbolize gentleness and innocence.

The flower is associated with the birth month of April. It was a flower dedicated to the goddesses of love and beauty Aphrodite and Venus and bears as a gift of good fortune to any woman.

There are bountiful and truly beautiful meanings behind the Daisy flowers. Some would maybe think that it means cuteness or simplicity, but really it means a lot more than just that!

Its daintiness speaks volumes about the true meaning it holds – an undoubted and devoted love and purity. These flowers interpret the meaning of truth and new beginnings.

The message these blossoms bear as a reminder is to always joyously celebrate and deeply appreciate all the things in life – simple or grand as it comes.

What does a White Daisy Flower Mean?

White Daisies convey the meaning of orderliness and efficiency. What wouldn’t be efficient when things are in order, right? In another sense, such flowers also mean a physical and spiritual cleansing.

What does a Red Daisy Bloom Symbolize?

The red field Daisies symbolize a love so loyal and a beauty simple yet elegant!

What does a Pink Daisy Floret Represent?

Pink Daisy blossoms represent youthful innocence along with the simple emotions and naivety children have. Such blossoms also represent a mother’s unconditional love and endless understanding.

What does a Purple Daisy Blossom Indicate?

Daisies with purple petals speak of regality and wealth. Additionally, these also represent patience and virtue.

What does a Yellow Daisy Flower Symbolize?

The eternal joy and happiness of youth accompanied by a strong bond of friendship is what yellow Daisies symbolize!

What does an Orange Daisy Bloom Mean?

Orange Daisies convey the meaning of bidding farewell and the fond memories created during the journey.

What does a Blue Daisy Floret Represent?

A blue Daisy indicates blissful faith and companion of healthy emotions. In some contexts, it also represents truthfulness or honesty.

What is the Biblical Meaning of a Daisy Flower?

It was already mentioned that the Daisies were named in honor of St. Margaret. Although the story behind this has yet to be told!

According to the tale, a greedy Roman prefect wanted St. Margaret as his concubine. She blatantly refused and was made to suffer in her cell. Praying and pleading to God for the strength to fight a battle she can face, a dragon appeared and swallowed the saint. Inside the beast of the belly, she made a sign of the cross and the dragon burst open leaving her unharmed.

What are the Folktales and Mythologies Associated with a Daisy Bloom?

There are quite a few very interesting folktales and mythologies going about Daisies. Do you vaguely remember the chant of he loves me, he loves me not? Well, there is an old saying that goes that if you pluck a Daisy while singing this chant, you will get to truly know how someone you like feels about you too!

A famous Norse myth also talks about the association of Daisies with children. It is symbolic of the mythical figure Freya who was the goddess of fertility, motherhood, and childbirth.

There is also a Roman myth about the Daisies. According to the tale, the nymph Belides turned herself into the flower to preserve her innocence from the pursuit of Vertumnus – god of the seasons.

There are other folkloric stories about this flower. Some say that wrapping it around a chain of garden Daisies on children will protect them from being stolen by forest fairies. Another tale tells of the magical power the plant possesses. It was believed that sleeping with the root or wearing the flower would bring back a lost love or bring forth a new one!

What is the Spiritual Influence of a Daisy Floret?

The Daisies behold a spiritual enchantment on health and life. It influences lifestyles and urges individuals to live a simple yet peaceful life. The simplicity of these flowers serves as a daily reminder to keep health in check by tuning into both the physical and mental states of the body.

What does a Daisy Floral Tattoo Symbolize?

The Daisy tattoo is considered one of the most famously chosen floral tattoo designs amongst all flowers. Because of its simple nature yet in-depth meaning, this floral design embodies loyalty, love, patience, and purity. So don’t judge a flower by its looks! It can hold a lot more secrets than what meets the eye!

You have probably guessed by now that Daisies are a staple in many floral bouquets and indoor vases. Additionally, it is also adored as a garden ornamental in lawns or a potted plant in porches. Little did you know that these dainty flowers have traditional medicinal uses.

It was an early discovery that Daisies had astringent and anti-inflammatory properties. It was first commonly used as a topical treatment for wounds, skin inflammations, and bruises. In the Czech Republic, such flowers were used practically as diuretics and expectorants to treat coughs and urinary concerns.

Meanwhile, Australian remedies also made use of the flowers. It was infused in a tea to treat common gastrointestinal and respiratory tract disorders such as asthma. A word of warning that it’s a must to always consult a medical professional before using this plant or any part of it for medical purposes.