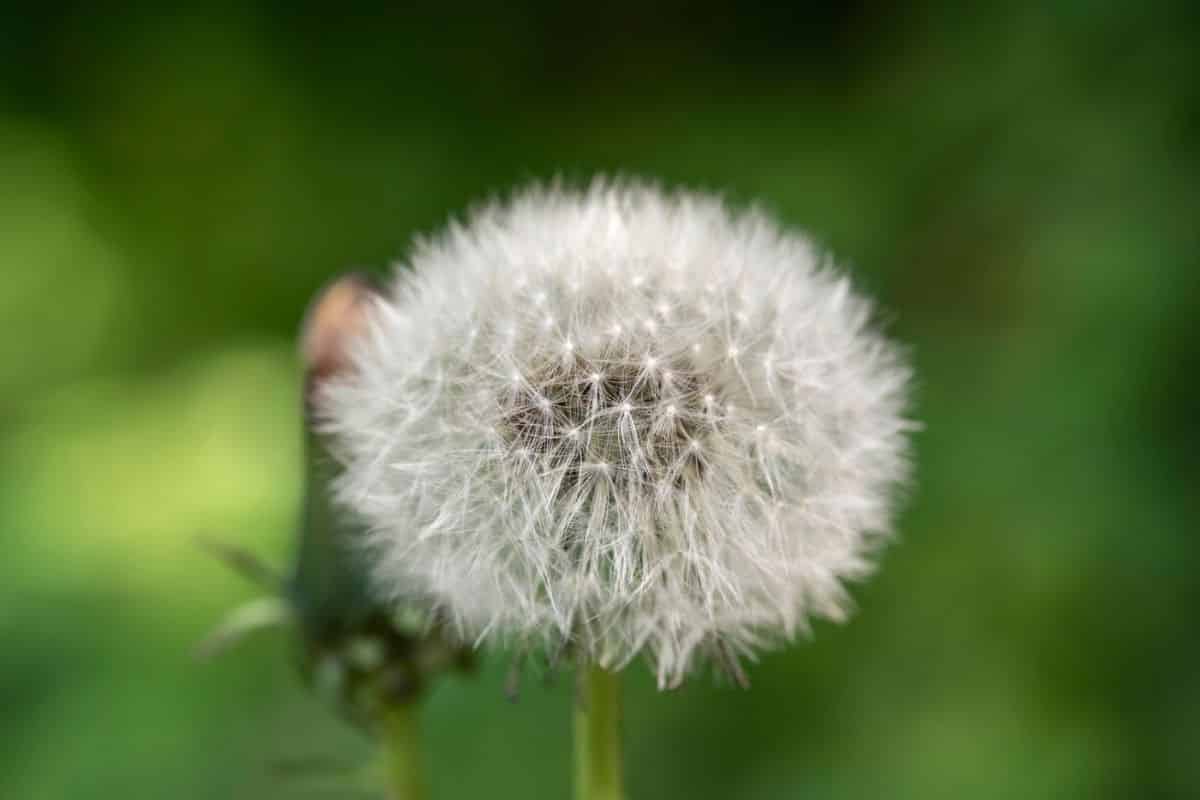 A Dandelion is another famous flower enjoyed most by youngsters and kids. You may remember these puffy flowers very well from the Disney movie A Bug’s Life, but these puffballs were first made popular by little children. Similar to the petals of a Daisy, kids would use Dandelions to make adorable wishes – just like how Daisies were floral charms for love!

Don’t underestimate the simplicity of a Dandelion – it’s more than just a child’s wishing flower! In fact, these flowers hold a deeper meaning and symbolism than you would think. Many have even come to say that growing Dandelions is like growing a genie to grant you wishes.

Although it was first defined around the 14th century, the history of the Dandelion is traced back to the time of the ancient Greeks and Romans. It was defined as a yellow composite herbaceous plant with milky white sap. This perennial plant was primarily cultivated then as a food staple and traditional medicine.

With over more than 250 species, Dandelions are mainly native to Europe and Asia. Thanks to the early expeditions, these flowers made their way to North America through the Pilgrims in the 1620s. It was then introduced as a medicinal herb originating from the Mediterranean regions.

The name Dandelion is taken from a Middle English word Dendelyeon and the Anglo-French phrase Dent de lion. Both translated to the meaning Lion’s tooth because of how the flower’s leaves resembled the animal’s teeth!

Such plants belong to the genus Taraxacum of the Asteraceae (Aster) family. The genus name takes after the Greek words Taraxos and Akos meaning a disorder remedy. Ancient Greeks highly valued this plant back then as a medicinal plant for internal cleaning and its diuretic effects.

Dandelions have quite a few amazing symbolisms that highlight why many wish upon their seeds!

For centuries, people have also believed that the number of blows and seeds left on the flower could predict many futures. In the Victorian language of flowers, it was a flower dubbed as a rustic oracle. It was said to be a flower that can see many prophecies – and why the children (or adults) of today blow a wish upon the flower for many things.

Meanwhile, some far-flung regions in England beg to differ. English countryside folk believes this flower was a symbol of the devil’s milk pail. Many would tell stories about how wishing upon this flower is like making a deal with the devil. But in reality, it had white sap and was a difficult plant to kill and was named like that to scare the kids!

Others say it was a symbol of cosmic harmony and prosperity because of the Puffball’s round shape and loose seeds. Similarly, the loose seeds of these flowers were said to symbolize fertility and go perfectly with the saying go forth and multiply as the seeds are blown away.

Literally speaking, Dandelions were named after a lion’s tooth because of the leaves’ resemblance. If you think about it, whenever kids lose their teeth or fall off, the Tooth Fairy would exchange it for gold (or money). A few folks believe that this is the true reason why a Dandelion was named the Lion’s Tooth.

As the seeds fly away with a blow, a wish is to be granted! With that being said, a Taraxacum flower stands for innocent wishes or deepest desires. More often than not, children who wish upon this flower want something materialistic like candy, toys, or puppies!

Adults who wish upon this flower though want something different. This flower and wishing upon its seeds speaks of requited affection and heartfelt sympathy.

What does a White Dandelion Flower Mean?

The most blown away and common Dandelions out there have white flowers and seeds! After blowing on it and making a wish, this flower will mean fulfillment and that your wishes are about to come true!

What does a Yellow Dandelion Blossom Symbolize?

Like all dainty composite flowers from the Aster family, a yellow flower can only mean one thing. A yellow Taraxacum flower is symbolic of nothing but your genuine happiness.

What does an Orange Dandelion Floret Indicate?

Orange Dandelions have a very special meaning. Usually, such flowers indicate flirtatious behavior for adults. But for children and innocent hearts, this flower means playfulness and high energy.

What does a Pink Dandelion Blossom Represent?

Taraxacum flowers with pink petals often represent sweet affections and pure emotions. Similarly, these blossoms stand for the faithfulness of friends with one another and the loyalty in love of partners.

What is the Cultural Significance of a Dandelion Flower?

Taraxacum blossoms have a strong cultural foundation in some Asian countries and the Mediterranean. In Persia, the Dandelion was referred to as a bitter herb referring to the aftertaste of the edible leaves. Meanwhile, the Chinese called it the Pu Gong Ying or the Earth Nail because of its long taproot.

Both cultures were very fond of its medicinal properties. As early as 900 C.E, Persians began using these flowers for medicinal purposes. Traditional Chinese herbalists not only used it for medicine but also as an essential ingredient for cooking.

Nowadays, Taraxacum blossoms are mostly considered weeds because they can propagate quickly with their seeds just flying away.

What is the Biblical Meaning of a Dandelion Bloom?

According to many believers, the Taraxacum flowers, especially the white species, symbolized the sorrows of the Blessed Virgin Mary during the Crucifixion of Jesus Christ. Additionally, it also meant grief and sadness over the death of a loved one or the tragic loss.

What is the Spiritual Influence of a Dandelion Floret?

Dandelion blossoms are not only oracles and floral genies. They also hold within the petals and seeds a spiritual power that affects emotions, thoughts, and the body. Its floral essence is an important spiritual charm that promotes healing from past traumas and current struggles.

It is a beacon of happiness that brings back all the good memories during youth – a genie in a flower that grants wishes and reminisces the good times.

Many have also believed that Dandelions symbolize cosmic harmony – and it does. It guides the soul on journeys of divination and gives the body a sense of spiritual balance.

What are the Folktales Associated with a Dandelion Blossom?

Taraxacum flowers have established their popularity as fortune-tellers of love and time. Many believed it had the special ability to predict the weather. Early folks believe that if the seeds fly off without blowing or any wind, a storm is coming!

Nowadays, tales about blowing on these flowers have gained it even more fame – especially for kids and young adults. Many believe that if you blow on a Dandelion flower, it will grant you any wish you pray for!

Similarly, blowing the flower and counting the number of seeds left predicts the number of years you will live! Another saying goes that if you want to send a heartfelt message to your loved one, all you had to do was blow on a Dandelion.

Mostly known as a floral genie that grants wishes, a Dandelion has more than just an oracle-related folktale about it. It was sometimes referred to as a Shepherd’s clock because it tells the time. Specifically, when the flowers open it means the early morning, and when it closes it means the evening!

What does a Dandelion Floral Tattoo Symbolize?

Choosing a Dandelion tattoo isn’t an expression of childishness or escaping reality because of its symbolic meaning of wishing and fortune-telling. It is chosen by those who are young at heart – those who want to keep their memories close to heart.

It is an expression of art that portrays happiness and hope amidst the struggles of life. It is a reminder of the youthful innocence within each and every one.

Dandelions only have a select line of applications in gardens. Most green thumbs would plant these flowers as an outdoor garden ornament or potted plant. Basically, many would cultivate these blossoms for the seeds that easily fly away.

The Taraxacum plant also has a few culinary, industrial, and medicinal uses. In fact, an entire plant when processed can produce vibrant magenta dyes. Perfect for coloring cloth and paper.

For the case of edibility, Cherokee mountain people often consumed the leaves in fresh salads and other food. Although it had a bitter taste, the leaves were actually a rich source of vitamins A, B complex, C, and D.

It also had adequate amounts of minerals such as iron, potassium, and zinc. Many say that the roots when infused tasted similar to that of coffee. These were commonly used as a flavor additive to beer, wine, butter, and jellies.

Early Persians were the first to use the plant as medicine. The leaves and roots have laxative properties that can help stimulate the digestive system. Similarly, tea made from the petals was once used as a tonic for strengthening women after childbirth.

Native American tribes also used the flower for its medicinal and nutritional benefits. Tribal Indians used the flowers as a remedy for heart trouble