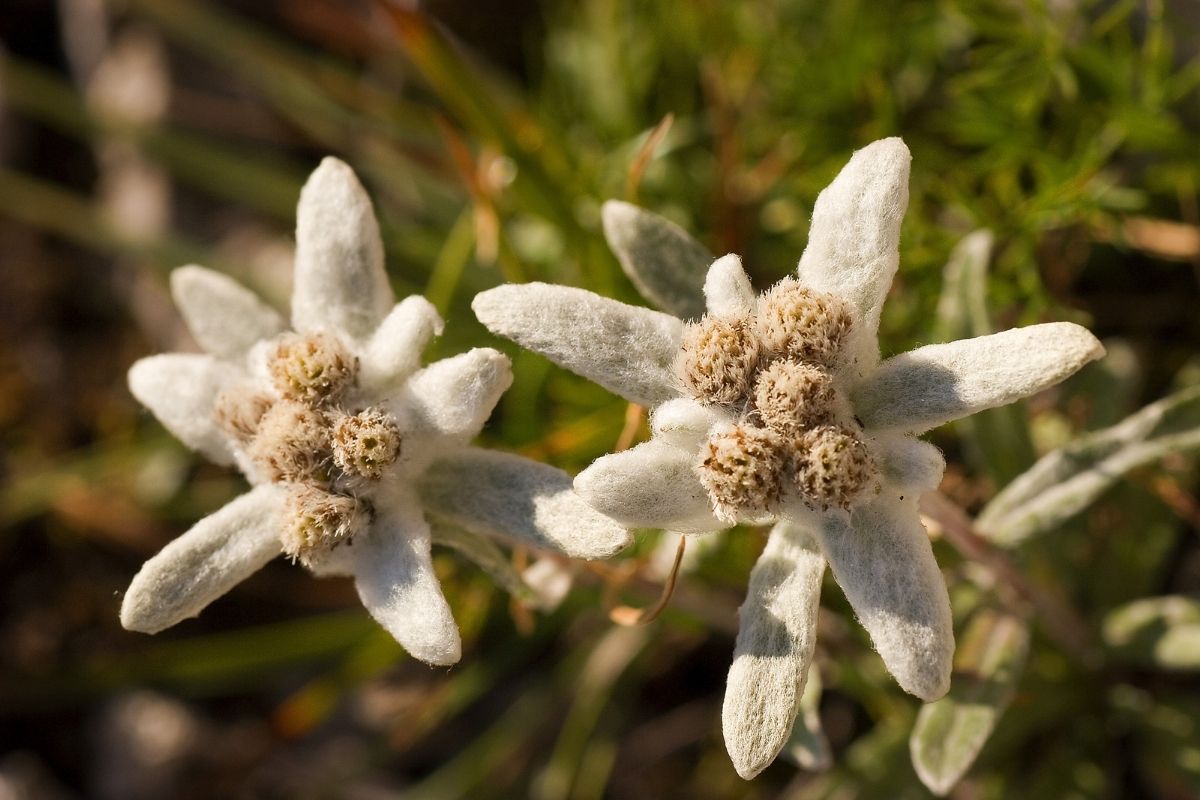 The Edelweiss isn’t your ordinary, everyday collection of flowers. For starters, these don’t grow around any normal garden! You may have heard of this name from the musical The Sound of Musical! Its beauty is so rare that it can only be found on high mountains and its dangerous slopes!

The history and culture behind it bring to light the past of Swiss and German traditions. Behind the rarity of such flowers behold truly amazing and out-of-the-ordinary meanings and symbolisms you really have to know about.

The Edelweiss was first defined in 1862 as an alpine plant with white woolly leaves and several soft yellow flower heads. Look at it close enough and it looks like a star in the snow. It is identified as a perennial composite herb native to central and southeastern regions of Europe. To date, these beautiful flowers are found high up in the Pyrenees, the Alps, and the Carpathians!

The blossoms belong to the genus Leontopodium of the Asteraceae or the daisy family. The Latin name in English actually translates to lion’s foot. It also derives from the German words edel meaning noble and weiss meaning white.

Edelweiss is locally known by other names such as the Star of the Snows, Lion’s paw, or Queen’s flower. This flower is so rare that it only comes in one color! Scientifically, this plant is identified as Leontopodium alpinum.

Since these are commonly found in the Alps, it’s no wonder that the flowers are used as a symbol of excellence in mountaineering activities. Alpine mountain climbers and trekkers adore the flower on their hats as proof of their expertise and par excellence in the Alps.

Apart from being a treasure to the Swiss Alps, such blossoms also were symbolic of the Pirin mountain in Bulgaria.

A famous song from the musical The Sound of Music also pays tribute to these rare flowers. Do you have any idea what the song meant? Well in cultural history, the song name was actually a demonstration of patriotic resistance to the Nazis!

Other associated symbols for the Queen’s flower include purity, sentimentality, and immortality.

The interesting meanings behind Lion’s paw flower are courage, nobility, daring, and purity. In the language of flowers, the flowers embody being courageous in the face of uncertainty and daring in new heights. Not only that, but these florets also kindle faith and guidance in making the right choice during times of difficulty. No wonder the Alpine mountain climbers adore this plant!

What does a White Edelweiss Flower Mean?

Aside from its traditional meaning of showing courage and nobility, there is another meaning behind these flowers. This meaning has something to do with its color specifically. A white Queen’s flower symbolizes elegance and grace. High up in the mountains, it sits like a maiden awaiting her lover.

What is the Cultural Significance of Edelweiss Flowers?

The German and Swiss cultures have a deeply rooted admiration for this blossom. For the Swiss, this flower was made their national floral motif symbolizing their courage and devotion. The Christmas season holds the most famous custom for these flowers. They decorate their homes and feasts with the flower of the alps to symbolize chastity. And would you believe that these also signify a declaration of love? It is believed that if a girl accepts a bouquet of Edelweiss, she also accepts the love of the man who gave it! What a merry Christmas indeed for the young fellow.

Meanwhile, for the Germans, a slightly more historical event is associated with the flowers. The Queen’s flower is honored as the white jewel in German culture. The most surprising fact about these flowers is that Adolf Hilter adored them as his favorite! Children who admired the Führer decorated their letters to him with the flower. This little act of innocence was actually symbolic of being plain and unpretentious.

What are the Folktales Associated with Edelweiss Blossoms?

There is a famous saying among mountain climbers about these blooms. They believe that if you carry these around, you will be safe from being stabbed! Funnily though, who would even stab you way up high in the mountains? It may be a laughing joke for some, but they all say that it’s better to be safe than sorry!

Another less dangerous folktale about these flowers is told by many. For some, the Queen’s flower is an ultimate declaration of love and admiration. It is also a testament to unwavering bravery. Men deeply in love would endanger themselves just to get a single stem of this beautiful flower! You can guess what happens next for the lucky maiden he bestows his love too!

What is the Biblical Significance of Edelweiss Florets?

What is the Spiritual Influence of Edelweiss Blooms?

The essence of a Queen’s flower offers aid and guidance in manifesting your dreams and goals. Just like for the mountain climbers, these blooms are a reminder that no dream or goal is impossible to achieve as long as there is the determination and courage to do so.

What does an Edelweiss Floral Tattoo Symbolize?

Choosing an Edelweiss tattoo declares your courage and nobility. This symbol not only goes for the men daring the mountains, but also for the women trudging through the steep slopes of life. The only difference, women do so with elegance and grace!

Would you believe that these flowers were once used as a house cleaning ingredient? Well, It is! It was popularized as an all-natural house cleaning product that kills airborne or on-surface bacteria and viruses. Apart from this, many traditional folks used the flowers as an insect repellent for moths!

The Edelweiss includes several medicinal benefits. These include antioxidant, antimicrobial, and anti-inflammatory properties with a lot of applications. Traditionally, these flowers were used as a remedy to treat diarrhea.

For treating respiratory illnesses, the blossoms were cooked with butter and honey. In skin treatments, such flowers are used in some skincare products that slow skin aging. A word of caution that it is a must to always consult a medical professional before using this plant or any part of it for medical purposes.