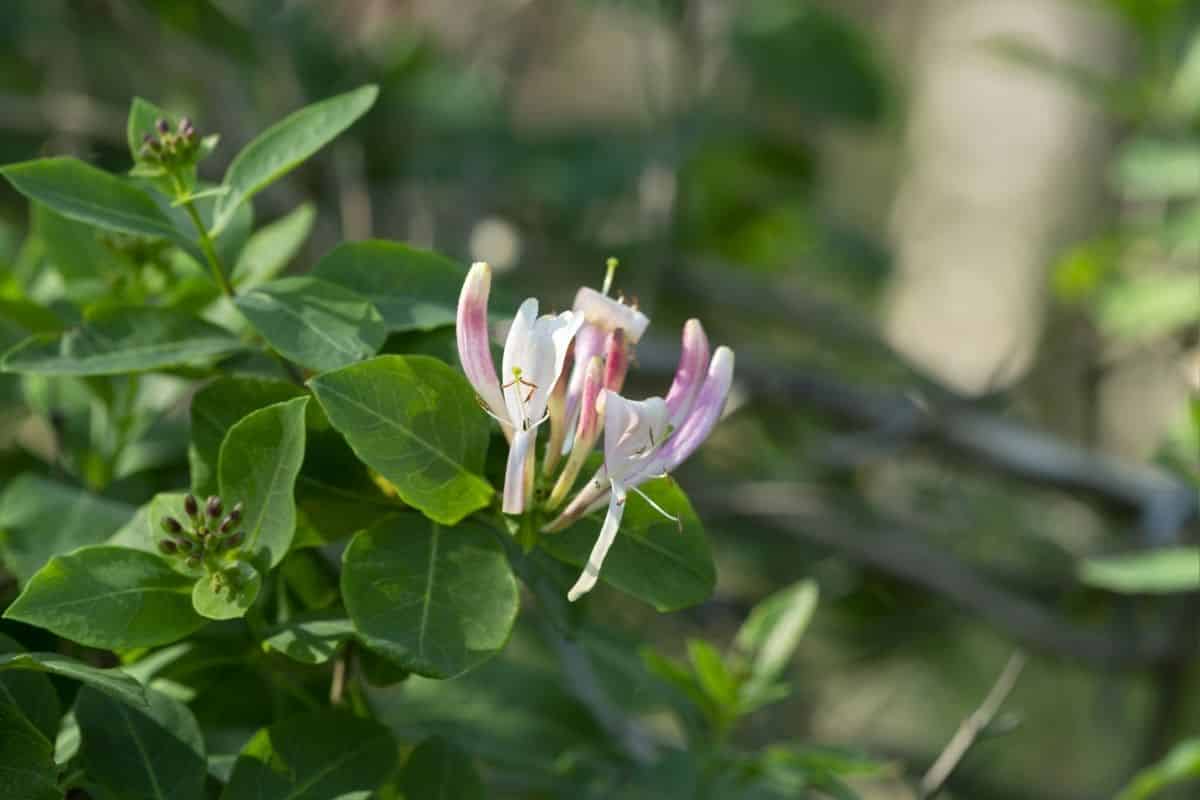 When you come to hear this flower’s name for the first time, you would think that it is rich in honey or attracts a lot of honey bees. Well, you are somewhat on point because these flowers are a rich source of nectar for our little pollinator friends!

The Honeysuckle was first used in 1548. A species called the common Honeysuckle is scientifically known as Lonicera periclymenum. The Middle English derivation of Honeysuckles honysoukel comes from the Old English hunisūce. Meanwhile, hunisūce comes from two words hunig and sūcan meaning honey suck. The plant hails from the genus Lonicera of the Caprifoliaceae or honeysuckle family.

It is a perennial shrub with flowers rich in nectar native to the regions of Northern and Southern Hemisphere mainly in South Asia, North Africa, but mostly in China.

Symbolic meanings of the Honeysuckle date back to the time of Christ and the Victorian era. In the United States, the Lonicera flower is honored as the south’s official emblem. Meanwhile, the people of the Victorian era believe that this blossom symbolizes eternal bonds of love and fidelity. It was also an expression of a person declaring their love and affection.

Did you know that Honeysuckles have the magic to make you dream of the one you truly love? According to Victorian hearsays, sleeping with this flower under your pillow will do just the trick! You’ll never know unless you try or better yet, it might just become a reality!

The zodiac Capricorn is also associated with Honeysuckles. It represents the zodiac’s sweetness in aura and spirit. Surprisingly though, the flower is also symbolic of the month of June and is a great floral bouquet to offer upon meeting your partner’s parents! It offers good luck and as the Victorians say it, eternal bonds of love!

Upon first sight of Honeysuckles, one would come to understand that it conveys the meaning of love and generosity. Just by simply admiring how its petals are intricately designed, one will surely agree with this meaning.

What does a White Honeysuckle Flower Mean?

Honeysuckles with white petals send out the meaning of self-happiness and satisfaction. It embodies the feeling of being enough with who you are. The formation of bonds of love is also associated with the display of such flowers.

What does a Yellow Honeysuckle Blossom Symbolize?

Yellow honeysuckles represent a person’s inconsistencies in love and his or her own sweet disposition. It reminds one that nothing is ever certain in life, making it exciting and adventurous every day.

What does a Pink Honeysuckle Bloom Represent?

Lonicera flowers with pink petals are fortune-tellers of the present and the future. Admirers of these floras are reminded of their passionate pursuit of desires and goals. Blossoms of this color also foretell the destiny of a person.

What does a Red Honeysuckle Flower Indicate?

What does an Orange Honeysuckle Blossom Mean?

Lonicera blossoms with orange petals wish those admiring its beauty to experience pleasure and togetherness. This meaning applies to relationships of all kinds, may it be familial, romantic, or friendly!

What is the Spiritual Significance of Honeysuckle Florets?

Spiritual healing involves the cleansing and mending of the soul. In this case, the honeysuckles represent the psychic awakening and realization of an individual. It offers the person spiritual protection and guidance while earning a living.

What is the Cultural Significance of Honeysuckle Blossoms?

Honeysuckles are associated with the soothing effect of healing pain and discomfort during pregnancies. It is closely attributed to the Virgin Mary. Christians believe that the flower was used as a gynecological medicine during Her conception and birth of Jesus Christ.

What does a Honeysuckle Floral Tattoo Symbolize?

A floral tattoo of honeysuckles symbolizes the bonds of love and gaiety of an individual. It portrays the person’s overall genuine happiness and contentment in life. So if you’re thinking of a new body art addition to your collection, Honeysuckles are a sure one to add to your choices!

Uses of the Honeysuckle

Honeysuckles offer benefits for multiple ailments according to ancient Chinese traditional medicine. The flower buds contain moisturizing and antispasmodic properties that are used in creams and lotions for aches and swellings.

It also contains antimicrobial properties that claim to treat types of bacteria such as salmonella, staphylococcus, and streptococcus. Antibiotic properties are also present as a treatment for common colds, flu, and fever.

There have also been claims that consuming the flowers raw or through tea infusions can help treat asthma, rheumatism, and increased blood pressure. A word of warning that it’s a must to always consult a medical professional before using this plant or any part of it for medical purposes.