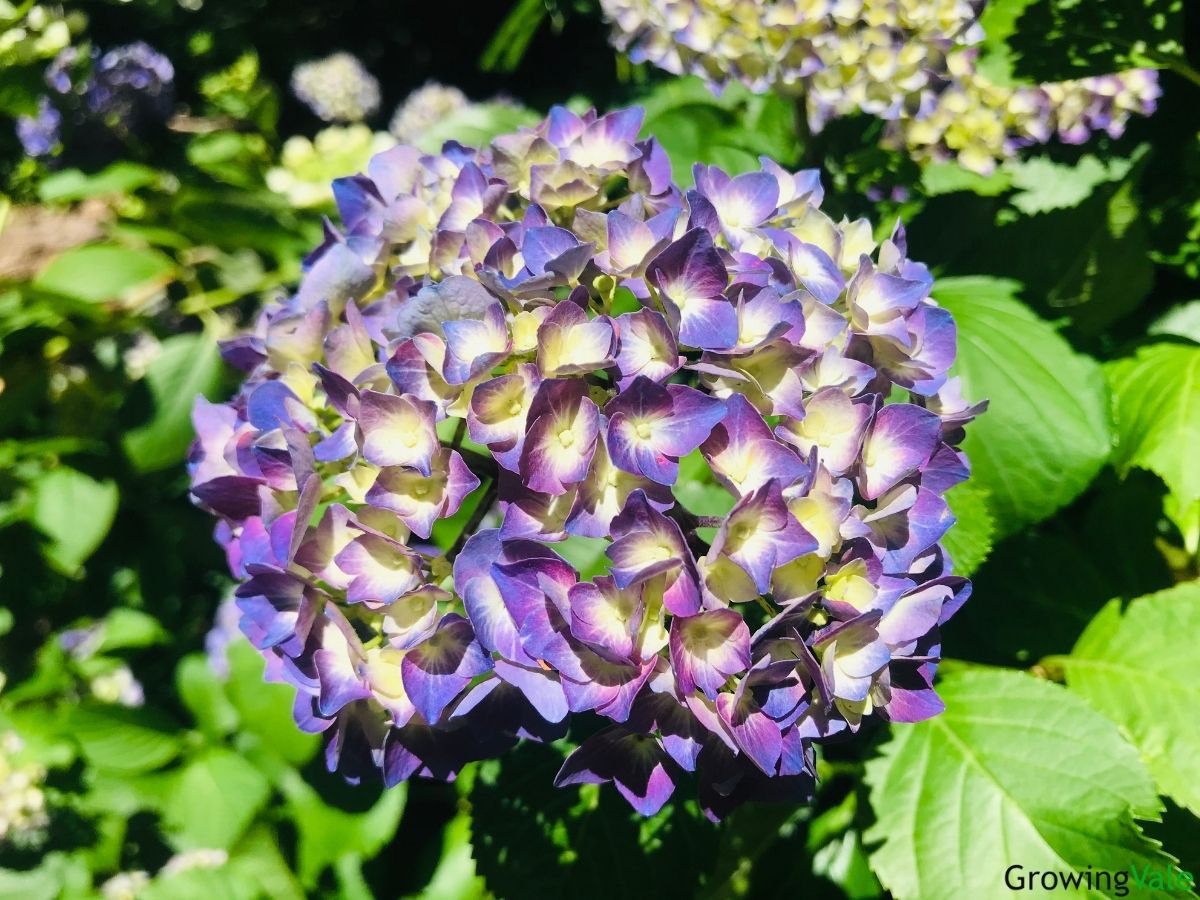 Have you ever seen a flower that looks like a magic wand? Well, the Hydrangea looks something quite like that! This particular plant has many meanings as bountiful as its flowers.

Hydrangeas are not like your typical garden flower. The appearance of this unique blossom is unlike any other in the field of floras. It consists of a beautiful cluster of dainty florets that take the shape of a globe!

Hydrangeas were first officially described in 1753 as erect woody shrubs with ball-like clusters of flowers. These beautiful flowers are native to the Western hemisphere of the globe and across the Eastern Asian regions. It was first popularized in England thanks to a botanist from Pennsylvania.

The flowers belong to the genus Hydrangea of the Hydrangeaceae family. To date, there are around only 23 species from this genus! The name is derived from the Greek words hydor meaning water and angēa which is a feminine derivative from angeîon. Did you know that there is another historical reason for this genus? You better read through to find out what that is!

There are a few popularized species of the Hydrangea flowers. Some of these include the Hills-of-Snow (H. arborescens) and the Hortensia or the French Hydrangea (H. macrophylla).

Believe it or not, but the soft colors of Hydrangeas actually symbolize its coolness! Just like a swift breeze, the flowers represent relaxation and calmness.

The astrological signs also have associated floras for the gods. You will find it interesting to know that the Hydrangeas are actually plants of good luck for zodiac Cancer!

The true meaning behind this blossom can be unraveled in its delicate seed capsule. According to some, its floral name actually and literally means water vessel because of the cup-like shape of the seed! Some say that the meaning actually comes from the seed capsule resembling an ancient Greek water container. Whichever definition you come across, one thing is for sure. The seed capsules DO look like water vessels.

Some negative connotations about this flower include hurtful feelings, carelessness, heartlessness, and frigidity.

What does a White Hydrangea Flower Mean?

The dawn of a new beginning and hope are what these flowers mean. It is a reminder to always stay humble. Just like a new slate of canvas, it also means room for growth and limitless creativity.

What does a Red Hydrangea Blossom Symbolize?

Although it popularly symbolizes beauty and strength, a red Hydrangea is symbolic of vanity. May it be for a man or woman, being vain has no gender! On a side note, being vain isn’t always as bad as it sounds. In fact, it actually also symbolizes self-love.

What does a Blue Hydrangea Floret Indicate?

Blue Hydrangeas indicate practices of being conservative and predictable in action. The flower also often indicates the difficulty in accepting and transitioning change.

What does a Pink Hydrangea Bloom Represent?

Being delicate and sweet is represented by pink Hydrangeas. It also portrays favorable traits such as sweetness and innocence. These are also a representation of pure emotions and pleasant memoirs.

What does a Purple Hydrangea Flower Symbolize?

A purple Hydrangea symbolizes pride, honor, and devotion. Apart from this, the flower is also a reminder of making the right choices every day.

What is the Cultural Significance of Hydrangea Blooms?

In the cultural practices of the Japanese, the Hydrangeas are honored in a very interesting way. The flowers are a traditional motif decorated on the yukata. The yukata is similar to a traditional robe but is actually an informal and unlined cotton kimono used by only the modest upper-class society. In modern times, the yukata is now more commonly worn by simple folk.

What is the Spiritual Influence of Hydrangea Florets?

Such bountiful flowers are aligned with the mystical powers of water and aid in the realm of psychic awareness. Its presence helps improve the experience of having psychic gifts. Creating boundaries and staying spiritually safe and sound are just a few of these gifts.

What are the Folktales or Mythologies Associated with Hydrangeas?

According to popular belief, English noble maidens were taught at a young age to appear indifferent and emotionless. Oftentimes giving their suitors a tough time, the flowers were associated with such women for being heartless and frigid. Did you know that these flowers are bad luck? It certainly is if you decide to give a bouquet of these to a woman you’re courting!

In a whole different perspective of storytelling, the flowers actually have magical powers. It was believed that if you carry with or scatter these flowers, their charm and power could break any strong spell!

Greek mythology says that these flowers are an indication of thirst. In one tale, many folks believe that the flowers are named after the famous sea monster Hydra, the creature with snake hairs!

What does a Hydrangea Floral Tattoo Symbolize?

The symbolism behind this floral tattoo design sends a message of being grateful for the gift of understanding. This message probably refers to the bounty of flowers appearing per cluster! To put it simply, a tattoo of this choice embodies gratitude and thankfulness.

Hydrangeas are definitely a fan favorite in bouquets and as cut flowers in vases. If you would want to keep it around longer, these are also excellent floral garden ornaments or indoor potted plants. But like all flowers, this one is no exception to the many cultural and traditional medicinal uses.

The roots are known to have diuretic and cathartic properties. The Cherokee folk practice the use of this part in traditional medicine. They used the roots as a support supplement or treatment for the kidneys and bladder.

During the 19th century, the physiomedicalism herbal movement suggested and presented the use of the flowers combined with cough grass and Hollyhocks to treat nephritis – an inflammation of the kidneys. In Japan, a dangerous traditional practice of steaming the leaves was done to drink for relief. A word of caution that it is a must to always consult a medical professional before using this plant or any part of it for medical purposes.

Up next: How to plant hydrangeas