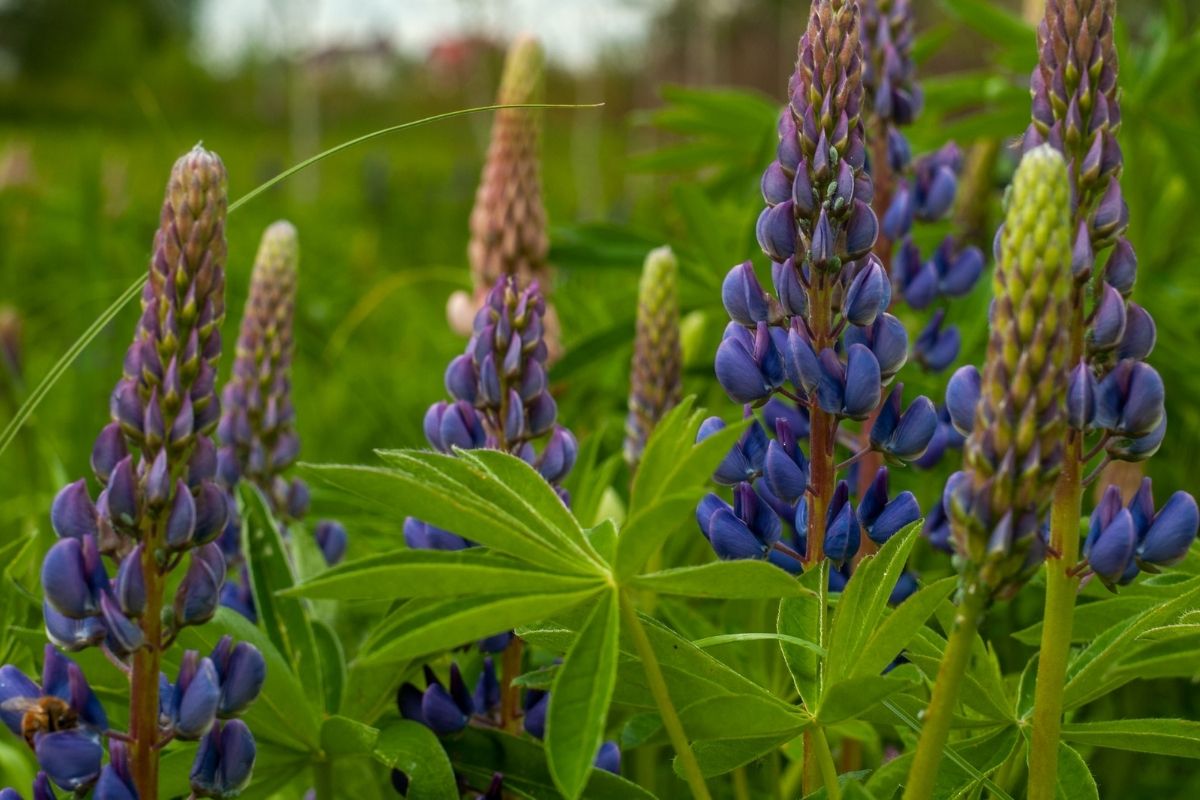 The Lupine flowers just about sounds as sweet as its floral name! The flower’s fragrance smells as sweet and luscious as honey! As a matter of fact, it is the favorite sweet treat of the Karner blue butterflies! If you are ever thinking about an ornamental plant to spice up your garden, then the Lupines should be your top choice!

Lupine – collectively called Lupines were cultivated at least over 2,000 years ago by Egyptians and some folk in the Mediterranean regions. This name was first formally used in the 14th century to define a leguminous annual or perennial herb.

It belongs to the genus Lupinus of the pea or Fabaceae family. With over 200 species in the genus, the Lupines are also still presently native to the Mediterranean and North America.

The Latin genus name Lupinus derives from the Greek words lupus or lupinum meaning wolf. This translation comes from the belief that the flowers drain and dry the soil of its vitamins and nutrients. Surprisingly though, this translation is actually not true!

The Lupin or all together as Lupins are symbolic of the dark werewolf creatures of forests. Legend has it that since these flowers were believed to drain the soil of their nutrients, they also killed herds of lamb and sheep just like the big bad wolf in fairy tales! Believe it or not, this flower also holds the symbolic meaning of one’s voracious appetite and wild imaginations.

Lupins are also associated with the underworld. According to famous mythologies, it also embodies the image and beauty of the goddesses Venus and Aphrodite.

In the state of Texas, the Texas Bluebonnet has been honored as the state flower since 1901.

The Lupines are known to be a herald of amazing meanings. It holds the symbolic meaning of having vast imaginations and excessive eagerness. Aside from this, it can also mean happiness and admiration. The mere sight of this flower also sends a message to its admirers. Meanwhile, the blossoms send a message of good health and fortune.

What does a White Lupine Flower Mean?

A white lupin flower holds the meaning of forgiveness and self-sacrifice. It is symbolic of selflessness and deep compassion for others.

What does a Red Lupine Blossom Symbolize?

The passionate admiration and unsurpassed endurance are symbolized by the red Lupines. It stands for the heart of the brave and determined in life.

What does a Blue Lupine Floret Represent?

Blue Lupins represent sensitivity to emotions. It embodies the feelings of sorrow and empathy towards those who need understanding.

What does a Yellow Lupine Bloom Indicate?

The yellow Lupines are for those with an adventurous spirit and are ready to take on new challenges every day. It symbolizes uncertainty in voyages and the struggle for survival.

What does a Pink Lupine Flower Symbolize?

There really are flowers that exist to remind one of the precious memories of those who have moved on. Pink Lupines do just that and are known to represent the most cherished and unforgettable memories.

What does a Purple Lupine Blossom Represent?

Generosity and loyalty are what purple Lupines stand for. It represents the determination and kindness of the heart.

What is the Cultural Significance of a Lupine Flower?

The symbolic meaning of a brightened mind and heightened imagination comes from the written works of the Romans. Pliny wrote about the cultivation of Lupines as an article food that can impart fresh complexion color and cheerfulness. Meanwhile, the Greek physician Hippocrates spoke of the Lupine as food along with other pods such as lentils, beans, and peas. These written cultures gave rise to the most popular use of Lupines today!

What is the Biblical Meaning Behind a Lupine Bloom?

Bolognese tradition believes that the Lupin was a voodoo during the flight of the Holy family into Egypt. It was said that these flowers attracted so much attention that the minions of Herald were led to where the Holy family was resting!

Symbolically, the passing of a Lupine is like one’s mortality and the fleeting nature of power and wealth.

What does a Lupine Floral Tattoo Symbolize?

The person choosing this floral tattoo design wants to embody the sense of always being happy. It also represents one’s fanciful and cheerful nature.

Although Lupins are poisonous and toxic when ingested, modern science has discovered a way to remove such properties from the flower. Sweet lupines are rich in protein with minimally low oil content. It can be directly fed to farm animals such as turkeys, cows, lambs, swine, and dairy cattle. Indians also used these as animal fodder and human food.

The roots, leaves, and young plants can be cooked as food and are commonly consumed in Egypt, Portugal, Italy, and the Levant. The seeds are left to soak overnight in water to allow them to soften before boiling and eating. Aside from being cooked, it is also turned into a spice popularly sold in Israel to Jews of Egyptian heritage.

In traditional practices, the Menomini used blue Lupines for the care and maintenance of horses. These used the forage to fill the spirit of the horse with fire and determination. The Cherokee people also used the flower as an infusion remedy to stop bleeding and vomiting.  A word of warning that it’s a must to always consult a medical professional before using this plant or any part of it for medical purposes.