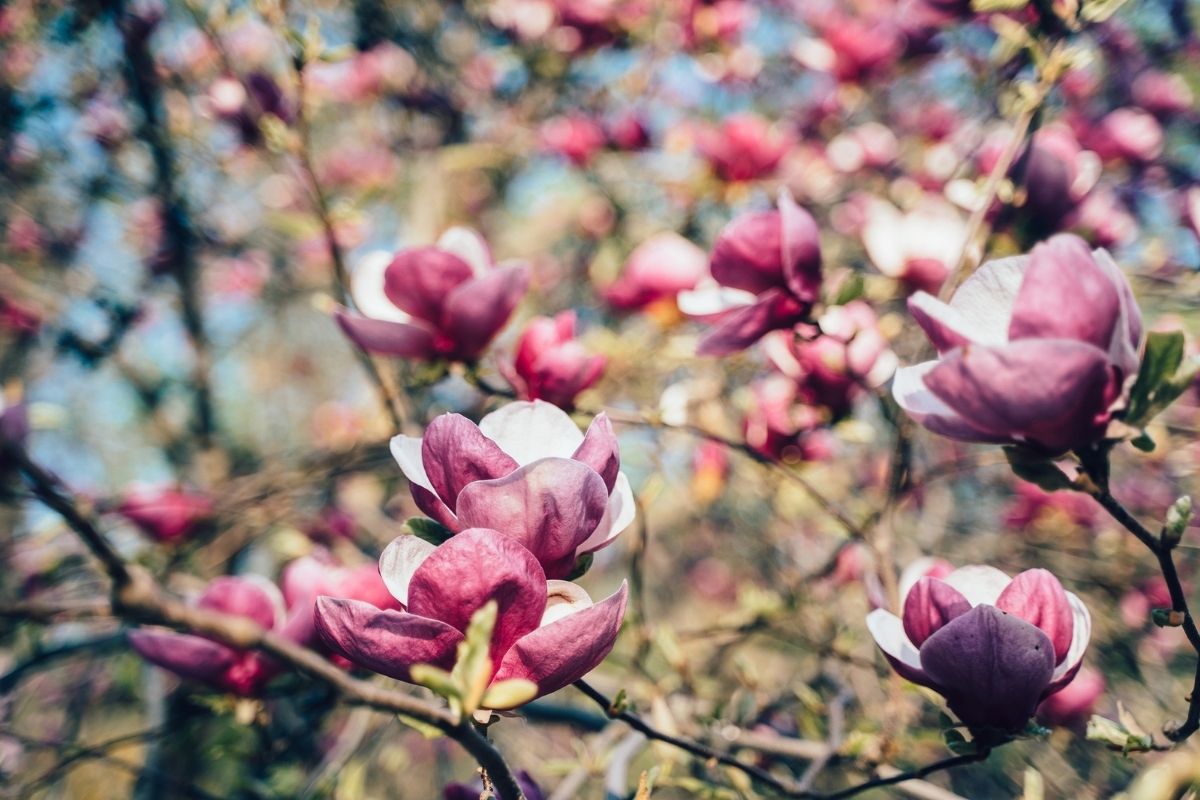 The Magnolia is known as one of the world’s primeval cultivated flowering plants. Mostly marveled for its grandeur flowers and leaves, its flower meanings and symbolism present a whole new perspective of the species.

There are flower meanings associated with the magnolia that is surely something that will make you want to have this plant in your garden. These flowers represent long life, purity, and royalty and also have a symbolic meaning of dignity and perseverance.

The long history of this plant is what gives the magnolia flower meanings that are still alive to this day. The Magnolia genus hails from the Magnoliaceae family which is closely related to the buttercup. It is considered as one of the world’s prehistoric plants which have existed over 100 million years ago.

The first records of the genus dated back to ancient Aztec history during the time of Montezuma and are now vastly diverse throughout Europe, North and South America, and Asia. It was well known as one of the first flowering plants around the world. Charles Plumier was the first to note the magnolia citing that it first came to be in east Asia.

It was first described in the works of Swedish botanist Carolus Linnaeus between 1735 – 1739 in “System Naturae” and “Species Plantarum”. The genus was named as a tribute to the late French botanist Pierre Magnol for his deep admiration of the plant’s flowers.

Today, the magnolias are indigenous to the Southern United States and China. Some examples of the magnolias include Magnolia grandiflora (Southern magnolia), Magnolia sieboldii (Siebold’s magnolia), and the Magnolia stellata (Star magnolia). Magnolias have large flowers which bloom during the early spring season.

Many symbolic meanings are associated with the Magnolia across the globe. Its flowers symbolize dignity, perseverance, and love during the Victorian era while the tree itself indicates magnificence.

In ancient China, the flower is also known as the ‘jade orchid flower’ which embodies feminine beauty, and purity. Debuted in the Disney animated movie “Mulan”, the female protagonist’s famous hair comb had the magnolia flower design in the film which showcased her beauty as a woman and the dignity of her family.

The crab apple and peony adorned with the plant’s stunning flowers were often offered as a gift of wishing for wealth and honor. Chinese culture and art also symbolized the beauty of magnolia. Paintings of the flowers with the presence of bees indicated the high regard and self-esteem of an individual.

Great Britain also marvels at the flower of the glorious plant. For the British empire and its colonies, the flower symbolizes global connections of other nations far and wide.

For the United States, both Louisiana and Mississippi have chosen the magnolia as state tree thanks to the school children who voted it as an official flower in 1952. However, the state of Louisiana selected this as its official state flower earlier than Mississippi did. These two states are sometimes referred to as magnolia state or magnolia city!

Moreover, some interesting facts about the magnolias are also being said by a southern woman from the southeastern United States-  the magnolias symbolize South of America’s “tree of society”.

The Japanese system also has a special symbolism for magnolias. The name magnolia translates to the term “Hanakotoba” and associates it with the love for nature. Meanwhile in North Korea, magnolias are very well-respected as North Korea’s national flower and are more popularly known as the Korean Mountain magnolia.

The word “Magnolia” has an etymological meaning of any genus Magnolia of American or Asian evergreen or deciduous shrubs or trees. The plant’s blossom is also denoted by the arrival of early spring and comes in many different colors.

Legend has it that only the Chinese emperor was permitted to grow these flowers and was only bestowed as gifts upon his most loyal dignitaries. Its various colored flowers each convey a fascinating association.

In Chinese feng shui, the magnolia are regarded as delicate flowers that symbolize purity. This is the very reason why magnolia blooms to this day represent purity and nobility and are the perfect housewarming gift for new homes.

Detailed below are the different magnolia flower color meanings. Each color symbolizes positive symbols and other meanings sometimes associated with good luck.

What Does a White Magnolia Mean?

White magnolias represent love, perfection, purity and nobility for its creamy or ivory hues. These white flowers are a classic color for the magnolia species and are associated with the feminine side.

What Does a Pink Magnolia Symbolize?

What Does a Purple Magnolia Mean?

Purple magnolias denote the support of an individual’s wishes for good health and wellness.

What Does a Green Magnolia Represent?

What Does a Yellow Blossom Symbolize?

What Does Magnolia Tattoo Symbolize?

Magnolias are popularized tattoo designs as body art for their symbolism of eternity, endurance, and longevity. For the Chinese, body art tattoos of the flower symbolize nobility and purity.

With a different meaning behind each of the blossom’s colors, it is best to pair with what represents the person’s character and personality the most.

What is the Biblical Meaning of a Magnolia Tree?

The bible is one of the many books which showcase plants and flowers with their symbolism. The steel magnolia tree of the South Americas is associated with Mary Magdalene who was a faithful disciple of Jesus Christ.

This tree is glorified for its great physique of strength in terms of height and girth. Mary Magdalene during the time of Christ displayed peerless strength during times of struggle.

Are Magnolia Trees for Goodluck?

Although its flowers have diverse symbolisms and the tree itself represents magnificence, the magnolia tree also embodied good luck and fortune.

In the State of Georgia, USA, the prehistoric tree represents a good omen and is considered an important pillar to the stability of one’s home.

Aside from the magnolia flower symbolize many things, magnolia petals and magnolia leaves were used in traditional medicine and rituals. In traditional Chinese medicine, the magnolia blossoms bloom have a pungent yet warm characteristic that was used by early lunch and stomach meridians.

The beautiful magnolia flowers were used to treat nasal conditions, sinus headaches, menstrual cramps, and other lung problems. The best way to apply these treatments were through pills, powders, and ointments.

Magnolia flowers are also great gifts and make the ideal gift on many occasions. Magnolias are such fragrant flowers that folks love decorating these in homes and gardens. Some go as creative as giving magnolias on Valentine’s day or using its beautiful flowers as wedding flowers or bridal bouquets!