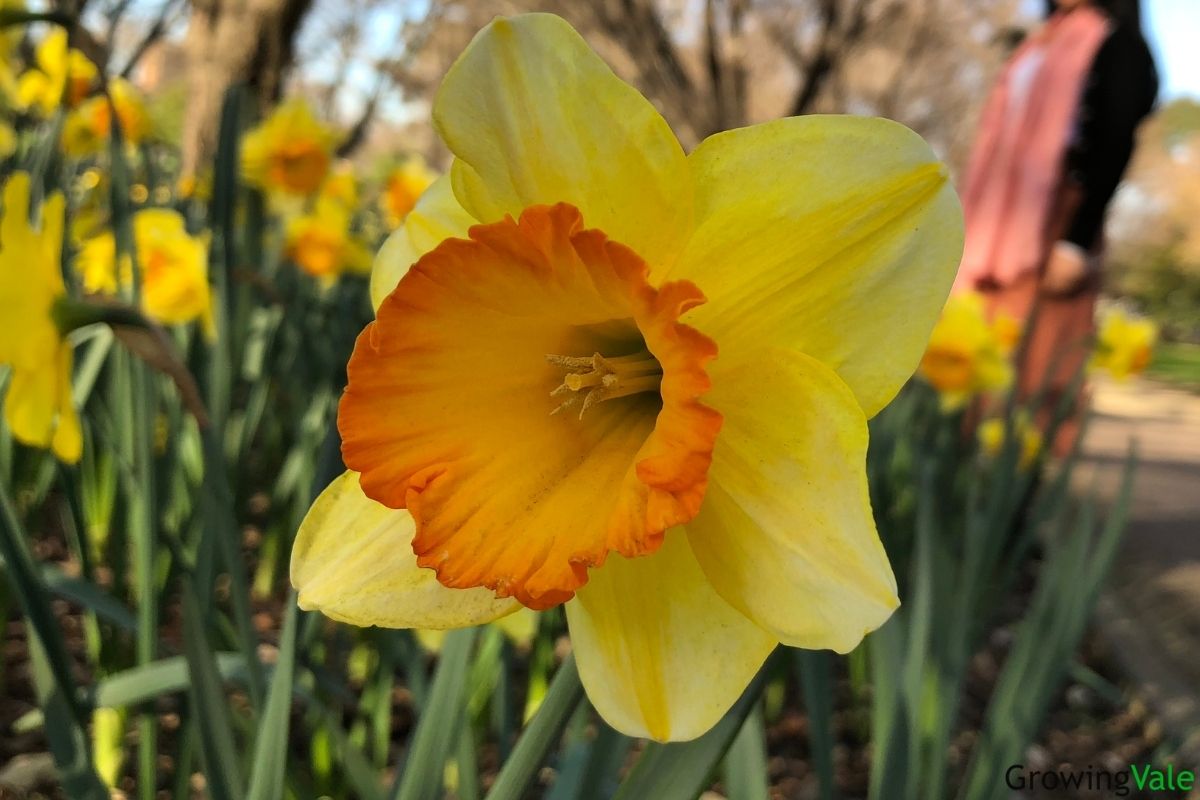 When it comes to knowing the birth flowers by month, you cannot ignore March. March is the last month of winter, offering promises of warmer weather and good times ahead. It is also home to St. Patrick’s Day and (sometimes) Easter.

The birth flower Daffodil helps to celebrate March births and the coming of spring with its trumpet-shaped blossom in cheery shades of yellow, white, or orange. As the only March flower of the month, these early-spring beauties are full of meaning and celebrated throughout the world.

Native to Europe and North Africa, daffodils (Narcissus) grow in a range of habitats – from rocky woodlands to subalpine meadows. They were first introduced into gardens by the ancient Greeks in ca. 300BC by the Greek botanist Theophrastus.

It is believed that this early-spring bloomer was given the Latin name “Narcissus” coming from the Greek word “narkissos” which means narcotic or numbing sensation. These sensations come from the alkaloids in the plant that create a sedative effect. It might also be that this March flower is named after the Greek god Narcissus who drowned staring at himself in a reflecting pool – a warning to avoid narcissism!

Sometimes also referred to as jonquils (which is another more delicate variant of the genus), lent lilies, daffadowndilly, or by their Latin name narcissus, this March flower was brought to Northern Europe by the Romans as they believed that daffodil sap has healing powers. Quite the contrary – the sap contains skin-irritating crystals and the plant itself is toxic to both humans and wildlife.

In modern times, the widest variety of species can be found in Spain. However, they are grown and loved throughout the world and are often associated with spring festivals. Daffodils are so beloved in Wales and Iran that they have been made the national flower!

What Do Daffodils Symbolize?

Here’s what to know about daffodil symbolism:

Narcissus, the March birth flower is loved throughout the world with each location placing a special meaning on this cheery March bloomer. In Wales, where daffodils are the national flower, daffodils symbolize faithfulness because they rebloom year after year. This complements its historical association with death and rebirth from Narcissus’ death in Greek mythology to its perpetual return as an Easter flower.

In China, the birth flower for March represents luck and prosperity as they blossom during the Chinese New Year.

As they represent hope, the daffodil is sometimes also used as the logo of cancer charities by global organizations.

With their cheery and inspiring trumpet-like blossoms, daffodils also symbolize rebirth, luck, and prosperity. These opportunities for self-reflection often inspire creativity which leads to new beginnings, renewal, and ultimately happiness. Such happiness can lead to new chances for prosperity.

The language of flowers, as introduced during Victorian times, suggests that daffodils symbolize friendship. This friendship is true and nurtured by modesty, respect, and chivalry and can brighten anyone’s day!