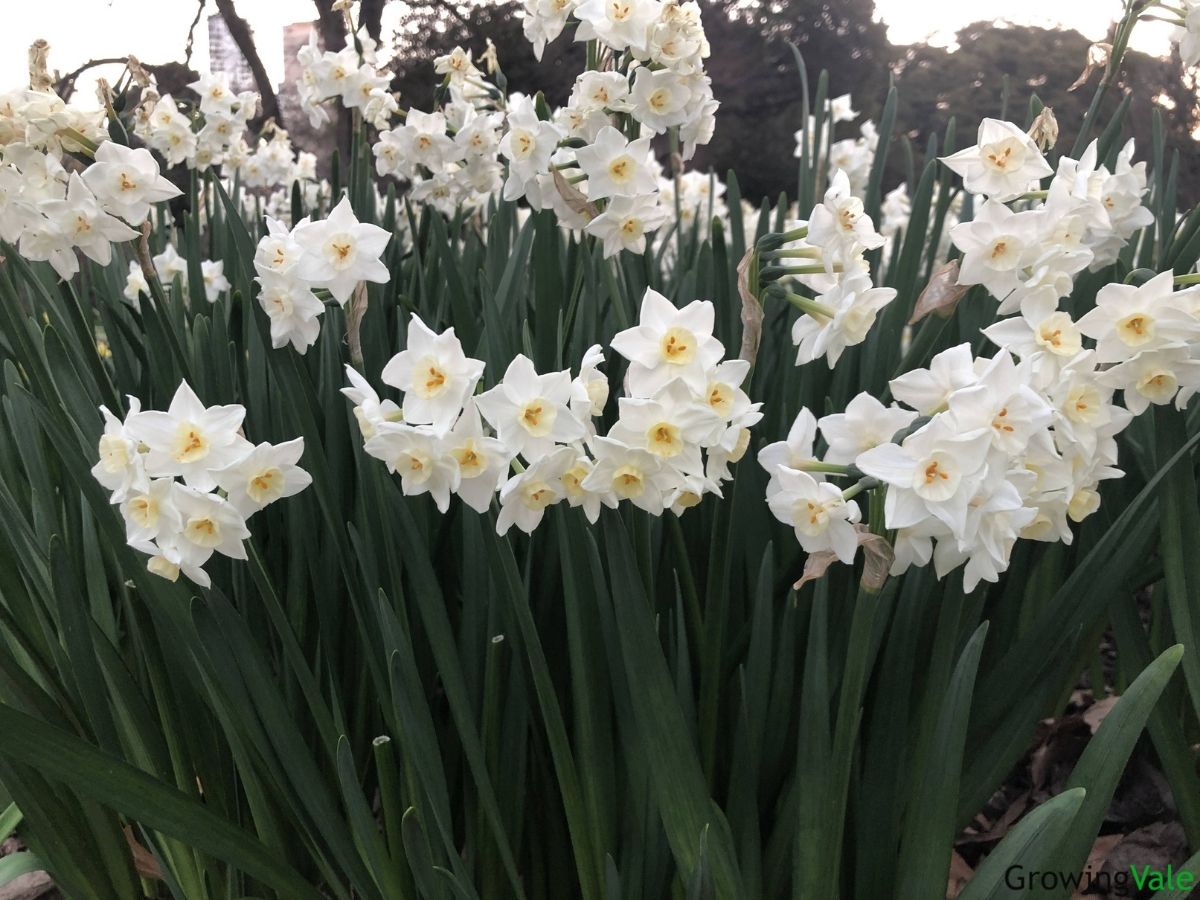 Since there are so many beautiful florals out there, have you ever thought about a flower that is quoted as a narcissist? Lo and behold the Narcissus flower! If you already know about the tale of Narcissus, then this flower shouldn’t come as a surprise!

But don’t be too hasty to judge that this flower is all about vanity. In fact, there are a whole lot more in-depth meanings and a few symbolism behind the Narcissus that make it stand out in a crowd.

The rise to fame of the Narcissus florals began in the 12th century. These flowers were then defined as perennial plants with fragrant flowers and poisonous bulbs. The surprising thing about these poisonous bulbs is that they were once used medicinally as emetics and cathartics.

The Narcissus belongs to the genus Narcissus of the Amaryllidaceae or Amaryllis family. There are about 40 species of this genus wherein the Daffodil is the most famous one! The genus name comes from the Greek words narkissos or narce meaning to numb. Quite odd for a genus name but this actually refers to the poison within the bulb! And the floral name? You could guess this! It is named after the famous Greek narcissistic man himself who is none other than Narcissus!

The narcissist flower, Narcissus, is also called by another name – Goose leek. Why that name? That’s because of the flower’s close resemblance to a goose’s beak! These fragrant yet toxic blossoms are native to most regions of the European continent.

It was already previously mentioned that Daffodils are the most famous species of Narcissus – and this is very true! The Daffodil (N. pseudonarcissus) is among the garden floral favorites along with Jonquil (N. jonquilla), the Poet’s Narcissus (N. poeticus), and the Tazetta Narcissus (N. tazetta).

To get it out there first, Narcissus blossoms are collectively called Narcissi or you guessed it – Narcissuses. These flowers generally are symbolic of narcissism – a state of being lacking satisfaction due to doubts, mistrust, and dissatisfaction.

Meanwhile, in the Victorian language of flowers, the symbolism behind Narcissi is not quite as vain as you would think.

It stands for in-depth self-care such as moments of self-contemplation, foundations of self-sufficiency, and extreme inversion when the need arises. In short, it is not only about being vain – it is also about learning to love yourself for who and what you are.

The language of flowers regards Narcissi as definitions of narcissism, egotism, and selfishness. All very self-centered because of the story behind the fame of these floras.

In the Victorian language of flowers, a quite different meaning is defined. The flowers mean an unrequited love – the love not meant to be between Narcissus and the servant nymph Echo.

What does a White Narcissus Flower Mean?

White Narcissi holds the meaning of being sympathetic. Being sympathetic not only in terms of expressing the same sentiments but also the trait of having an attractive personality!

What does a Pink Narcissus Blossom Symbolize?

Having a deep desire and sweetness is symbolized by pink Narcissi. Don’t mistake this deep desire for vanity though because it is a desire for the good things in life!

What does a Yellow Narcissus Floret Indicate?

When wanting to indicate self-esteem and self-admiration, a yellow Narcissus flower will do just that trick! Go get one of these if you want to showcase your self-love!

What does an Orange Narcissus Bloom Represent?

Orange Narcissus flowers represent pure ambition and strict formality. Something not so closely in line with being narcissistic!

What is the Cultural Significance of a Narcissus Flower?

For traditional Chinese culture, this flower was not at all dubbed as vain or selfish. In fact, the Chinese called it the water fairy because of their traditional cultivation practice. The Narcissi were grown from the bulbs in jars filled with water and are forced to bloom each new year.

According to the custom, its bloom every new year indicates good fortune for the whole year around.

Historic chicken farmers also believed in the negative vibes these flowers gave off. Farmers wouldn’t allow these into their homes or land believing that it brought about bad luck for the chickens! They said that either the hens would stop laying eggs or that the eggs themselves wouldn’t hatch! Sheesh!

What is the Biblical Meaning of a Narcissus Blossom?

Narcissi blooms depict meanings of selfishness and self-love as seen in some scriptures of the Holy Bible. As humans during the time of Christ, these flowers indicated their coldness and indifference.

According to the Christian faith, these flowers were depicted in some scenes of the Annunciation or of the eternal paradise. This scene shows the triumph of God’s divine love, sacrifice, eternal life amidst the dark days shrouded by death, selfishness, and sin.

What is the Spiritual Influence of a Narcissus Floret?

Spiritually, the Narcissi influences the process of rebirth, healing, and self-acceptance. It protects vital spiritual energies which will attract and create a more peaceful living environment. The essence it contains helps in the balance and purification of the created surrounding energy.

During the process of creating this environment, these will guide the process of peaceful transition and distance it from all things that will disrupt the balance.

What are the Folktales Associated with a Narcissus Bloom?

You have probably heard that the origin of the narcissistic personality comes from the legendary Greek man Narcissus, but have you heard about how that story goes? The Greek mythology going around about Narcissus revolves around a story of selfishness and conceit.

Narcissus was a beautiful man and the son of the river god Cephissus and the nymph Liriope. In fact, it was said he had a twin sister who was as equally beautiful as him and who he loved dearly! The nymph Echo was so entranced by his beauty that she devoted her love to him only to be stricken with heartache.

Upon his twin sister’s death, Narcissus succumbed to staring at his own reflection – admiring not only his beauty but also his dead sister’s. Many saw this as the mirror of his own selfishness and lack of sympathy causing his own demise. Shortly after, he drowned to his death in the river and out bloomed the blood-red flower known today.

What does a Narcissus Floral Tattoo Symbolize?

Choosing the floral design for a tattoo is both brave and daring given the symbolism and meaning attached with the flower itself. At a first glance, some would think it symbolizes the narcissistic tendencies and indifference of the person but it doesn’t! For the brave and daring, this embodies their self-love and acceptance.

Beware that the bulbs of these are poisonous but with a few medicinal applications from earlier timers. In France, these blossoms were traditionally used as a remedy to treat epilepsy although, after some time, it was also discovered to be too overpowering and caused severe headaches and nausea.

Traditionally, tea was also made from its root and intaken to hasten menstrual flow. This infusion combined with myrrh was also said to strengthen the eyes for better sight. A word of warning that it’s a must to always consult a medical professional before using this plant or any part of it for medical purposes.