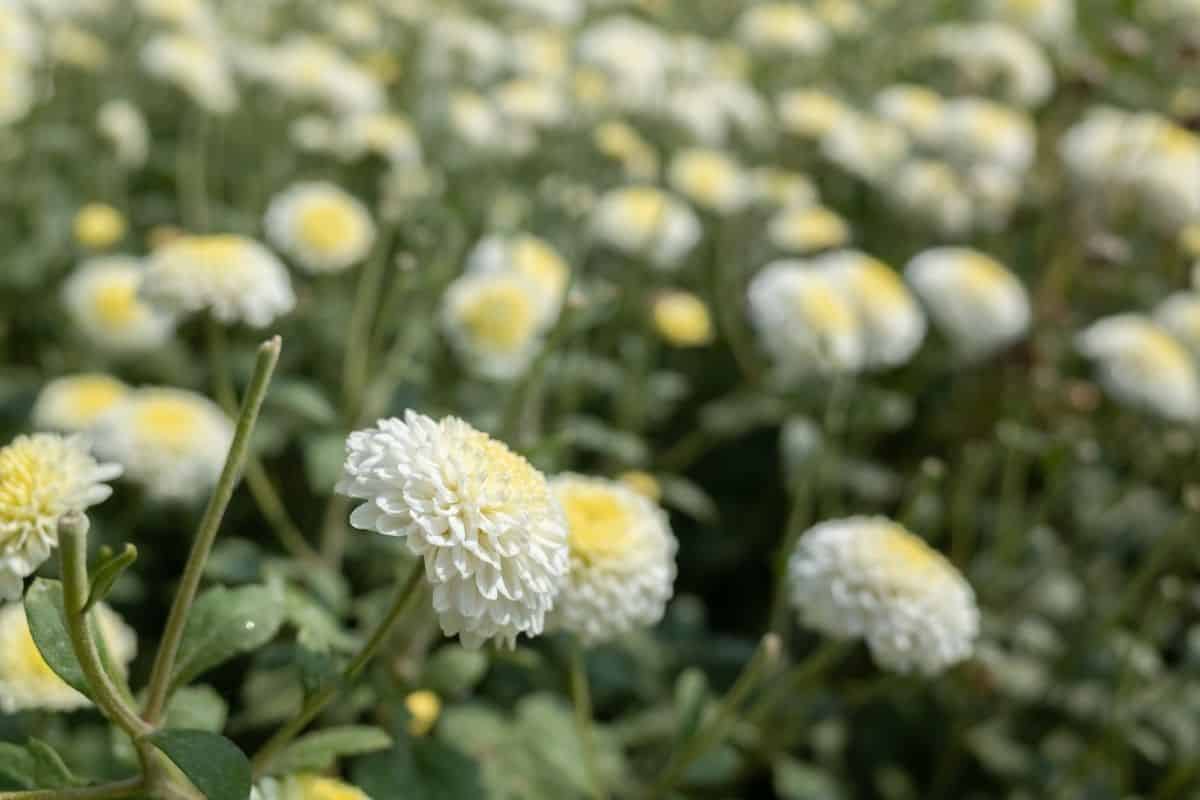 After the spooky festivities of Halloween in October comes November – a month full of prayer and solemnity. Following the candy-sweet events of Trick-or-Treating is the All Saints and All Souls Day – two very religious holidays remembering the beloved souls of the dead in purgatory and holy saints.

The history of why the day of Saints and Souls falls follow each other in November became universal in the 13th century. Historically, All Souls Day was assigned to the second day of November by Odilo – from the Abbot of Cluny in France.

November is the 11th month in the Gregorian calendar after the reformation. The name of the month was taken from the Latin word Novem meaning nine – its initial position as a month in the early Roman calendar. This is also a month full of calm and peace in preparation for exciting feasts during the Yuletide season.

But what might be the birth month flower of November? You guessed it – it is none other than the Chrysanthemums of course! The dusky yet colorful shades of these flowers’ petals are just perfect for the month!

Since November is a month first greeted by the day of Saints and Souls, the Chrysanthemum is the perfect birth flower because of one of the key symbols about it. In European cultural traditions, a Chrysanthemum is regarded as the flower of condolence and grievance.

Another special holiday November shares with the birth month flower of August, Poppy is the Armistice Day – or the day of Veterans. It is an occasion of remembrance and honor for those who have died during the World War.

Chrysanthemums are sometimes called the flowers of the dead. Most times, people often practice offering these flowers on gravestones and tombs. And if you take a close look at these blossoms, it has a close resemblance with other gorgeous flowers!

The Chrysanthemum is a flower distantly related to Asters, Cosmos, and Marigolds – other beautiful birth month flowers! Just like its sister florals, it is also a composite herbaceous or shrubby plant with bright double-petal flowers.

Chrysanthemums are also famously called Chrysanths or Mums for short. It is a part of the genus Chrysanthemum of the Asteraceae or Aster family. There are around 40 species for this birth month flower and is diversely native to the subtropical and tropical regions of Europe, Africa, and Asia.

There is also quite some history as to the origin of this genus and floral name. The name Chrysanthemum was said to be taken from the Greek word Chrysanthemon – referring to particularly any plant with bright yellow flowers.

It is also believed that this name is taken from other Greek words Chrysós meaning gold and Ánthemon meaning flower. If a Sunflower means the flower of the Sun, then a Mum must literally mean any golden flower!

So, how exactly are these flowers associated with the month of November aside from the famous European tradition? The clue to this is hidden behind the many beliefs of cultures all over the world!

What is the Symbolic Meaning of the Chrysanthemum?

Here’s what to know about Chrysanthemum symbolism:

The main reason why Mums are the birth month flowers of November is that they are fall-blooming ornamentals. It is also an important source of medicine and insecticide for many industries.

The cultural history of Europeans has already well-established that Mums were the perfect flower to symbolize condolences and grievance. In fact, early Italians believed it was a flower associated with death! But what do other cultures and traditions have in mind for this brightly-color flower?

Traveling to Asia, Mums were regarded as very noble and sacred floral symbols. In Japan, the Chrysanthemum held the symbolic meaning of royalty and nobility. HIstoric Japanese emperors and dynastic rulers sat on Mum-like thrones to symbolize their golden status.

Chinese also have a bright belief in these flowers. It was a flower with a symbolic meaning of a bountiful harvest and peace for traditional Chinese farmers. They would plant these flowers around their farms and homes for great produce!

Meanwhile, in the United States, Mums were the official flower in middle and high schools. With the vibrant petals these Mums have, these were symbolic of the happiness, wealth, and optimism the youth had! It also symbolized the promotion of mental health and a wonderful friendship which the youth continue to advocate for today!