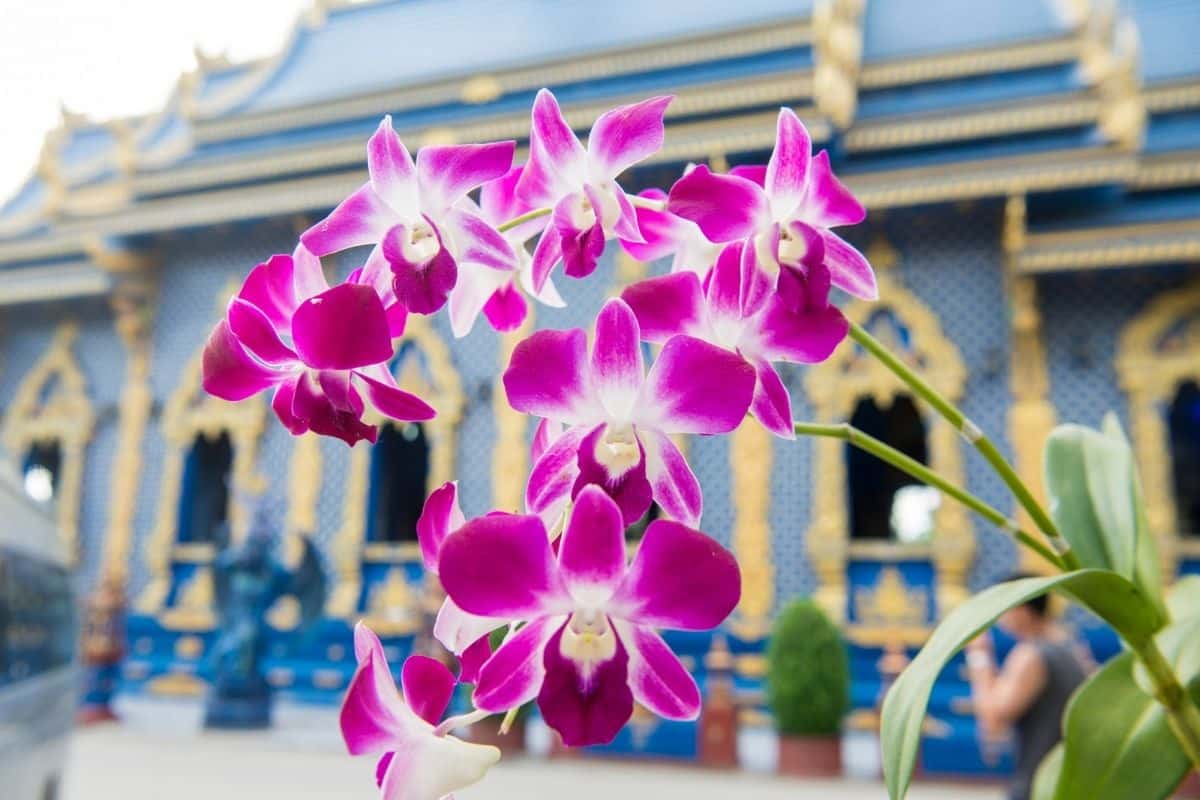 It isn’t every day that you can come across an Orchid. The most interesting thing about this flower is not only its ornamental beauty.

In fact, one of the world’s most highly valued and delectable spices and flavoring comes from this gorgeous plant! There are so many interesting facts about Orchids that you just HAVE to keep reading to find out! Pro tip – this would make a gorgeous addition to your indoor floral collection!

The origin of the Orchids is as transcendent as its beauty. Its history dates back to 120 million years ago. Amidst its very early discovery, the earliest records of the Orchids were between 3,000 – 4,000 years ago in China and Japan.

The first Orchids were botanically defined in 1845 as non-woody perennial plants with showy 3-petaled flowers. Unlike other florals that belong to a single genus, Orchids may come from quite a few different genera.

To mention a few, here are some of the most popular genera of Orchids – the Dendrobium, Cattleya, Vanda, Vanilla, and Phalaenopsis which all belong to the Orchidaceae family.

You might be wondering how this flower got its name – truly, it is not what you’ll expect. The name Orchid comes from the Greek word Orchis meaning testicle! The Greek philosopher Theophrastus coined this word! Why of all things a testicle? Because the Greeks saw the root tuber’s resembled it!

With its beauty so transcending, the Orchids are adored just about anywhere around the globe! Specifically in the tropical regions to montane cloud forests with a big exception of the cold in Antarctica!

The symbolism of Orchids has a great big ordeal for many countries and cultures. In Singapore, the Orchid Vanda Miss Joaquim is the country’s national flower symbolizing its resilience and its all-year-round blooming splendor!

The Chinese locally know Orchids as Lan Hua and is said to symbolize love and beauty as well as refinement! According to Chinese beliefs, these flowers also are symbolic of many children.

In the language of flowers, an Orchid blossom entails an irresistible charm and an inspiring grace. Such flowers are also the epitome of high social status and regality, But alas, not all meaning behind such things is too good to be true.

Surprisingly, the presence and sight of an Orchid convey a hidden mystery – like a guessing game! But don’t guess too hard because the mystery behind these actually mean having a sense of maturity and sensuality.

What does a White Orchid Flower Mean?

White Orchids give the meaning of a divine grace creating good flowing energy in the surroundings.

What does a Pink Orchid Blossom Symbolize?

A gorgeous Pink Orchid offers the symbolism of flattery. Some may even say that this particular flora symbolizes the rare beauty of a lady.

What does a Purple Orchid Floret Indicate?

What does a Red Orchid Bloom Represent?

What does a Blue Orchid Flower Symbolize?

This blue flower is symbolic of prized treasure – just what an Orchid truly is! In fact, these florals are also a figure of tranquility.

What does a Yellow Orchid Blossom Mean?

Having such flowers with yellow petals means being thoughtful and joyful – just like the shining sun!

What does an Orange Orchid Floret Represent?

These orange blossoms represent a thriving endurance and the state of being lighthearted amidst the endurance! Quite tacky!

What does a Green Orchid Bloom Indicate?

Green has always been a lucky color – the color of a four-leaf clover! For Orchids, this symbolizes bountiful good luck and prosperous long life.

What is the Cultural Significance of an Orchid Flower?

The ancient Greeks believed Orchids were potency charms women used to enchant men. In fact, the women used the tubers as a charm to execute their sexual desires with their partners and vice versa!

Meanwhile, in ancient China – Orchids are regarded as the scent of kings because of their sweet and pleasant fragrance. Many Chinese folks admire this flower as a sign of nobility and a lasting friendship built on sincerity. The socially elite gift these flowers for those reasons! True friendship is like the sweet fragrance of an Orchid – timely prevailing with its charm and grace.

What is the Biblical Meaning of an Orchid Blossom?

According to the Christian faith, a Dove Orchid is the floral embodiment of the Holy Trinity. In some biblical texts, the Dove Orchid also symbolized the white dove that appeared during the Great Flood and Jesus’ baptism.

It sends the meaning of hope, guidance, and a new fresh start.

What is the Spiritual Influence of an Orchid Bloom?

As you would have guessed, an Orchid offers the spiritual influence of strong sexual energies. It helps and spiritually heals sexual harmony by awakening a deep level of consciousness in sexuality.

Meanwhile, the Dancing Lady Orchids also offer a spiritual influence in guiding you to make peace with your past. To make peace with the past, these flowers promote the release of these burdening feelings of numbness and degeneration.

The floral essence of an Orchid allows the spinal energy to activate and create a consistent flow to all areas of the body. Once this has been achieved, a naturally high-energy level environment is available.

What is the Folktale Associated with an Orchid Floret?

Simply because of its charm and beauty, a few enchanting folktales and myths are associated with Orchids. In some tales, carrying on you a Cyprideduym Orchid will serve as an amulet and will provide you personal protection.

The purple Orchids also have some magic to them. Folklore witches used the flower’s roots to create various potions of enchantment. Carrying these flowers was also said to attract love when sewn onto a small velvet pouch!

What does an Orchid Floral Tattoo Symbolize?

When thinking about a floral tattoo design, you would always go for one that best reflects who you are – inside and out! So, choosing an Orchid for a tattoo design symbolizes good taste and refinement. Not only that but it is also a display of womanly fertility and strength as well as her rare beauty!

Orchids are very prized horticultural flowers for indoor pots and gardens. These flowers are not only well-known ornamentals but also an important source of Vanilla – one of the world’s most delectable and prized spices. The ancient Aztecs were the first to discover and use the Vanilla pods of these flowers.

It is a popular culinary custom in Malaysian to use Jewel Orchids as fresh vegetables and the Dendrobium Orchids leaves as a spiced cooked in rice.

In terms of folkloric medicine, the traditional Chinese during the time of Confuscious were the first to use the Orchids as a herbal remedy. For example, the Dancing Lady Orchids infused into tea were historically used to treat skin rashes and arthritis pain.

The West Indies also commonly used another species of Orchid – the sharp-petaled Bletia boiled into a tea to treat common fish poisoning. A word of warning that it’s a must to always consult a medical professional before using this plant or any part of it for medical purposes.