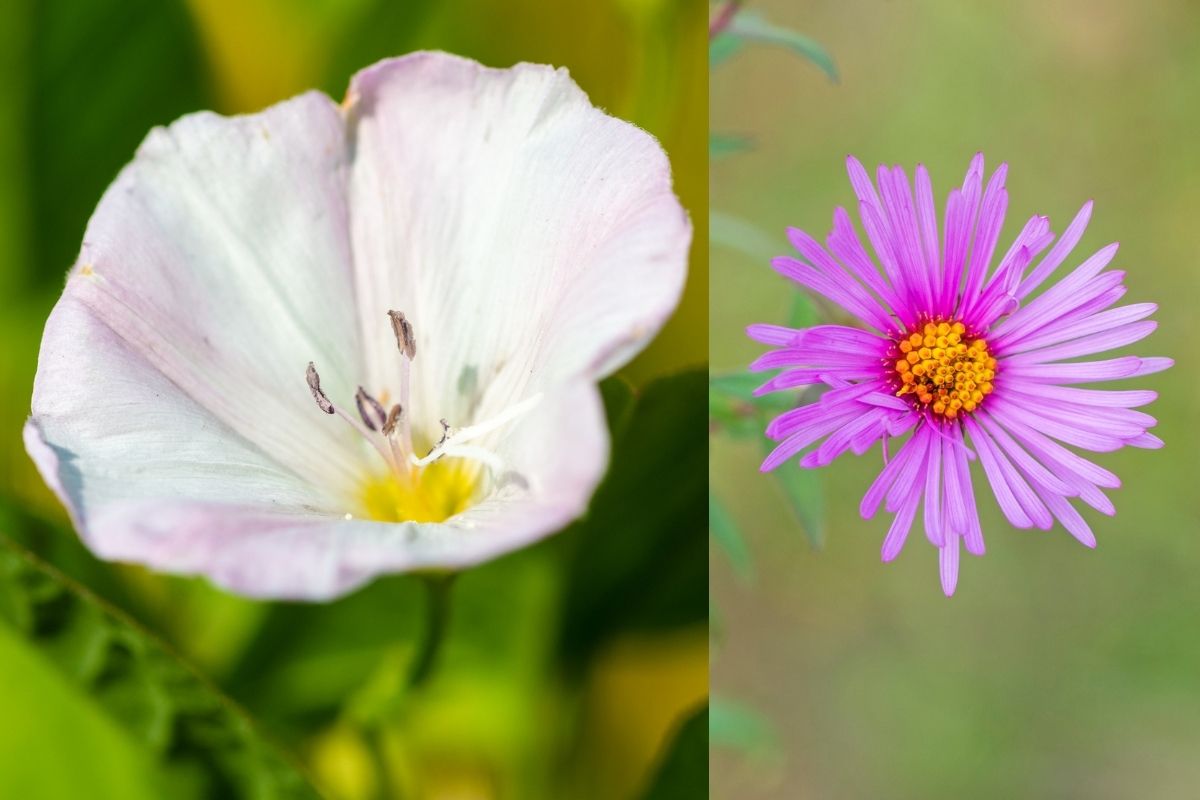 The first of the -ber months are finally here marking the end of Summer and the start of Autumn! As the tune of the famous song goes – do you remember the 21st night of September? Ah, September – a month full of love and peace that can change the world!

In fact, another famous tune of a song says that you should wake up when September ends – and you should because of the beautiful birth month flowers of this month!

It’s no doubt that September is such a memorable month because of iconic songs that are always kept at heart and in mind! It was the time of the year previously known as the seventh month in the Roman calendar.

The word September comes from the Latin word Septem meaning seven. It wasn’t until the reformation of the Roman calendar that it became the ninth month. Before the reformation, this month also only had 29 days compared to the 30 days of today.

The amazing birth month flowers associated with September are the Asters and Morning glories. Although both are different in symbolic meaning, both are also agreeably beautifully captivating and perfect for this month!

With such gorgeous flowers also come exciting festivities and commemorations during September. These include the International Day of Peace, Remembrance of the tragedy of 9/11, Michaelmas day, Asian Mid-Autumn Festival, and Suicide Prevention!

There are quite a few interesting symbolic meanings and facts you have to know about these flowers! In fact, the Aster is famously dubbed as the Daisy look alike! The distinguishing thing that makes these flowers stand out lies in secret within their petals.

Apart from their uncanny resemblance, an Aster is a leafy-stemmed plant with floral heads of colorful rays of petals. These perennial herbaceous flowering plants are widely native to Europe, Asia, and North America depending on species.

You probably often mistake an Aster for a Daisy or the other way around! But no worries because these two are actually distantly related. Although the Asters come from the Aster genus, it shares the same family with the Daisies – the Asteraceae family.

Here’s something interesting to know! There are other flowers also called Aster but are not truly from the Aster genus. Some of these Aster look-alikes belong to different genera including Heterotheca, Symphotrichum, and Eurybia.

The genus and floral name Aster were borrowed from an ancient Greek word Asterisk meaning star – simply because the Greeks believe its floral shape resembled the heavenly body! Next time you use an asterisk in a document or writing, you’ll probably think of an Aster!

Other floral names Asters go by are the Starwort and the Michaelmas Daisy – which has something to do with its symbolic meaning!

What is the Symbolic Meaning of the Aster?

Here’s what to know about aster symbolism:

Historic Chinese cultures also agree that Starworts are indeed symbolic of beauty, charm, and grace befitting those for a goddess!

An Aster is also known as a floral star that fell from the sky. Many have also come to believe that these flowers sprung from the tears of the zodiac maiden Virgo – symbolizing her untainted innocence and purity.

Since it is a flower sacred and symbolism of the goddesses, any name with the prefix As according to Norwegian mythology belonged to the gods. Similar to how Asgard is a godly Scandinavian heaven in myths.

It was indeed sacred to Greek, Roman, and Scandinavian gods that many wreaths and garlands were made from Starworts and offered in temples or altars. This act symbolized giving praise and prayers to these gods and goddesses.

In the more enlightening and spiritual sense, a Starwort blossom symbolizes modesty and orderliness. This is so because of the way the petals gently bloom in a harmonious and synchronized way.

Although Starworts are very beautiful and sacred to some cultures there are a few folktales about some tragedies associated with these flowers. In a Greek tale, a purple Aster speaks of the suicide of King Aegeus when his son, Prince Theseus forgot to set a white sail.

Meanwhile, a Cherokee Indian legend also speaks of a terrible mishap. Two tribes were at war leaving only two sisters to survive. To save them and their innocent beauty, a herbal witch turned them into beautiful purple and blue Asters.

Oh, the glory each morning brings when the sun rises and the Morning glories bloom. There are some symbolic meanings that make these flowers very interesting. The Morning glory is a trumpet-shaped flower blazing its rhythmic beauty at the rise of dawn. It is a plant commonly related to sweet potatoes and water spinach!

Morning glories are also famously known as Bindweed – and you can guess why. It is an herbaceous or shrubby vine with a binding habit of growth! These plants usually cling to walls and other plants!

These trumpet-shaped viney flowers are either annual or perennial depending on the species. Belonging to the genus Ipomoea, these blossoms are also a part of the Convolvulaceae family. There are 600 species from this genus that are native to tropical America and some areas of Central America.

The origin of the genus and family are quite similar in some ways. It all relates to the plant’s habit of growth! Convolvulaceae comes from the Latin word Convulvare meaning to twine or bind. Meanwhile, the genus name Ipomoea comes from the Greek words Ips meaning worm and homoios meaning like – referring to the worm or twisting growth.

The floral name though is quite intriguing. Many have come to believe it refers to the moment of the male phallus in the morning – just like the flowers blooming at the wake of dawn! Some say that it is called by this name because its bloom only lasts a single day – living beautifully and gloriously for just one day!

What is the Symbolic Meaning of Morning Glory Flower?

Here’s what to know about morning glory symbolism:

With its habit of growth being the main reason for its floral name, you would probably think this also has something to do with its symbolic meaning. Surprisingly, its symbolic meaning isn’t related to this – instead, it is influenced by the time it blooms!

In the Victorian Era, Bindweeds were seen as symbols of never-ending love. Enlightened spirituals also believe these were flowers symbolic of the transience of life – glorious in the morning and withering away in the evening.

For some beliefs and cultures, a Bindweed signifies farewell and departure also from the way it dies away at night. Old English and French folks know the Morning glories as the Belle of the day – or simply the beauty of the day!

The blue Morning glory has a very specific symbolic meaning – something very much related to the serenity of the blue skies. Just like how the skies from evening to morning turn from gray to blue, these Bindweeds symbolize peacefulness.

The Morning glory is a classic symbol of happiness in gardens – welcoming the beauty of a new day.