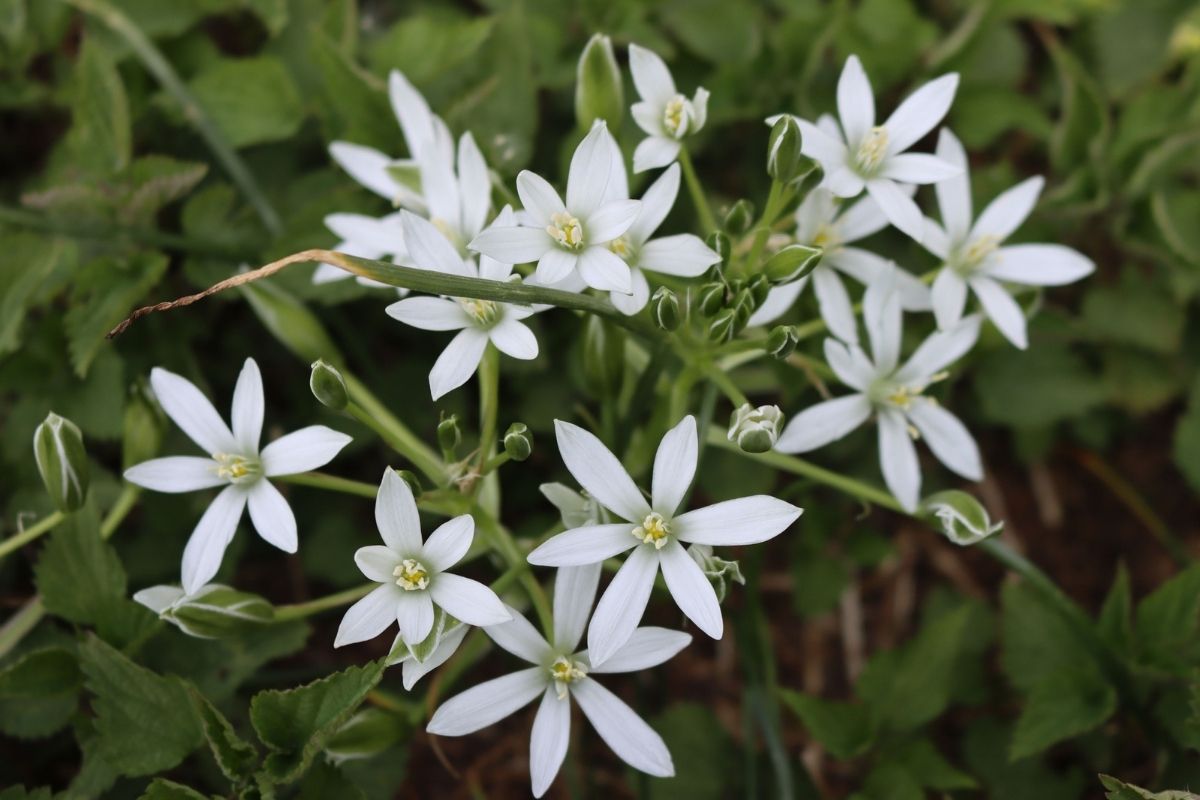 The Star of Bethlehem isn’t what you think is. In fact, it is actually a flower heaven sent on the night of the Savior’s birth.

History of the Star of Bethlehem Flora

The Ornithogalum umbellatum or botanically known as the Star of Bethlehem was first described in 1573 as a white star-shaped flower. The genus Ornithogalum comes from the Greek words. The first syllable ornis means bird and gala means milk.

It is a bulbous perennial native to the Mediterranean from the Asparagaceae family. This flower has distinct similarities to that of the crocus and garlic! How cool is that?

Symbolism of the Star of Bethlehem Blossom

Ornithogalum umbellatum and its other relative species are chosen symbols of the epiphany during the month after Christmas. Over the Holidays, the flowers are ornamented in garland or wreath arrangements signaling the celebration of the Birth of Christ.

Popular Christian belief also signifies this flower as the motif of Christ with the six points comprising a double triangle. This double triangle in return symbolizes the elements of fire and water.

Meaning of the Star of Bethlehem Bloom

Purity and idleness are also associated with these dainty flowers for their subtle colors and humble beauty.

What Does a White Star of Bethlehem Flower Mean?

A white flower of the Ornithogalum plant genus implies the symbolism of innocence, honesty, and forgiveness.

What Does an Orange Star of Bethlehem Blossom Symbolize?

Orange Ornithogalum floras species embody the spirit of one who is struggling against dark forces. It signifies bravery and courage.

What Does a Red Star of Bethlehem Bloom Represent?

The Star of Bethlehem with flamboyant red-petalled flowers depicts the struggle of one for freedom and liberty. It denotes one’s bold strength and determination.

What is the Spiritual Significance of the Star of Bethlehem Flora?

Strangely enough, the bible and Linnaeus refer to this flower as the dove’s dung believed to have fallen from the sky.

Amidst this odd name, biblical tales say that these flowers rained down unto the meadow of the shepherds during the night of Christ’s birth. It is known as the morning star of Jesus and was sent from the heavens as a symbol of guidance and promise.

The story goes on to say that the flower is a descendant of the star that appeared in the East to guide the three Kings on the Holy Night. Shortly after the birth of Jesus, the guiding star burst into a bright light and rained down as the flowers in the shepherd’s meadows. Truly an astonishing sight to imagine when you hear this tale! Simply beautiful!

What Does a Star of Bethlehem Floral Tattoo Mean?

Christians and Catholics typically choose this floral tattoo design for two reasons. The first reason being an embodiment of guidance through the day-to-day adventure and obstacles of life. The second reason being a beacon of hope that the time will come again to ask for forgiveness and strive for peace.

Uses of the Star of Bethlehem Flower

The Ornithogalum umbellatum and its relative species are actually plants labeled as toxic and poisonous for the presence of diphenyl lobelidiol alkaloid. Research on the medicinal use of the plant and its parts for extract in treating heart failure is underway and still in the works.

Some individual reports claim that extracts from the plant improves heart function and decrease lung congestion and water retention in the legs. Amidst these claims, further research and evidence are needed.

Interestingly, a white species of this plant found in the plains of Syria and Palestine are deemed edible. The plant’s bulb is used as food and can be cooked by boiling.

For safety reasons, it is best that this plant be only used for horticultural purposes such as garden ornaments or decorations.