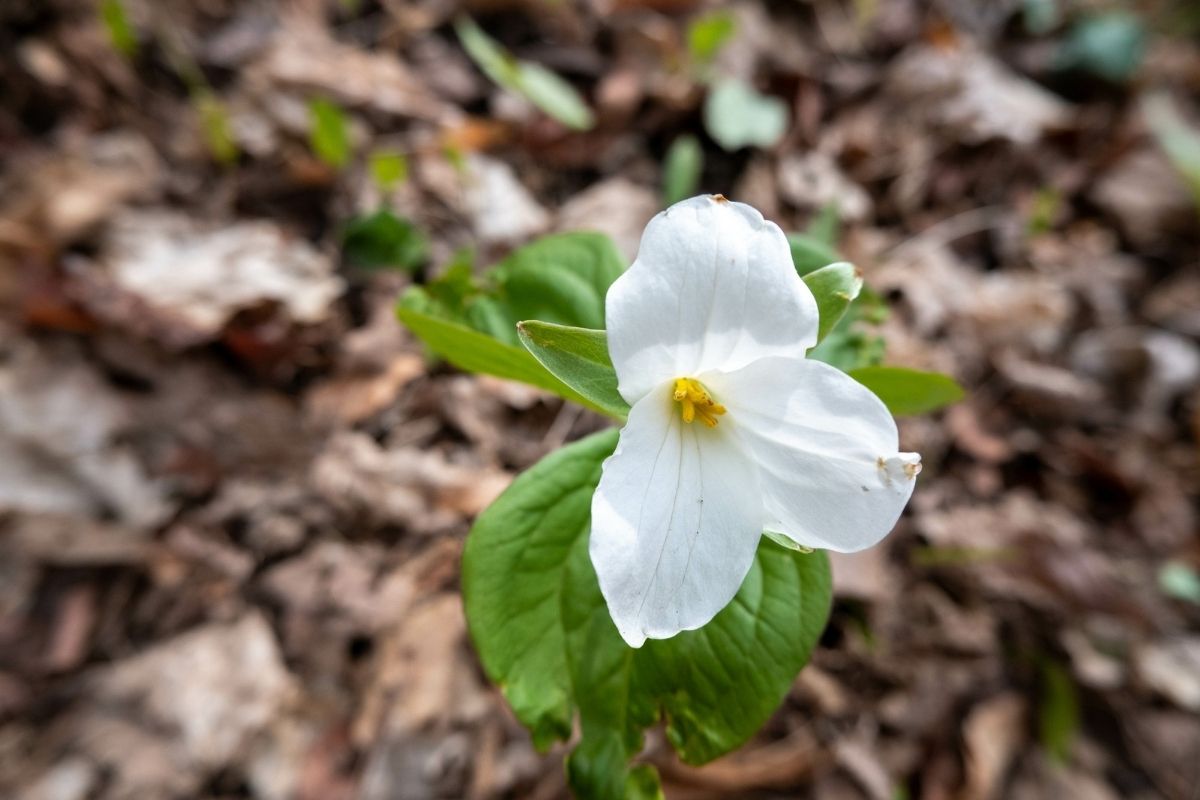 You’re probably wondering about what’s so special about Trilliums. Here’s something to wonder about. Have you ever seen any flower that changes colors through time? Well, the Trilliums are just that special! Another thing you won’t miss about these flowers is that their parts come in threes of everything! If you want to know what these mean and symbolize, you just have to keep reading to find out.

The Trillium or collectively called Trilliums were first described in 1760 as a plant with erect stems and comes in threes of almost every part! Such parts that come in threes include the leaves, petals, sepals, stamens, and stigmas. It is a perennial herb native in most parts of North America and in some parts of Asia.

The flowers belong to the genus Trillium with only 25 known species. Some cited works of literature say that the genus belongs to the lily or Liliaceae family, but truly, it actually belongs to the Melathiaceae family. The genus can derive from three languages. These include the Latin word tres, the Greek word tris, or the Swedish word trilling. Do these have different translations? Nope! It both means three or triplet in English and is referring to the parts of the flower that comes in threes.

The discovery of these plants is a fascinating one. It was found in a Columbian river during the expedition of Lewis and Clark. After its journey of discovery, Frederick Pursh was the first to describe the plant in the name of science. Today, the flowers are cultivated as wild garden flowers and are known by other interesting names.

The Trillium can also be known as Wake robins or Birthroots. Some major species of these include the common Water robin (T. erectum), the Snow Trillium (T. grandiflorum), and the Nodding Trillium (T. cernuum).

The Trilliums are honored as the official provincial floral motif of Ontario in Canada. In the United States, the blossoms were elected in 1987 as the state official flower in Ohio.

Symbolically, these blossoms are known to be heralds of Spring! Sad to say, even if it is a herald of Spring these flowers are also a representation of delicacy and fragility. Because in reality, these blossoms are extremely sensitive and weak that if you pick them, no other plant will grow in its place even after quite some time!

The interesting meanings behind Trilliums take after its other common names: the Wakerobin and the Birth root. Do you know about the saying: the early bird catches the worm? Well, the name Wake robin actually means something quite close to that. If you observe its time of bloom, the flowers begin to burst open during the early days of Spring!

Meanwhile, the Birth root name comes from a whole different context. In traditional and folkloric medicine, the flowers were said to have special abilities in reducing uttering bleeding and pain during and after childbirth.

What does a White Trillium Flower Mean?

A white Birth root flower sends the meaning of being modest and humble.

What does a Pink Trillium Blossom Symbolize?

What does a Purple Trillium Floret Indicate?

Being enthusiastic and passionate are indicated by the appearance of purple Birth roots.

What does a Yellow Trillium Bloom Represent?

You already know that Trilliums are heralds of Spring. It’s not surprising to believe that these flowers with yellow petals represent glee or cheerfulness!

What does a Green Trillium Flower Mean?

Green Trilliums are like floral zealots. They symbolize great energy during bloom time.

What does a Red Trillium Blossom Symbolize?

A mother’s undying love and sacrifice are symbolized by red Birth roots.

What is the Cultural Significance of Trillium Flowers?

Native American tribes believed in the medicinal benefits of Trilliums. For the Menomini Indians, freshly dug roots were used as a wet dressing to treat eye inflammation. Other natives such as the Potawatomi and Chippewa tribes steeped the roots in water to treat sore nipples and rheumatism. These tribes also claimed that the steeped roots can be used as ear drops for infections or inflammation.

What is the Biblical Meaning of Trillium Blossoms?

Some devout Christians say that the flowers are a symbol of the Holy Trinity. Although this is just a belief and is not discussed in the scriptures, these blossoms are actually a manifestation of the Star of David.

What are the Folktales Associated with Trillium Florets?

The people of the Pacific Northwest have an enchanting tale about the Trilliums. According to popular belief, the plant bulbs are used as a charm or talisman for beauty and luck! It was also believed that bringing the flowers into a home will bring about bountiful money and love.

What is the Spiritual Influence of Trillium Blooms?

The essence of Trilliums helps in promoting the balance of learning and its foundation. It guides and humbles experiences centered in peace. If the balance is not achieved, these flowers also manifest spiritual greed and the desire for power and possession over others.

What does a Trillium Floral Tattoo Symbolize?

Choosing a Birth root for a tattoo design is not for many. This particular floral design had a deep symbolic meaning mostly for women. This blossom embodies the gift of fertility and motherhood. Apart from this, it also displays a woman’s inner feminine strength and radiating beauty.

The Birth roots are famously grown as wild garden flowers or in most cases, in public areas. Each plant contains at most 16 seeds and is dispersed by little ants.

Its leaves can be added to fresh salads and dishes because of their similar taste to raw sunflower seeds! Surprisingly, some cuisines also boil the leaves for 10 minutes in butter and vinegar as a substitute for spinach greens.

In traditional and folkloric medicine, these plants offer several benefits. Various native tribes often used the roots topically as a treatment for open wounds and skin sores. They also claim that some species contain the compound sapogenin.

Medically, it is used as an astringent, coagulant, and uterine stimulant hence the reason why mothers after childbirth are treated with this plant. A word of caution that it is a must to always consult a medical professional before using this plant or any part of it for medical purposes.