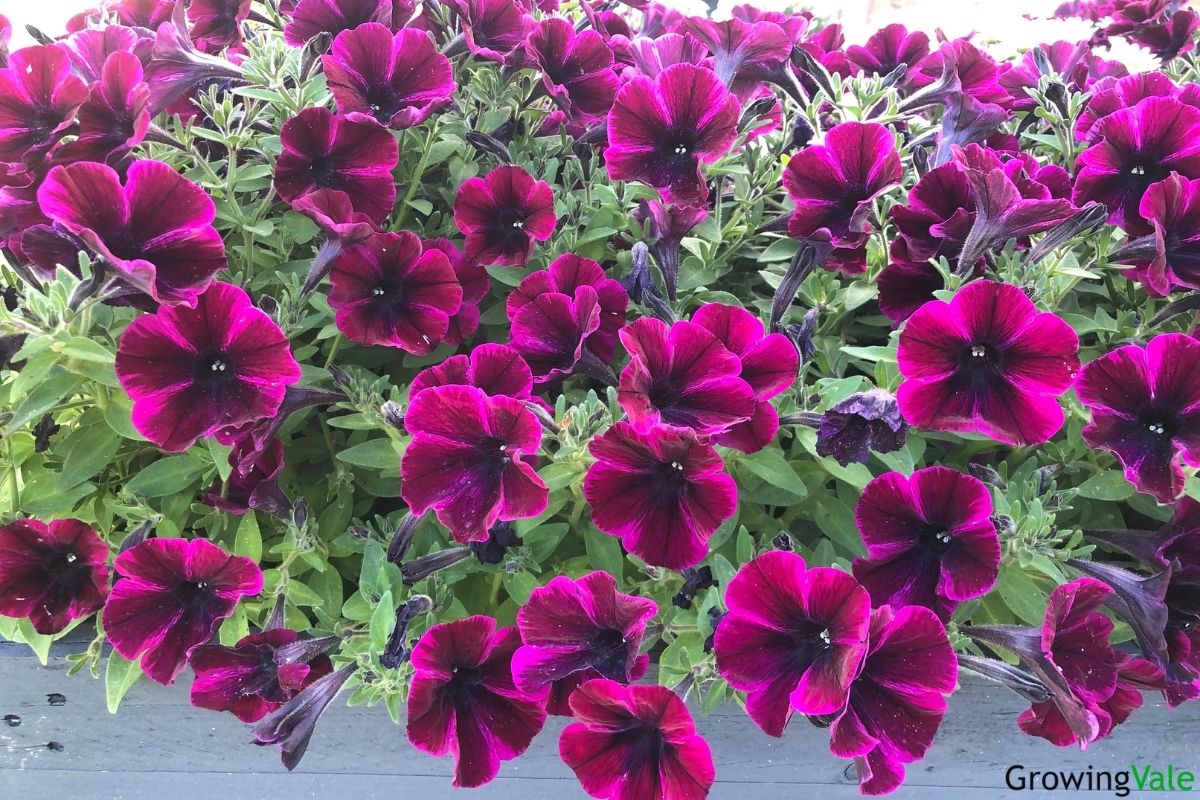 As hot as a chili and as addicting as a tobacco, these flowers are a must in your garden! A Petunia flower is what you would least expect it to be. It is a distant relative to three very famous agricultural crops, the chili, tobacco, and tomato.

What do these four have in common? Aside from belonging to the same deadly nightshade family, these four plants have a very distinct floral resemblance to one another except one of these is mostly used as an ornamental!

The Petunias are truly a remarkable flower made beautiful through science and hybridization. Before becoming the flower that is known today, Petunias were first introduced to Europe in the 1800s as weed-like plants with flowers not as spectacular as you would expect.

These flowers were first defined in botany in 1825 as annual herbs with fragrant and colorful trumpet-shaped flowers.

The Petunias belong to the genus Petunia of the nightshade or Solanaceae family. It consists of a little over 35 species that are mostly native to South America. The genus derives from the French word petun meaning tobacco because its leaves have that similar narcotic effect when inhaled.

The symbolism of these flowers today dates back to the Victorian era. The blossoms were a symbol of Queen Victoria’s abrupt outbursts of anger and irritation.

Feelings of disdain and disappointment are also associated with these flowers. Worry not for these flowers are also embodiments of calmness, peace, and a love equalling excellence.

Petunias symbolize anger and resentment probably because of how delicate and sensitive its flowers are to the cold weather and to the touch! The flowers symbolize two very important reminders.

The first is a reminder that you should never give in to despair or sulking and the second is to always remember to keep your promise!

What does a White Petunia Flower Mean?

The large white Petunias give the meaning of one’s state of calmness and peace. It embodies the solemnity and tranquility of the mind and body.

What does a Pink Petunia Blossom Symbolize?

Beauty and attractiveness are symbolized by Petunias with dainty pink petals. The sweet love of a young couple is also symbolic to these flowers.

What does a Purple Petunia Floret Indicate?

Amidst the short temper of Queen Victoria, purple Petunias define regality and loyalty. It embodies a high social status in life and discipline in action.

What does a Yellow Petunia Bloom Represent?

Appearing as a hazy version of the brightness of the sun, yellow Petunias represent happiness and a good sense of humor. It beams with glee and joy just like a fine sunny day!

What does a Red Petunia Flower Mean?

Red is a passionate color full of emotions and meanings. In the language of flowers, anger and love are the symbols meant by red Petunias.

What is the Cultural Significance of a Petunia Flower?

The Petunia Capital in the United States is found at the heart Dixon city, Illinois. A festival celebrating the Petunias is held annually wherein streets are filled with the colored flowers.

Meanwhile, the Mayan people and Inca empire have different beliefs about these flowers. They made magical beverages from the flower buds for good health and used the flowers’ scent to ward off evil spirits.

What is the Spiritual Influence of a Petunia Blossom?

Believe it or not but these powers hold a spiritual sense to them! Although dubbed as symbols of anger and irritability thanks to Queen Victoria, these blossoms provide spiritual concentration and synchronization. It harmonizes and unites the energy between the mind and body. Doing this will also calm the mind from negative emotions and coordinate it with the heart and body.

What is the Folklore Associated with Petunias?

There is a certain legend that goes on to tell about the scent of these flowers. It was believed that the alluring scent of Petunias is released at night by the souls of forlorn lovers. This legend is the reason why newlyweds are told to grow these blooms!

An old granny’s tale believes that newlywed couples must grow these flowers for magical assistance. This assistance from the blooms will guide the couple in creating their foundation for home and family. If the tales do say to be true, then you wouldn’t want to end up like the forlorn lovers!

What does a Petunia Floral Tattoo Symbolize?

Choosing a Petunia flower as a tattoo design may raise a few eyebrows given its symbolic meaning. A design like this sends a message of being bitter and angry, but at the same time, embodying calmness and peace. The meaning though is really contrasting and unique!

There are only a few known uses of Petunias that you need to know about! The flowers are popularly adored as bedding flowers in gardens or potted plants inside homes. Since these flowers are very versatile, they can also be used as hanging floral decorations.

In some countries, the flowers can also be added as a fresh to salads. For some chefs and food connoisseurs, the blossoms of these plants can be used as a garnish topping in many dishes but actually cannot be consumed. These blooms are simply just for decoration only to add a little more color to a green leaf bowl!

Check our guides about petunia types and petunia care to learn more about this plant.