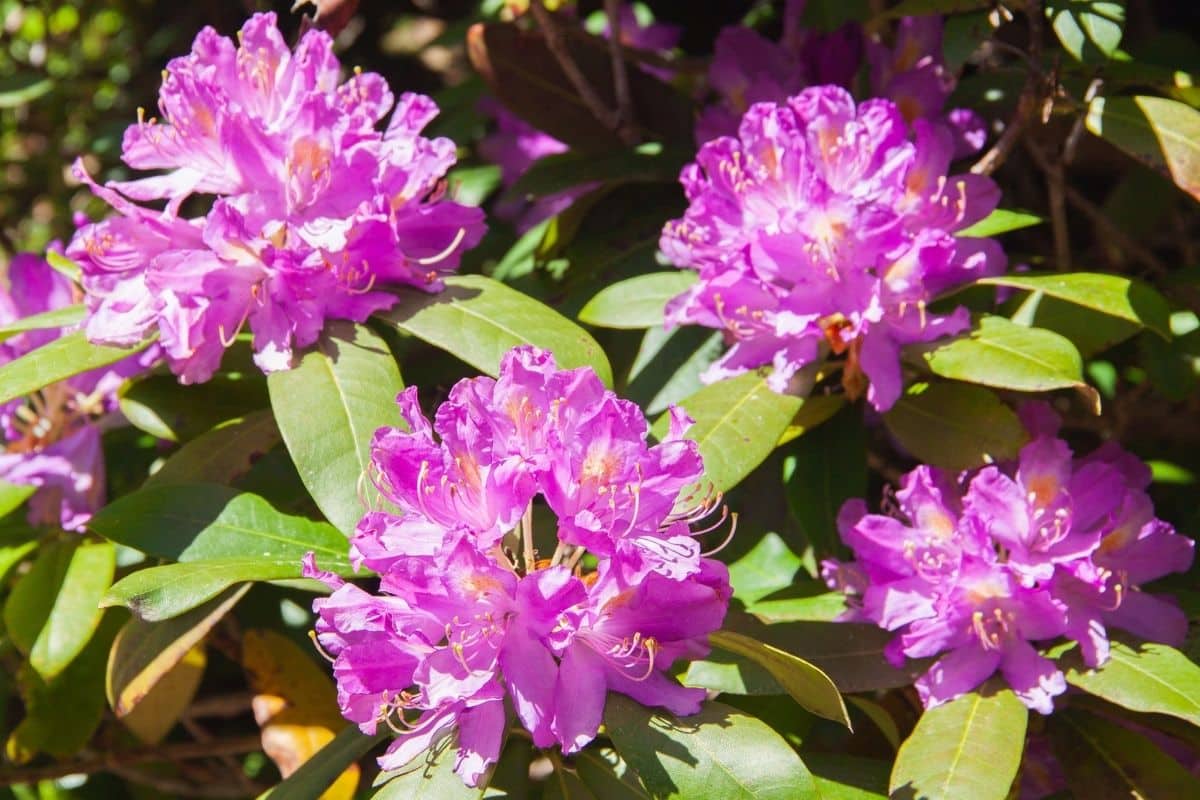 Have you ever heard or seen a flower that is as prehistoric and well-preserved as dinosaurs? The name Rhododendron just about sounds like it has indeed existed for over 60 million years! And with its age, the language of flowers has a very incredible meaning and symbolism for these flowers.

The rhododendron plant is also commonly cited as the Azalea which happens to be just one of the many floras of the genus. It comes in different colors each with different meanings and symbolism.

Besides its other name, a rhododendron flower symbolize warnings and beauty in the language of flowers. The general meaning behind this flower translates to rose tree from Greek words.

History of the Rhododendron Flowers

The first cultivated species of the Rhododendron is known as the Alpine Rose Rhododendron hirsutum. Fossil records during the Palaeocene Epoch believed that the Rhododendron genus existed alongside the mighty dinosaurs. The genus comprises a little over 1,000 different species and includes the very infamous Azaleas that share the same botanical characteristics.

The rhododendron belongs to the Ericaceae family, one of the largest genera in the plant kingdom consisting of mostly woody evergreen shrubs or trees. It thrives in the sunny areas of mountains and forests of the Himalayas and Southeast Asia (also present in other Asian countries).

There are two species of rhododendron native only to northern Australia. In fact, the world’s tallest rhododendron is found in Mount Japfu, India!

Even though it has existed for quite some time, the first description of the plant was made in 1657 by none other than the famous Swedish botanist Carolus Linnaeus. Records of the plants’ cultivation were also discovered in China and Caucasus.

The rhododendron made its way to Europe in 1886 when a dried pressed flower was sent to the royal court. It has also been mentioned that several legends and folklore have been told about this plant.

Symbolism of the Rhododendron Blossom

There are a handful of meaning symbolism when it comes to the Rhododendron. Rhododendrons symbolize something understandable at the same time very contradictory and intriguing. The flowers have been primarily associated with death and murder. Other analogies behind this flower include bravery, robustness, and resistance given its woody and evergreen nature.

It is interestingly attributed to the Zodiac sign Scorpio which is well known to be a misunderstood sign. Amidst this, the floras are creatively featured in wedding bouquets and garlands as a metaphor for love.

The Rhododendron is the state flower or provincial flower of West Virginia and the United States Capitol Washington D.C are nicknamed rhodies. Consequently, it was also elected as both the state and capital official flowers in the 1900s. Meanwhile, in Switzerland, it is also delegated as the national flower.

The Rhododendron meaning is actually consisting of two words put together to have one meaning. From the ancient Greek words, the word rhododendron had the etymological meaning rhodon which means rose and dendron which means tree. Therefore, the flower’s meaning directly translates to the rose tree signifying its brilliant display of florets.

Direct meanings of the Rhododendron include phrases “in waiting” and “to flee” as it symbolizes caution, danger, and distrust. Contradictory to this, the flower also implies beauty, fragility, and grace to those of the floras’ intricate appearance. It also holds the meaning of having a sense of balance and evolutionary progress.

When the rhododendrons are arranged in a bouquet, this has a special meaning as well. The meaning of the rhododendron in this sense radiates positive energy and brings back a positive memory. It can also mean a heartfelt compliment!

The flower rhododendron comes in many beautiful colors. In fact, this beautiful flower has its own floral language because of its great history. Here are just some of the meanings behind each of the flower color.

What Does a White Rhododendron Mean?

White flowers are a favorite in many gardens and the rhododendron is no exception. The white Rhododendrons signify radiating charm and confidence. This ornamental flower has a very peaceful appearance yet a fleeting beauty.

What Does a Red Rhododendron Symbolize?

Most red flowers and the red color are commonly mentioned as the ultimate symbol of love. Although for these flowers, it denotes a deep fictitious temptation and happiness. Red Rhododendrons also signify good luck and a bright future.

What Does an Orange or Yellow Rhododendron Imply?

A yellow rhododendron also has another positive meaning. It also means respect and remembrance of a happy couple during their happy moments spent.

What Does a Purple Rhododendron Signify?

The color purple is a symbol of royalty and nobility. For rhododendrons, it is symbolic of bravery and balance.

What Does a Pink Rhododendron Represent?

Pink rhododendrons are often referred to as the color of affection and love. The same symbolism applies to pink-flowered Rhododendrons that denote self-love and compassion.

What Does the Appearance of a Rhododendron in Dreams Symbolize?

Having dreams are usually messages from our subconscious minds. If you see Rhododendrons appearing in your dreams, be wary of staying alert and cautious of the future.

What is the Cultural Significance of Rhododendron?

In Chinese culture, the Mayin Hua Festival honoring the Rhododendron delavaji is celebrated yearly on the 8th of February. Colorful clothing, bonfire hymns, and Rhododendron ornaments are decorated in tribute to the tale of the sacrifice of Miyulu. Legend has it that Miyulu used the poison of the white flower to kill a corrupt official. Upon her death, her lover’s tears soaked the white Rhododendron into a blood-red flower.

Meanwhile, for the indigenous Zomi tribe of India, the genus name is used as a proxy for addressing women. The Victorian era also appraised this flower with high regard as a symbol of passion.

In the Victorian language of flowers, rhododendrons were viewed as flowers that communicate feelings. Aside from this, many Victorians did not believe the flower meant any positive connotations. Instead, it had the negative connotation of a warning or death threat.

What Does a Rhododendron Tattoo Mean?

Intricate motifs of Rhododendron floral tattoos indicate self-love and one’s sacrifice. It is specially chosen of strong will and confidence.

It’s no doubt that rhododendrons come in various colors each with different meanings. You will find these beautiful flowers growing in many sunny places. Give it some love and the right amount of liquid fertilizer, then you’ll have flowers blooming in no time!

Rhododendrons are one of the most popular cut flowers today – often used in funeral floristry. Many add this cut flower in wedding decorations or wedding arrangements. To harvest these flowers, one should use a sharp knife to cut them off from the woody tree. It’s best to give someone these flowers during a special occasion. Just like roses, these flowers are commonly gifted on mother’s day.

Here are some other interesting facts about the use of rhododendrons. Essential oils can be extracted from the flowers to apply as treatment for sore joints and muscles and abdominal pain. Some even claim that this essential oil can help normalize an abnormal heart rate.

Another interesting fact is the mad honey. When bees extract nectar from these flowers, the honey created from this nectar has a kick to it. The honey is sufficiently supplied with hallucinogens! So pay special attention to the honey you eat.